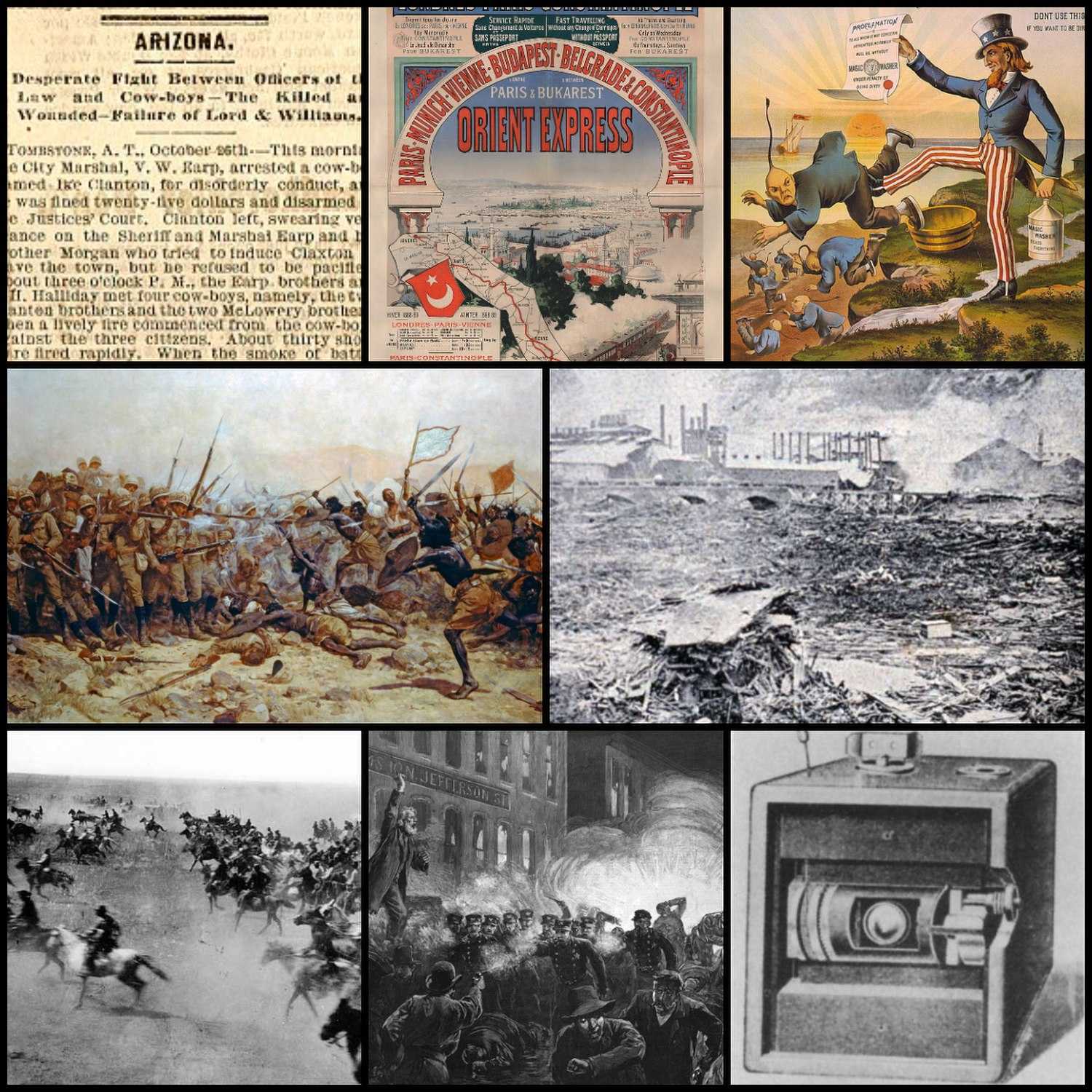 Decade of the Gregorian calendar

The period was characterized in general by economic growth and prosperity in many parts of the world, especially Europe and the Americas, with the emergence of modern cities signified by the foundation of many long-lived corporations, franchises, and brands and the introduction of the skyscraper. The decade was a part of the Gilded Age (1874–1907) in the United States and the Victorian Era in the British Empire. It also occurred at the height of the Second Industrial Revolution and saw numerous developments in science and a sudden proliferation of electrical technologies, particularly in mass transit and telecommunications.