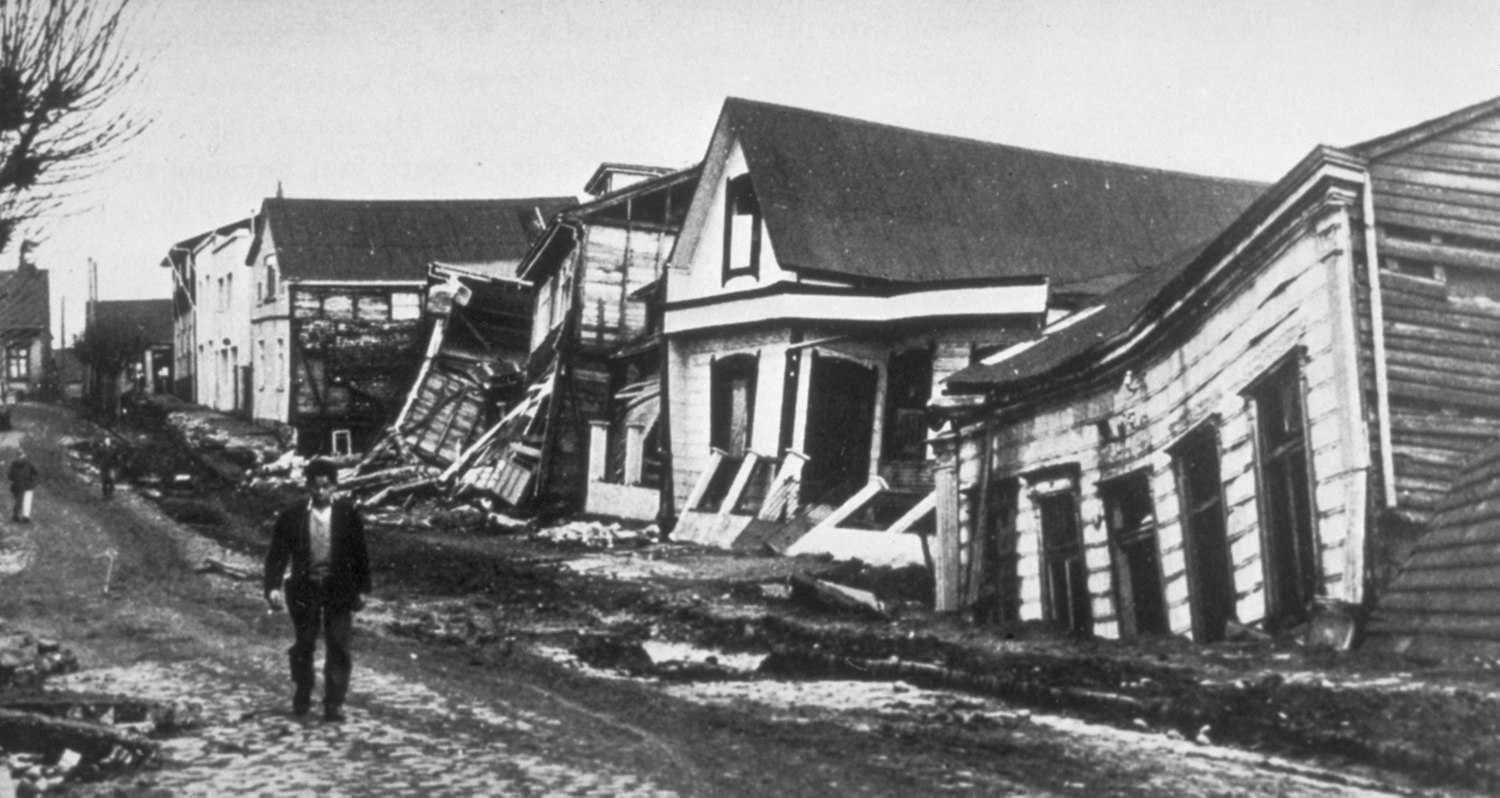 The 1960 year Valdivia earthquake and tsunami (Spanish: Terremoto de Valdivia) or the Great Chilean earthquake (Gran terremoto de Chile) on 22 May 1960 was the most powerful earthquake ever recorded. Various studies have placed it at 9.4–9.6 on the moment magnitude scale.[1] It occurred in the afternoon (19:11 GMT, 15:11 local time), and lasted for approximately 10 minutes. The resulting tsunamis affected southern Chile, Hawaii, Japan, the Philippines, eastern New Zealand, southeast Australia, and the Aleutian Islands.

The epicenter of this megathrust earthquake was near Lumaco, approximately 570 kilometres (350 mi) south of Santiago, with Valdivia being the most affected city. The tremor caused localised tsunamis that severely battered the Chilean coast, with waves up to 25 metres (82 ft). The main tsunami traveled across the Pacific Ocean and devastated Hilo, Hawaii, where waves as high as 10.7 metres (35 ft) were recorded over 10,000 kilometres (6,200 mi) from the epicenter.

The death toll and monetary losses arising from this widespread disaster are not certain.[5] Various estimates of the total number of fatalities from the earthquake and tsunamis have been published, ranging between 1,000 and 6,000 killed.[4] Different sources have estimated the monetary cost ranged from US$400 million to $800 million[6] (or $4.01 billion to $8.021 billion in 2022, adjusted for inflation).