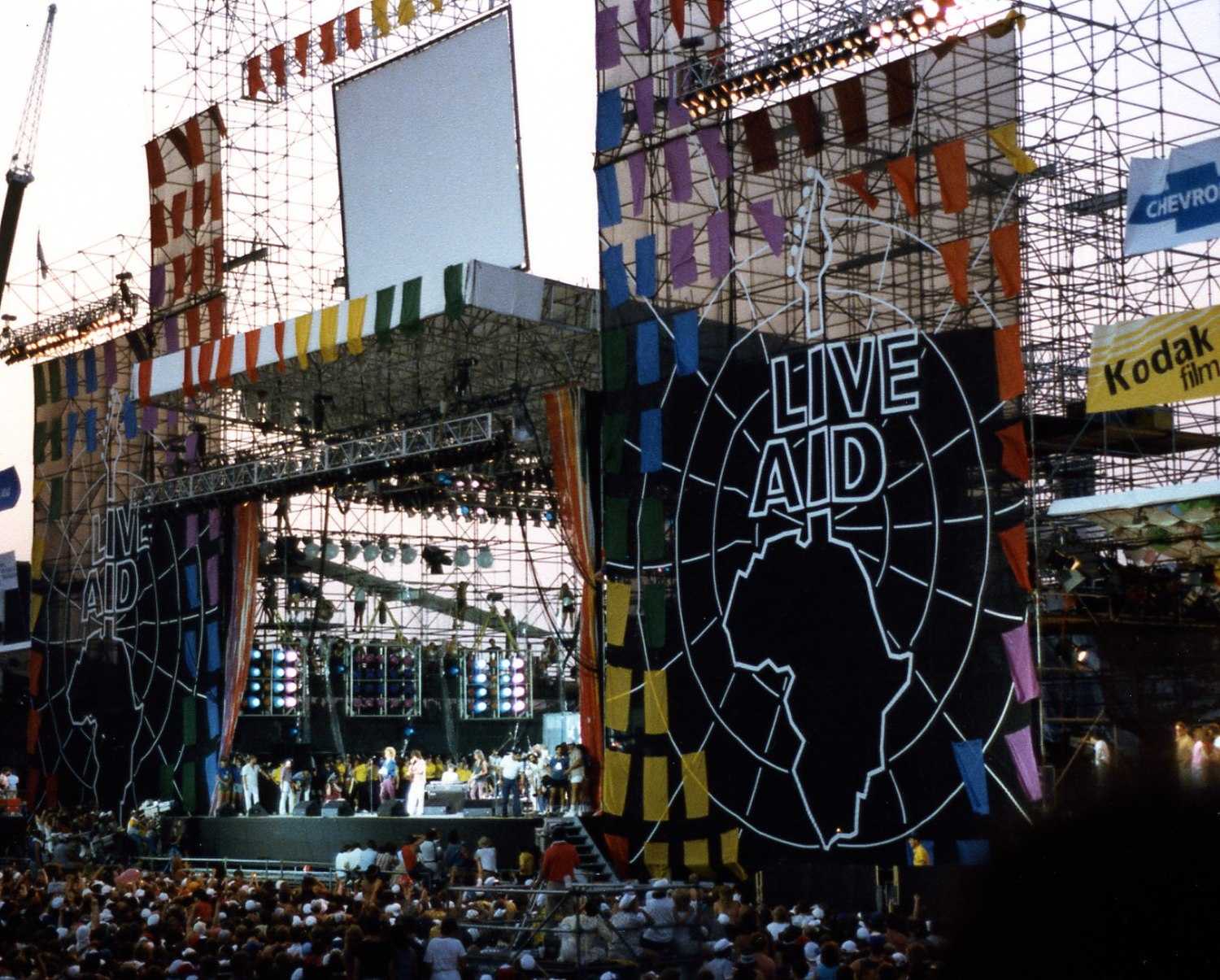 Clockwise from top-left: Royal Air Force C-130 airdropping food during the 1983–1985 famine in Ethiopia; Reductions of up to 70 percent in the ozone column observed in the austral (southern hemispheric) spring over Antarctica and first reported in 1985; Lahars covering the town of Armero during the Armero tragedy; the Hospital Juárez de México which collapsed during the 1985 Mexico City earthquake; Air India Flight 182 seen less than two weeks before the bombing; the Nintendo Entertainment System is released in U.S. stores; a memorial plaque dedicated to the victims of the Heysel Stadium disaster; the Live Aid concert is held in order to fund relief efforts for the famine in Ethiopia during the time Mengistu Haile Mariam ruled the country.
Calendar year

Wikimedia Commons has media related to 1985.

The year 1985 was designated as the International Youth Year by the United Nations.