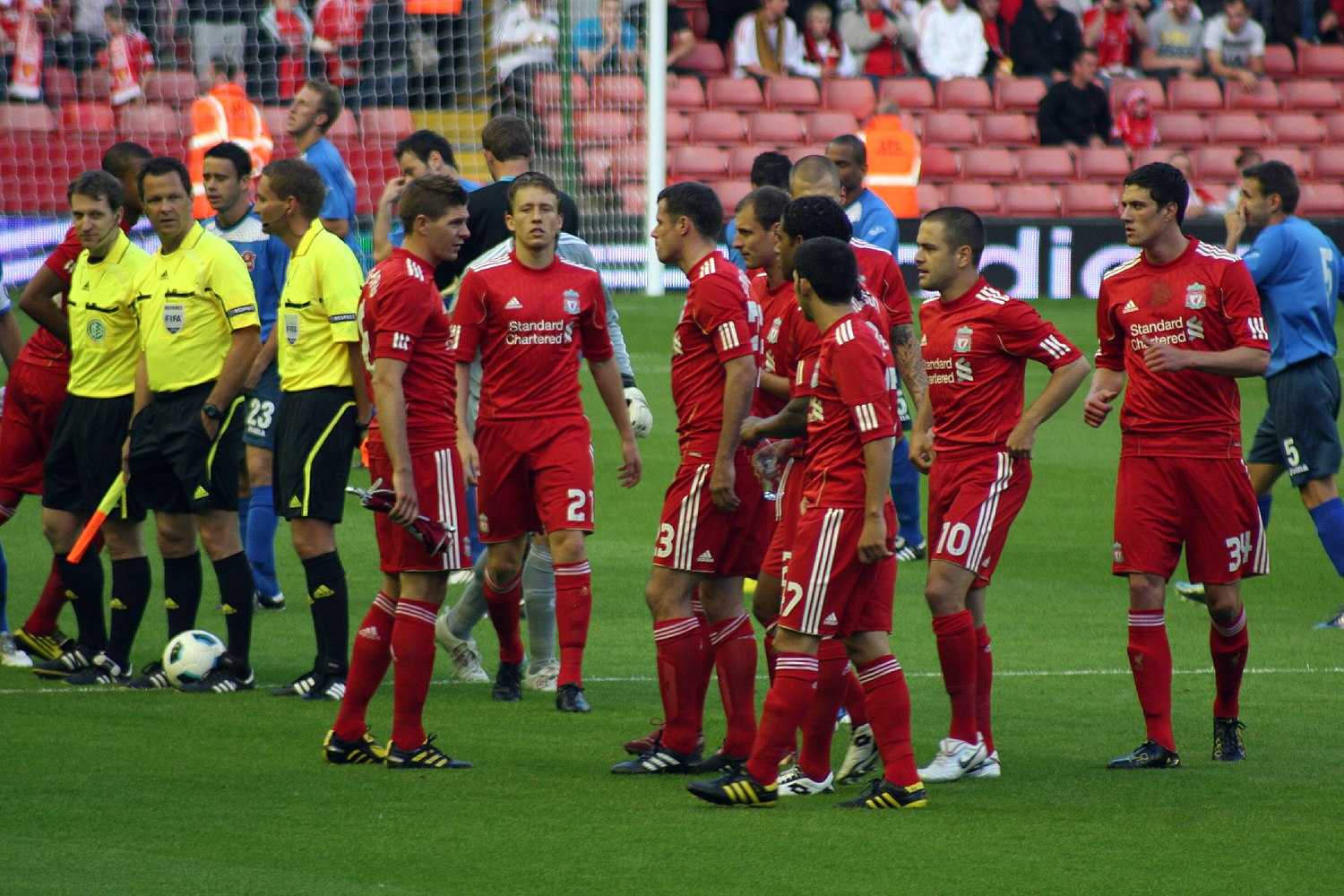 The 2010–11 season was the 119th season in Liverpool Football Club's existence, and their 49th consecutive year in the top flight of English football. Liverpool were sponsored by Standard Chartered Bank, after their deal with long-running sponsors Carlsberg finished after 18 years of sponsorship. Pre-season saw a change of manager for Liverpool, with Rafael Benítez leaving the club by mutual consent on 3 June 2010.

On 1 July 2010, Roy Hodgson was officially announced as new manager.[1]

On 22 September 2010, Liverpool exited the League Cup, going out at Anfield to Northampton Town of League Two on penalties after a 2–2 draw. They also exited the FA Cup losing 1–0 to Manchester United at Old Trafford in the third round. In the last competition in which they were active in, the UEFA Europa League, they were knocked out in the Round of 16 by Portuguese side Braga, losing 1–0 on aggregate.

On 8 January 2011, Liverpool announced that Hodgson had left the club by mutual consent, and Kenny Dalglish was appointed as manager until the end of the season.

Under Dalglish, the squads' fortunes improved, taking popular wins against top sides Chelsea and Manchester United, and the resurgence saw Liverpool rise up to fifth in May. Despite their resurgence Liverpool eventually finished sixth in the Premier League, having failed to qualify for the Europa League.

During the season, Jon Flanagan and Jonjo Shelvey both made their top flight debuts.