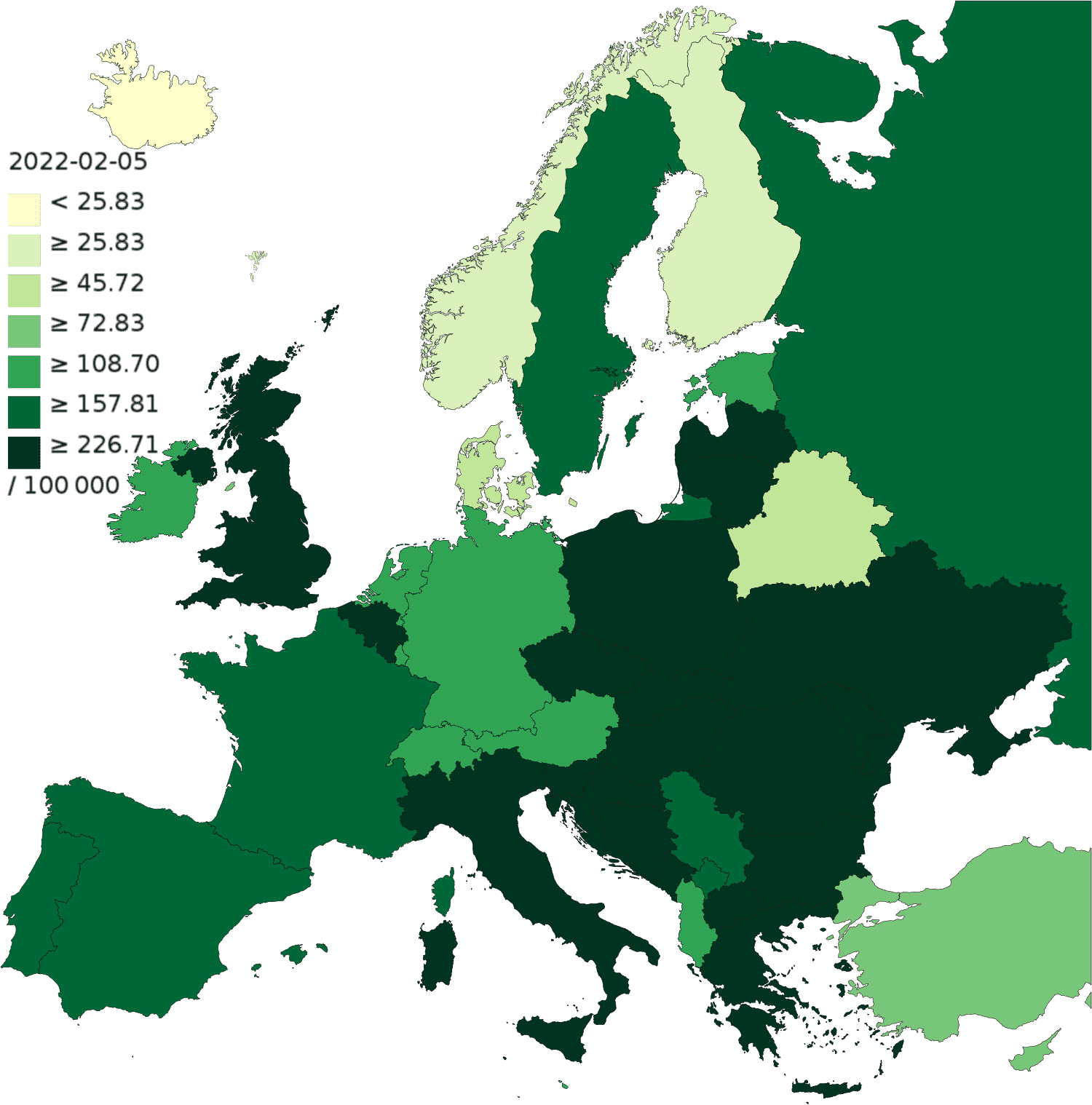 The global COVID-19 pandemic arrived in Europe with its first confirmed case in Bordeaux, France, on 24 January 2020, and subsequently spread widely across the continent. By 17 March 2020, every country in Europe had confirmed a case,[3] and all have reported at least one death, with the exception of Vatican City.

Italy was the first European country to experience a major outbreak in early 2020, becoming the first country worldwide to introduce a national lockdown.[4] By 13 March 2020, the World Health Organization (WHO) declared Europe the epicentre of the pandemic[5][6] and it remained so until the WHO announced it was overtaken by South America on 22 May.[7] By 18 March 2020, lockdowns introduced in Europe affected more than 250 million people.[8] Despite deployment of COVID-19 vaccines, Europe became the pandemic's epicentre once again in late 2021.[9] On 11 January 2022, Dr. Hans Kluge, the WHO Regional Director for Europe said, "more than 50 percent of the population in the region will be infected with Omicron in the next six to eight weeks".[10]

As the outbreak became a major crisis across Europe, national and European Union responses have led to debate over restrictions of civil liberties and the extent of European Union solidarity.

As of 20 May 2022, Europe is the most affected continent in the world. Most affected countries in Europe include France, Germany, the United Kingdom and Russia.