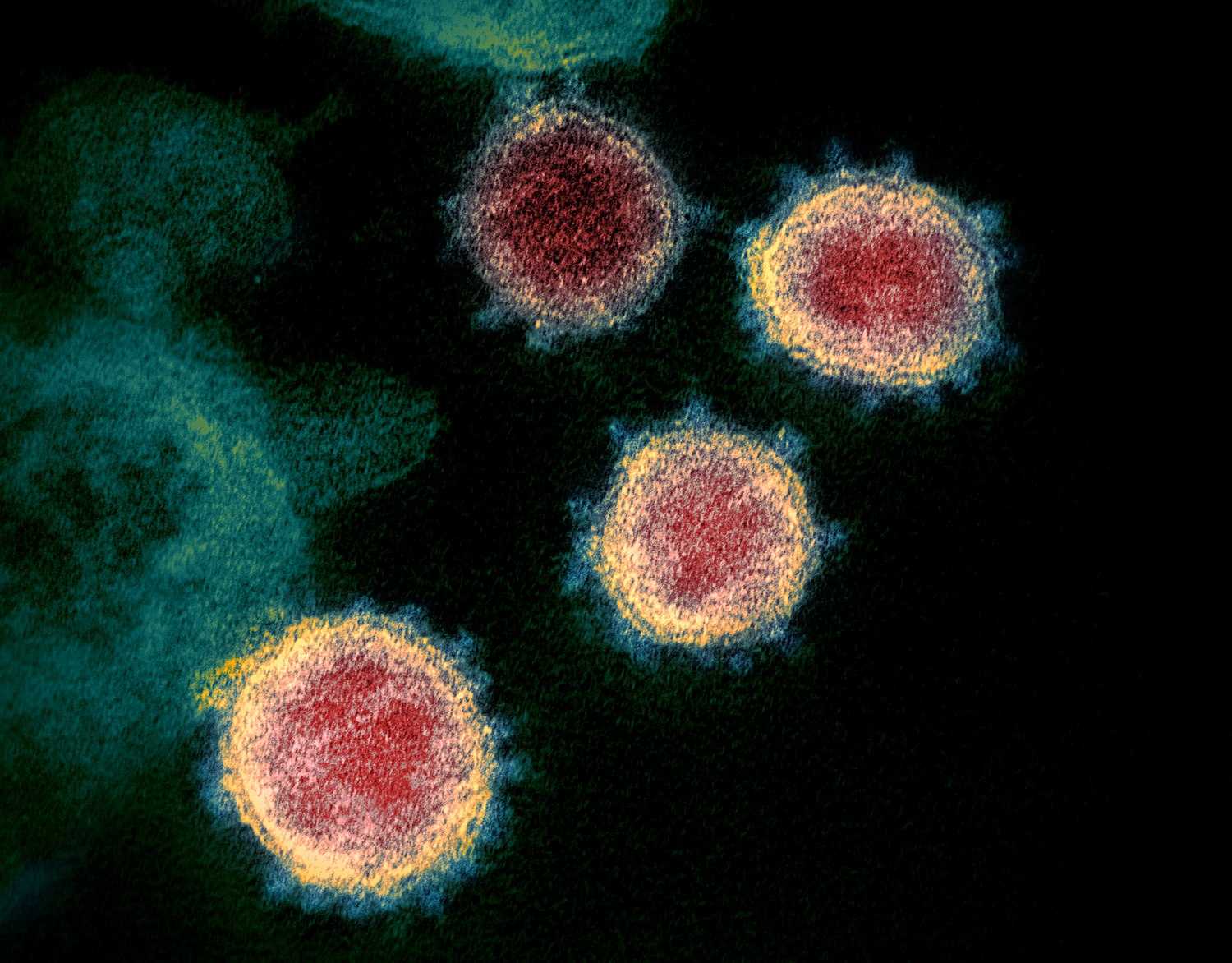 From top left, clockwise: Colourised transmission electron micrograph of SARS-CoV-2 virions with visible coronae, the virus that causes COVID-19, which in 2020 became a pandemic that has so far dominated the decade; A Russian BMP-3 near Mariupol destroyed during the 2022 Russian invasion of Ukraine, part of the greater Russo-Ukrainian War; In addition to many private and public spaceflight advancements, the James Webb Space Telescope was launched in 2021; Taliban fighters in Kabul on a captured Humvee following the 2021 fall of Kabul at the end of the War in Afghanistan.

The 2020s began with the COVID-19 pandemic — the first reports of the virus were published on December 31, 2019, though the first cases are said to have appeared nearly a month earlier[3] — which caused a global economic recession as well as continuing financial inflation concerns and a global supply chain crisis. Multiple international demonstrations occurred in the early 2020s, including a continuation of those in Hong Kong that started in the late 2010s against extradition legislation, protests against certain local, state and national responses to the COVID-19 pandemic, others around the world against racism and police brutality, more in India against agriculture and farming acts, and, most recently, ones in Sri Lanka, Iran, China, and Russia against various forms of governmental jurisdiction and authoritarianism.

The private space race also greatly accelerated in the early 2020s, as did military conflicts such as the Nagorno-Karabakh conflict, the Myanmar Civil War, the Tigray War, the conflict between Gaza and Israel, the Fall of Kabul (which marked the end of the 20-year War in Afghanistan), and the Russian invasion of Ukraine (the largest conventional military offensive in Europe since World War II, having resulted in an immense refugee crisis).

With many extreme weather events worsening in the early 2020s, several world leaders have called it the "decisive decade" for climate action as ecological crises continue to escalate.[4][5] 5G networks also launched around the globe at the start of the decade, and became prevalent in smartphones.