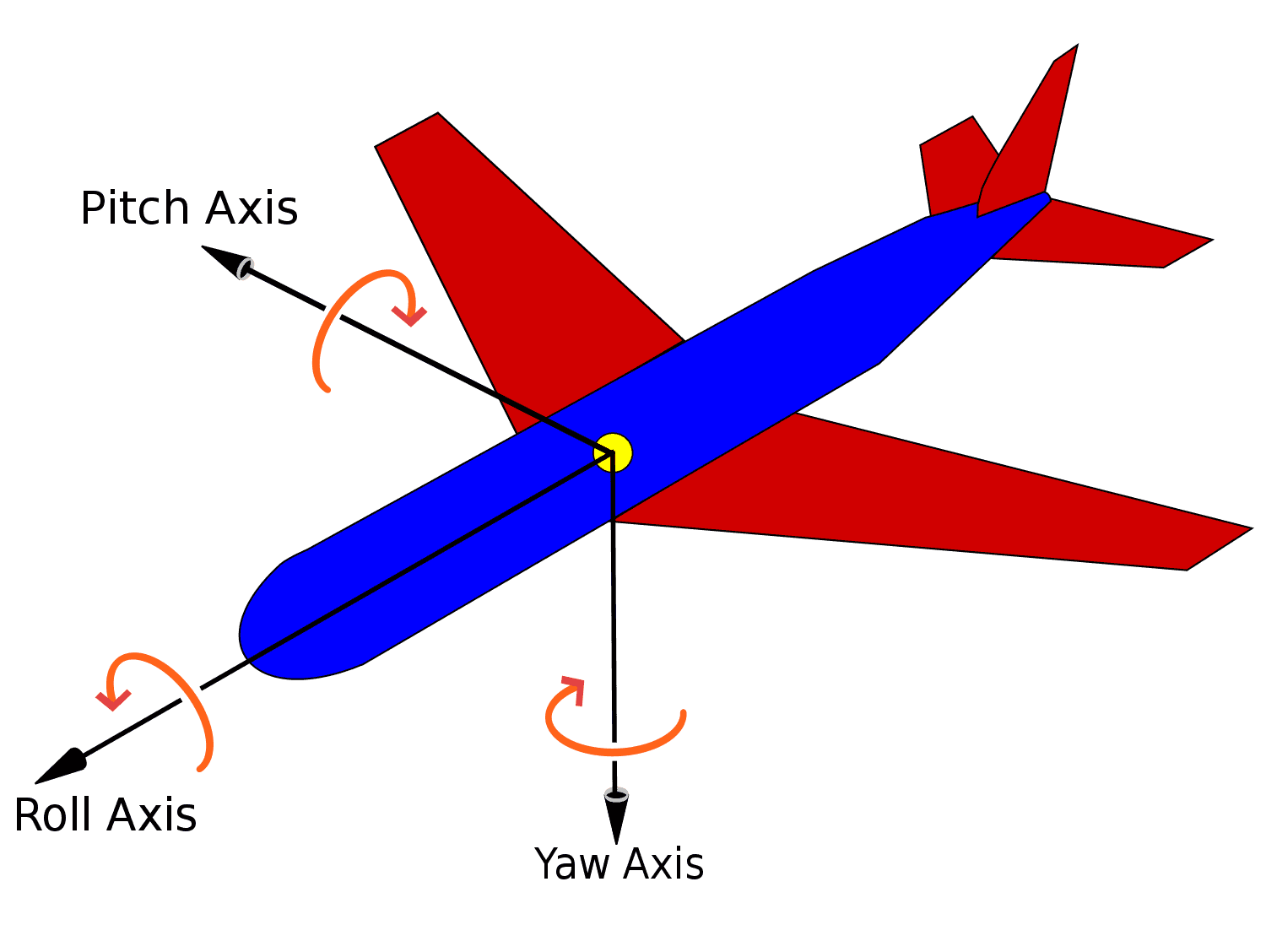 These rotations are produced by torques (or moments) about the principal axes. On an aircraft, these are intentionally produced by means of moving control surfaces, which vary the distribution of the net aerodynamic force about the vehicle's center of gravity. Elevators (moving flaps on the horizontal tail) produce pitch, a rudder on the vertical tail produces yaw, and ailerons (flaps on the wings that move in opposing directions) produce roll. On a spacecraft, the movements are usually produced by a reaction control system consisting of small rocket thrusters used to apply asymmetrical thrust on the vehicle.