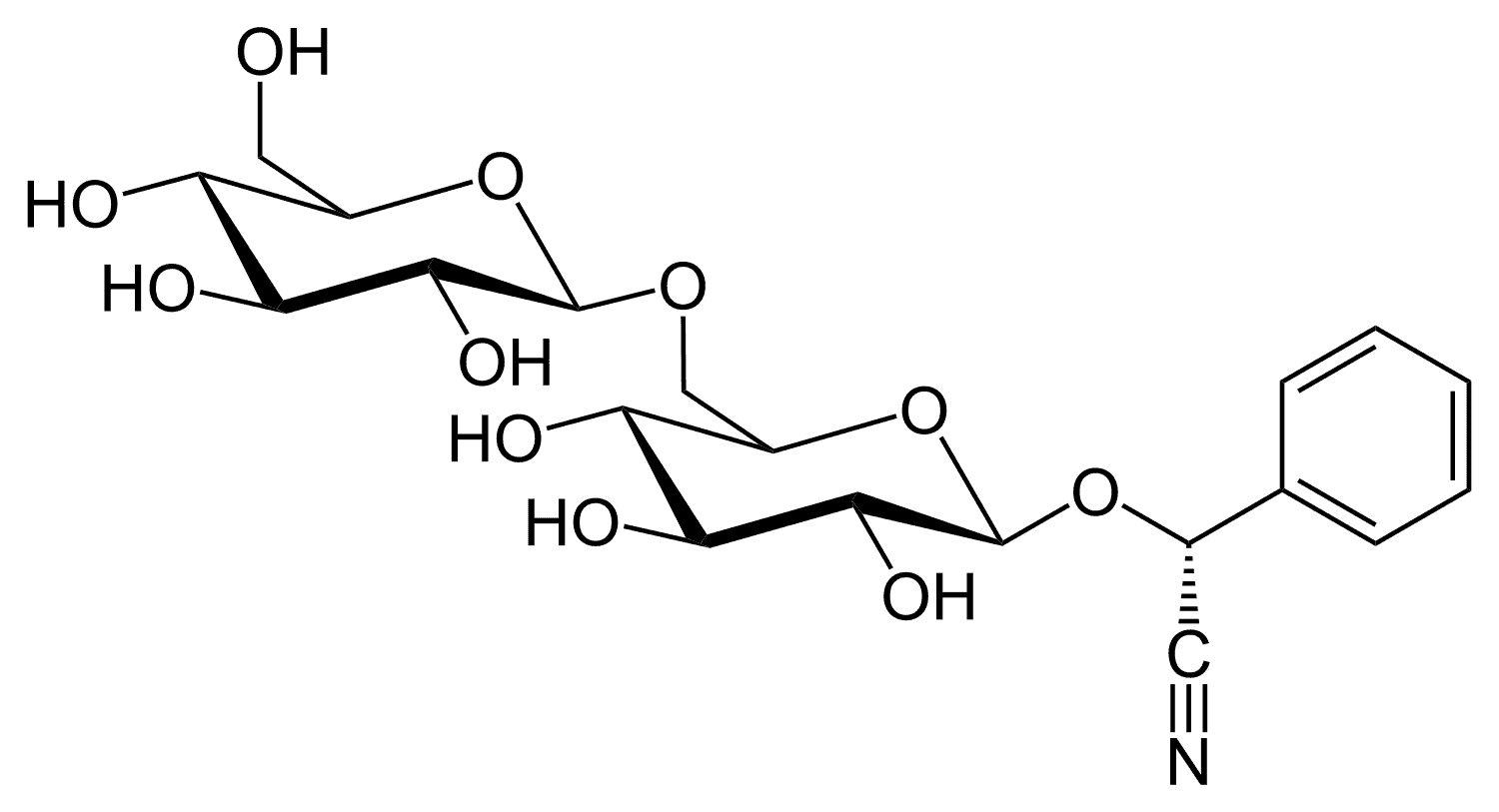 Amygdalin (from Ancient Greek: ἀμυγδαλή amygdalē "almond") is a naturally occurring chemical compound found in many plants, most notably in the seeds (kernels) of apricots, bitter almonds, apples, peaches, cherries, and plums.

Amygdalin is classified as a cyanogenic glycoside because each amygdalin molecule includes a nitrile group, which can be released as the toxic cyanide anion by the action of a beta-glucosidase. Eating amygdalin will cause it to release cyanide in the human body, and may lead to cyanide poisoning.[1]

Since the early 1950s, both amygdalin and a chemical derivative named laetrile have been promoted as alternative cancer treatments, often under the misnomer vitamin B17 (neither amygdalin nor laetrile is a vitamin).[2] Scientific study has found them to not only be clinically ineffective in treating cancer, but also potentially toxic or lethal when taken by mouth due to cyanide poisoning.[3] The promotion of laetrile to treat cancer has been described in the medical literature as a canonical example of quackery,[4][5] and as "the slickest, most sophisticated, and certainly the most remunerative cancer quack promotion in medical history".[2]