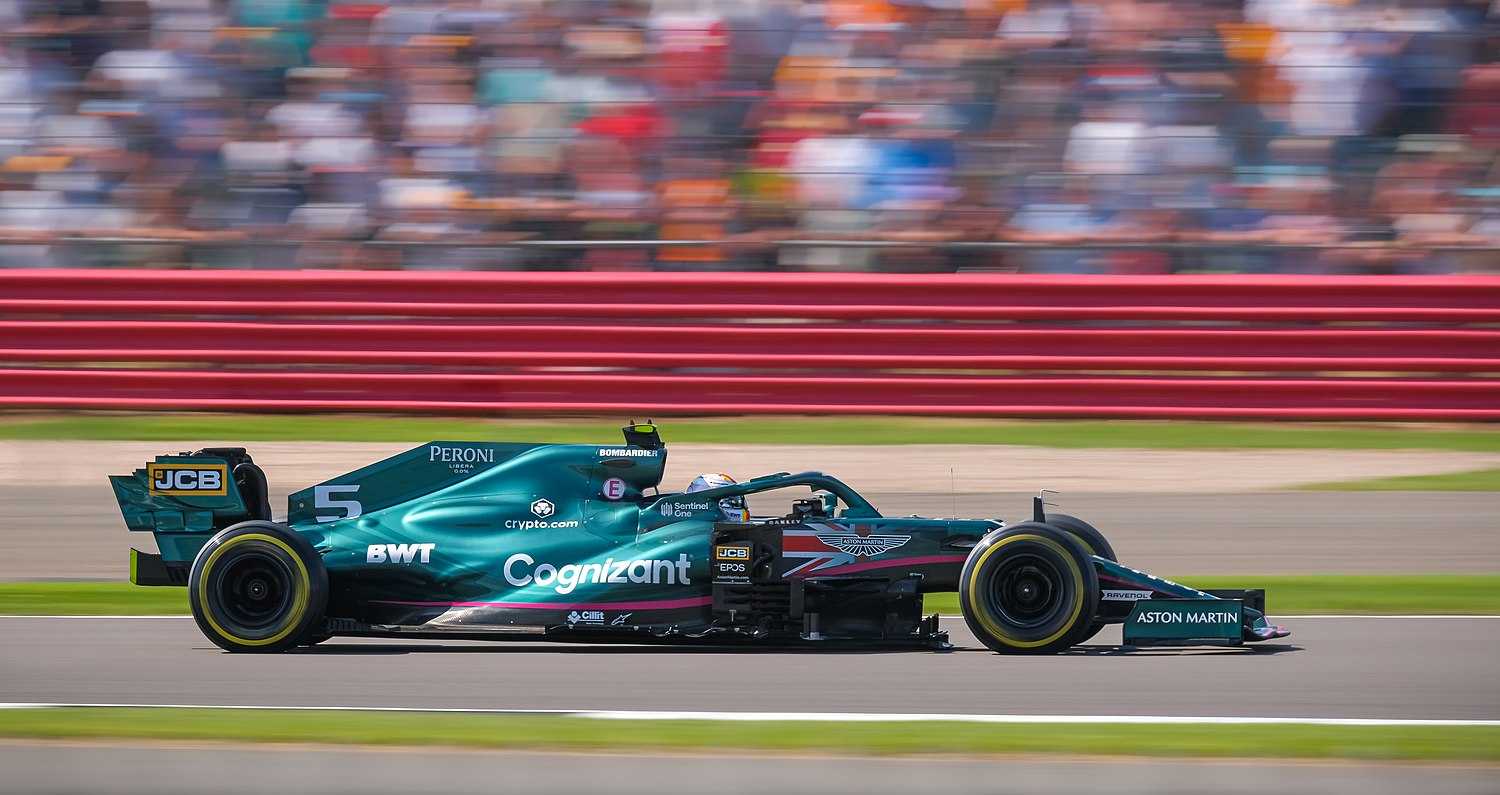 The Aston Martin AMR21 is a Formula One racing car designed and developed by the Aston Martin Formula One team, that competed in the 2021 Formula One World Championship. This was the first car to be entered by the returning Aston Martin team.[2] The car was driven by Sebastian Vettel and Lance Stroll.[3] Vettel, who has made a habit of naming his cars since his days at Toro Rosso, named his car "Honey Ryder" in reference to Ursula Andress' character in the 1962 James Bond movie Dr. No.[4]