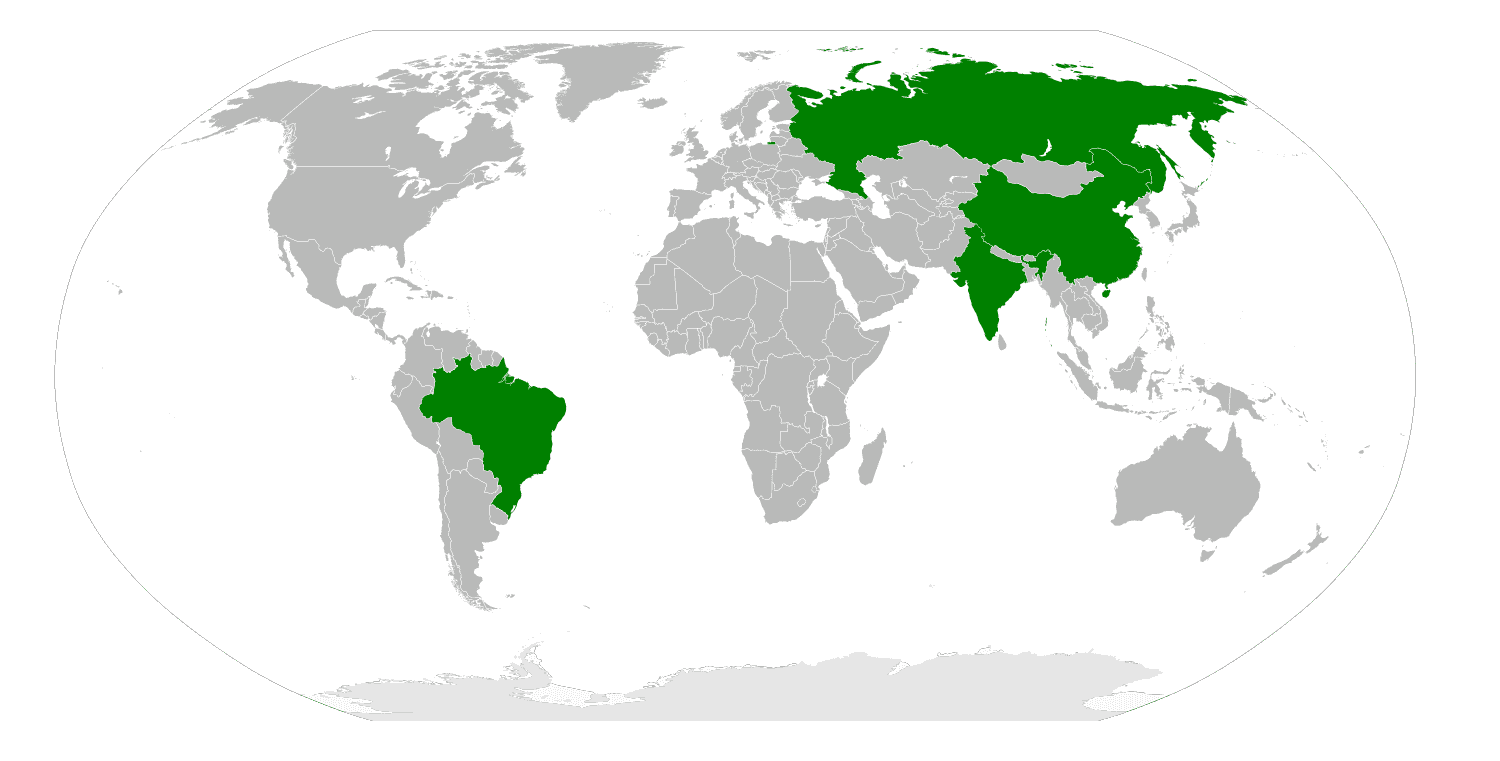 BRIC is a grouping acronym referring to the developing countries of Brazil, Russia, India, and China, which are identified as rising economic powers. It is typically rendered as "the BRIC," "the BRIC countries," "the BRIC economies," or alternatively as the "Big Four." The name has since been changed to BRICS after the addition of South Africa in 2010.

Group of four emerging national economies (not the same as BRICS)

The term was coined by economist Jim O'Neill in 2001 as an acronym for the four countries he identified as being at a similar stage of newly advanced economic development.[1][2][3][4] In 2009, the leaders of the four countries held their first summit and in 2010 BRIC became a formal institution.[5] South Africa began efforts to join the BRIC grouping and received an invitation on December 24, 2010.[6] O'Neill commented to the 2010 summit that South Africa, at a population of under 50 million people, was just too small as an economy to join the BRICS ranks.[7]

The original aim of BRICS was the establishment of an equitable, democratic and multi-polar world order,[5] but later BRICS became a political organization, especially after South Africa joined.[8]