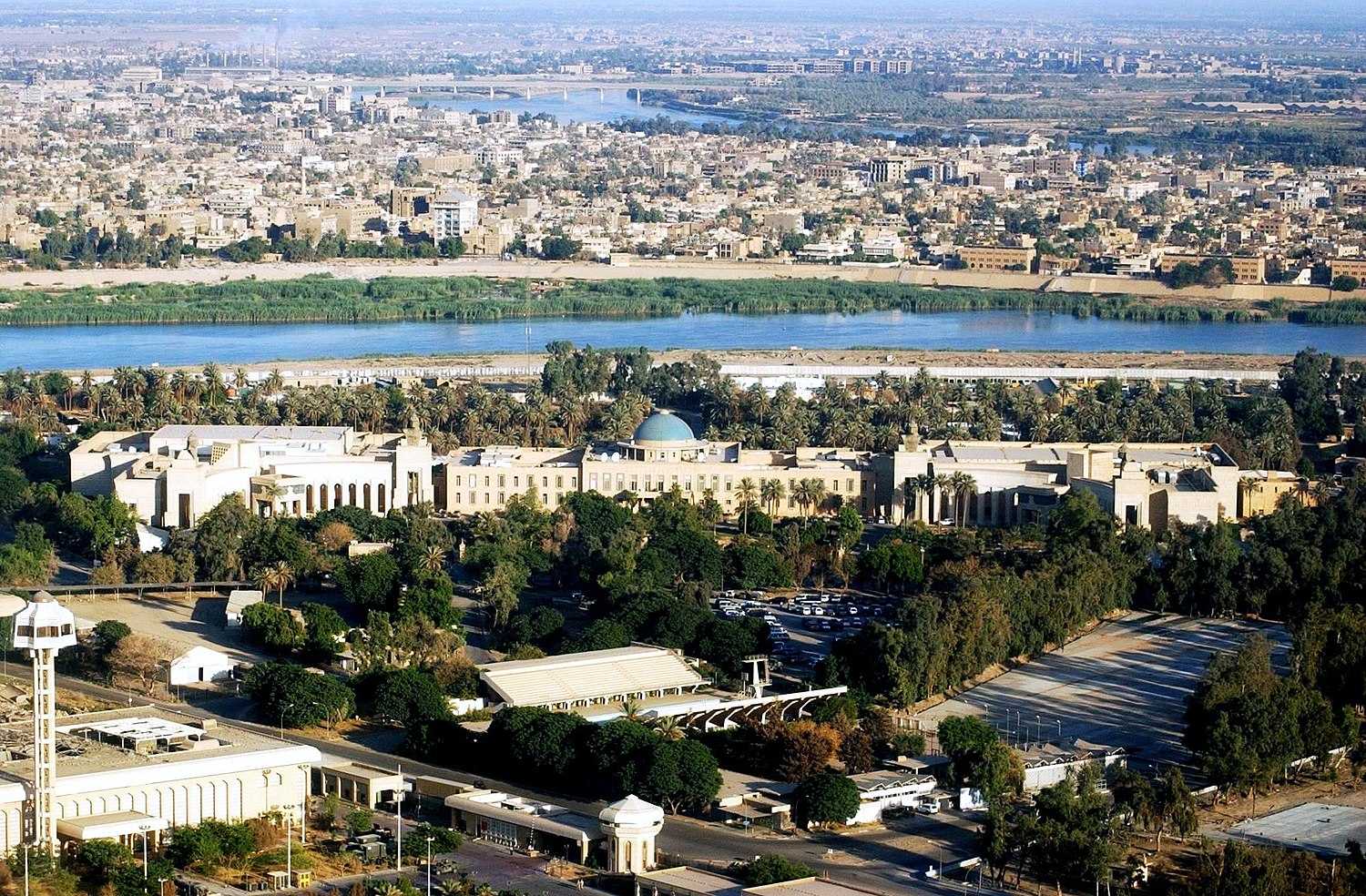 listen)) (Kurdish: بەغداد) is the capital of Iraq and the second-largest city in the Arab world after Cairo. It is located on the Tigris near the ruins of the ancient city of Babylon and the Sassanid Persian capital of Ctesiphon. In 762 CE, Baghdad was chosen as the capital of the Abbasid Caliphate, and became its most notable major development project. Within a short time, the city evolved into a significant cultural, commercial, and intellectual center of the Muslim world. This, in addition to housing several key academic institutions, including the House of Wisdom, as well as a multiethnic and multi-religious environment, garnered it a worldwide reputation as the "Center of Learning".

Baghdad was the largest city in the world for much of the Abbasid era during the Islamic Golden Age, peaking at a population of more than a million.[3] The city was largely destroyed at the hands of the Mongol Empire in 1258, resulting in a decline that would linger through many centuries due to frequent plagues and multiple successive empires. With the recognition of Iraq as an independent state (formerly the British Mandate of Mesopotamia) in 1932, Baghdad gradually regained some of its former prominence as a significant center of Arab culture, with a population variously estimated at 6 or over 7 million.[note 1] Compared to its large population, it has a small area at just 673 square kilometers (260 sq mi).

The city has faced severe infrastructural damage due to the Iraq War, which began with the United States-led invasion of Iraq in 2003 and lasted until 2011, and the subsequent insurgency and renewed war that lasted until 2017, resulting in a substantial loss of cultural heritage and historical artifacts. During this period, Baghdad had one of the highest rates of terrorist attacks in the world. However, terrorist attacks are rare and have been declining since the territorial defeat of the Islamic State militant group in Iraq in 2017.[8]