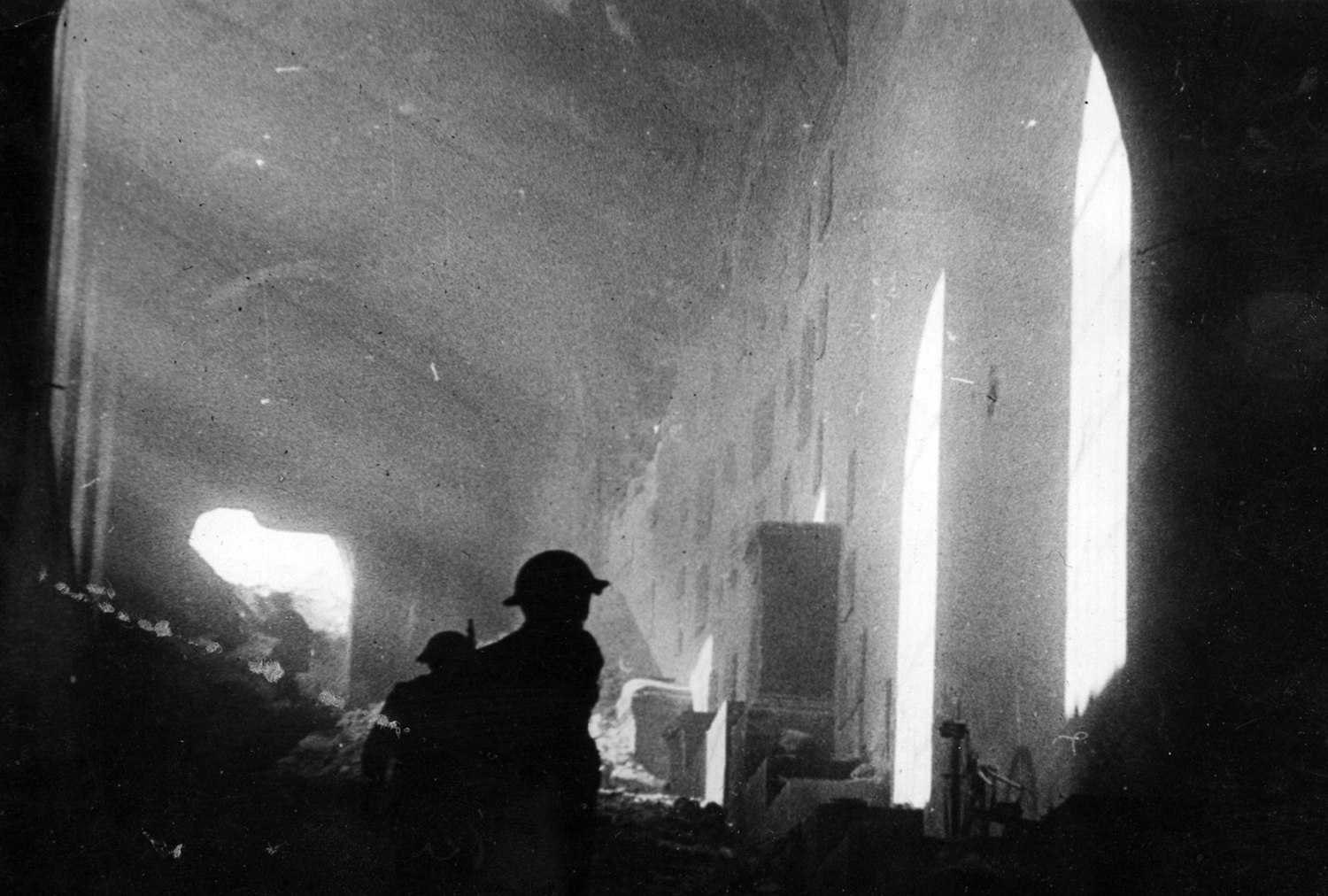 The Battle of Monte Cassino, also known as the Battle for Rome[citation needed] and the Battle for Cassino[citation needed], was a series of four assaults made by the Allies against German forces in Italy during the Italian Campaign of World War II. The objective was to break through the Winter Line, and facilitate an advance towards Rome.

At the beginning of 1944, the western half of the Winter Line was anchored by Germans holding the Rapido-Gari, Liri and Garigliano valleys and several of the surrounding peaks and ridges. Together, these features formed the Gustav Line. Monte Cassino, a historic hilltop abbey founded in 529 by Benedict of Nursia, dominated the nearby town of Cassino and the entrances to the Liri and Rapido valleys. Lying in a protected historic zone, it had been left unoccupied by the Germans, although they manned some positions set into the slopes below the abbey's walls.

Repeated artillery attacks on assaulting allied troops caused their leaders to conclude incorrectly that the abbey was being used by the Germans as an observation post, at the very least. Fears escalated, along with casualties, and in spite of evidence, it was marked for destruction. On 15 February 1944, Allied bombers dropped 1,400 tons of high explosives, creating widespread damage.[5] Fallschirmjäger forces then occupied the area and established defensive positions amid the ruins.

Between 17 January and 18 May, Monte Cassino and the Gustav defences were attacked on four occasions by Allied troops. On 16 May, soldiers from the Polish II Corps launched one of the final assaults on the German defensive position as part of a twenty-division assault along a twenty-mile front. On 18 May, a Polish flag followed by the British flag were raised over the ruins.[6] Following this Allied victory, the German Senger Line collapsed on 25 May, and the German defenders were driven from their positions.[7] The capture of Monte Cassino resulted in 55,000 Allied casualties, with German losses estimated at around 20,000 killed and wounded.[3] The battle has been described as a Pyrrhic victory.[8][9]