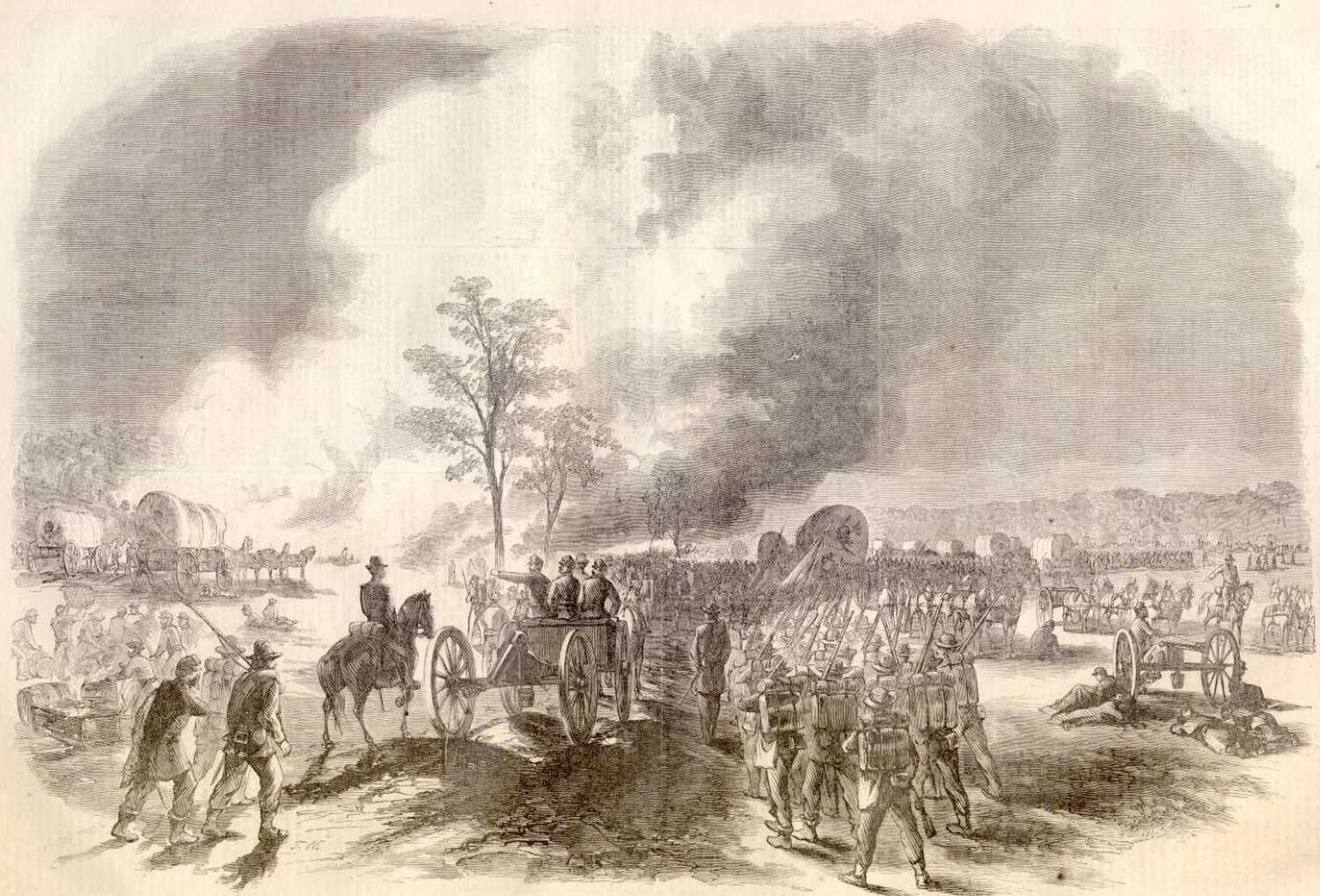 The Battle of Seven Pines, also known as the Battle of Fair Oaks or Fair Oaks Station, took place on May 31 and June 1, 1862, in Henrico County, Virginia, nearby Sandston, as part of the Peninsula Campaign of the American Civil War. It was the culmination of an offensive up the Virginia Peninsula by Union Maj. Gen. George B. McClellan, in which the Army of the Potomac reached the outskirts of Richmond.

On May 31, Confederate General Joseph E. Johnston attempted to overwhelm two Federal corps that appeared isolated south of the Chickahominy River. The Confederate assaults, although not well coordinated, succeeded in driving back the IV Corps and inflicting heavy casualties. Reinforcements arrived, and both sides fed more and more troops into the action. Supported by the III Corps and Maj. Gen. John Sedgwick's division of Maj. Gen. Edwin V. Sumner's II Corps (which crossed the rain-swollen river on Grapevine Bridge), the Federal position was finally stabilized. Gen. Johnston was seriously wounded during the action, and command of the Confederate army devolved temporarily to Maj. Gen. G.W. Smith. On June 1, the Confederates renewed their assaults against the Federals, who had brought up more reinforcements, but made little headway. Both sides claimed victory.[3]

Although the battle was tactically inconclusive, it was the largest battle in the Eastern Theater up to that time (and second only to Shiloh in terms of casualties thus far, about 11,000 total). Gen. Johnston's injury also had profound influence on the war: it led to the appointment of Robert E. Lee as Confederate commander. The more aggressive Lee initiated the Seven Days Battles, leading to a Union retreat in late June.[4] Seven Pines therefore marked the closest Union forces came to Richmond in this offensive.