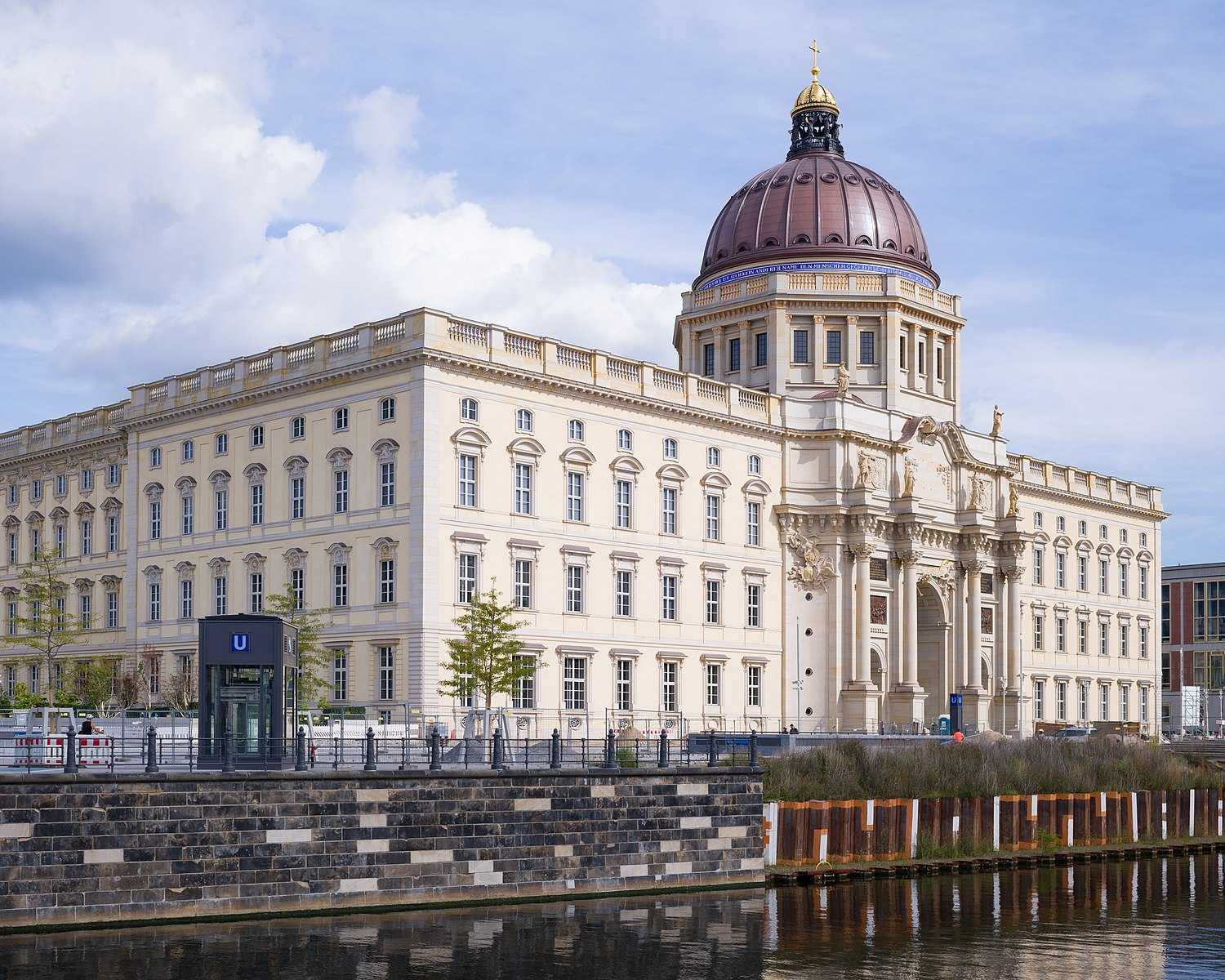 The Berlin Palace (German: Berliner Schloss), formally the Royal Palace (German: Königliches Schloss),[1] on the Museum Island in the Mitte area of Berlin, was the main residence of the House of Hohenzollern from 1443 to 1918. Expanded by order of King Frederick I of Prussia according to plans by Andreas Schlüter from 1689 to 1713, it was thereafter considered a major work of Prussian Baroque architecture.[2] The former royal palace was one of Berlin’s largest buildings and shaped the cityscape with its 60-meter-high (200 ft) dome.

Former residence of the Prussian Kings, seat of the Humboldt Forum

Used for various government functions after the fall of the monarchy in 1918, it was damaged during the Allied bombing in World War II, and was demolished by the East German authorities in 1950. In the 1970s, it became the location of the modernist East German Palace of the Republic (the central government building of East Germany). After German reunification and several years of debate and discussion, particularly regarding the fraught historical legacy of both buildings, the Palace of the Republic was itself demolished in 2009 and the Berlin Palace was reconstructed beginning in 2013 to house the Humboldt Forum museum. The reconstruction was completed in 2020.