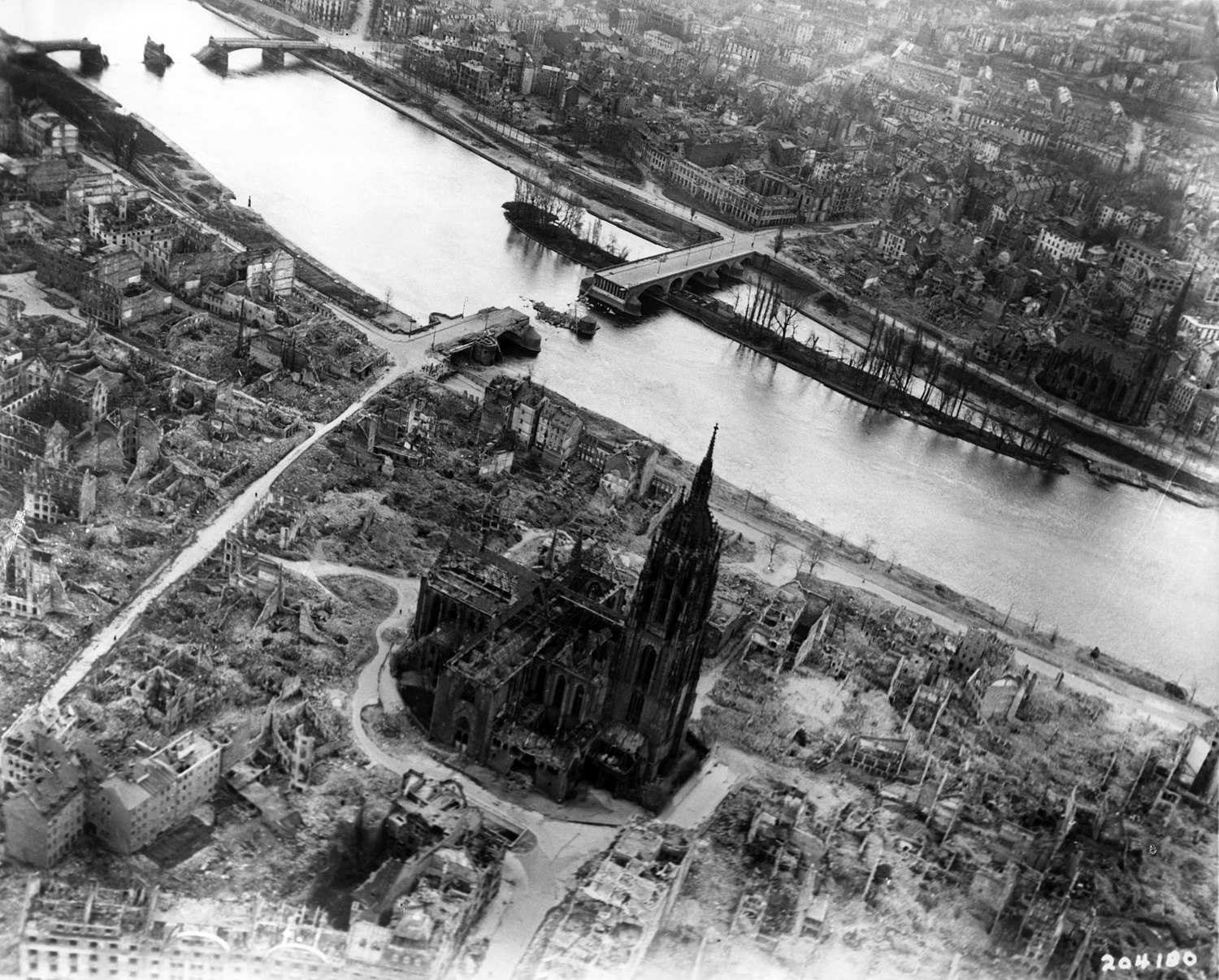 Bombing of Frankfurt am Main by the Allies of World War II killed about 5,500 residents and destroyed the largest half-timbered historical city centre in Germany (the Eighth Air Force dropped 12,197 tons of explosives on the city).