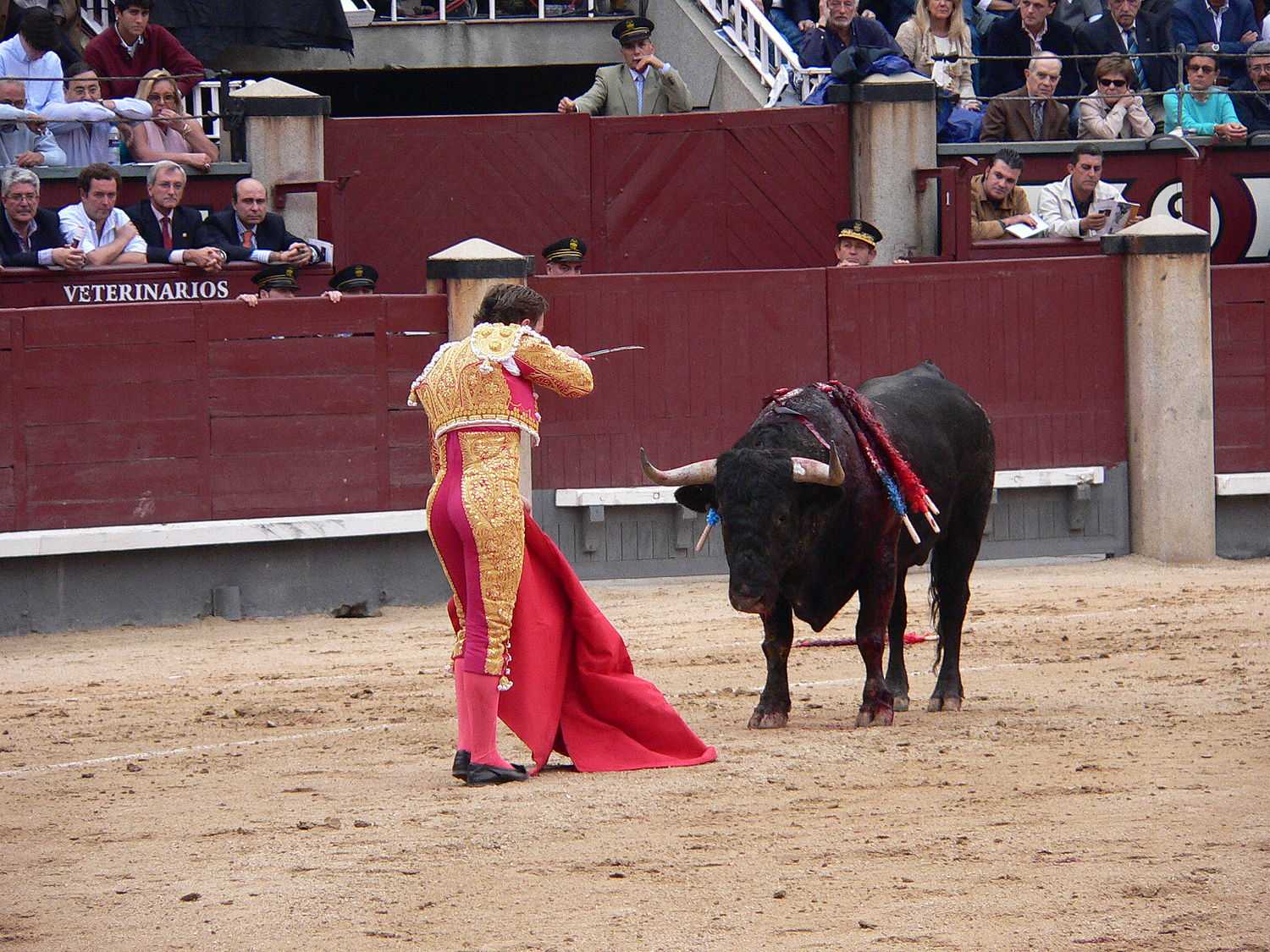 Bullfighting is a physical contest that involves a bullfighter attempting to subdue, immobilize, or kill a bull, usually according to a set of rules, guidelines, or cultural expectations.

Spectacle of bulls fought by humans

There are several variations, including some forms which involve dancing around or leaping over a cow or bull or attempting to grasp an object tied to the animal's horns. The best-known form of bullfighting is Spanish-style bullfighting, practiced in Spain, Portugal, Southern France, Mexico, Colombia, Ecuador, Venezuela, and Peru. The Spanish Fighting Bull is bred for its aggression and physique, and is raised free-range with little human contact.

The practice of bullfighting is controversial because of a range of concerns including animal welfare, funding, and religion. While some forms are considered a blood sport, in some countries, for example Spain, it is defined as an art form or cultural event,[1] and local regulations define it as a cultural event or heritage.[2][3] Bullfighting is illegal in most countries, but remains legal in most areas of Spain and Portugal, as well as in some Hispanic American countries and some parts of southern France.[4]