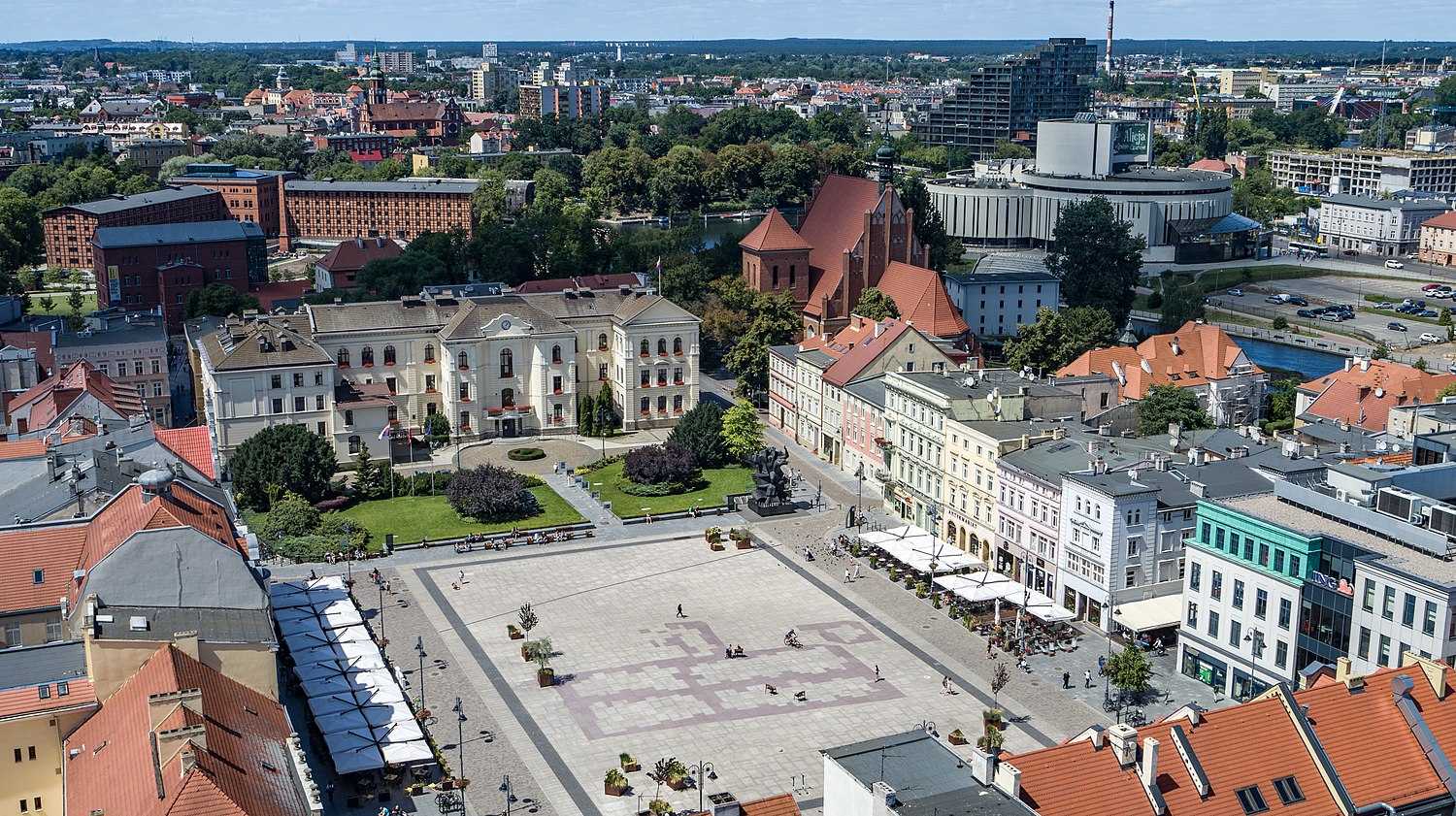 listen); German: Bromberg)[lower-alpha 1] is a city in northern Poland, straddling the meeting of the River Vistula with its left-bank tributary, the Brda. With a city population of 339,053 as of December 2021[1] and an urban agglomeration with more than 470,000 inhabitants, Bydgoszcz is the eighth-largest city in Poland. It is the seat of Bydgoszcz County and the co-capital, with Toruń, of the Kuyavian-Pomeranian Voivodeship.

The city is part of the Bydgoszcz–Toruń metropolitan area, which totals over 850,000 inhabitants. Bydgoszcz is the seat of Casimir the Great University, University of Technology and Life Sciences and a conservatory, as well as the Medical College of Nicolaus Copernicus University in Toruń. It also hosts the Pomeranian Philharmonic concert hall, the Opera Nova opera house, and Bydgoszcz Airport. Being between the Vistula and Oder (Odra in Polish) rivers, and by the Bydgoszcz Canal, the city is connected via the Noteć, Warta, Elbe and German canals with the Rhine, a river linked to the Mediterranean and Black Seas by canals and flowing into the North Sea.

Bydgoszcz is an architecturally rich city, with gothic, neo-gothic, neo-baroque, neoclassicist, modernist and Art Nouveau styles present, for which it has earned the nickname of Little Berlin.[9] The notable granaries on Mill Island and along the riverside belong to one of the most recognized timber-framed landmarks in Poland.[10]