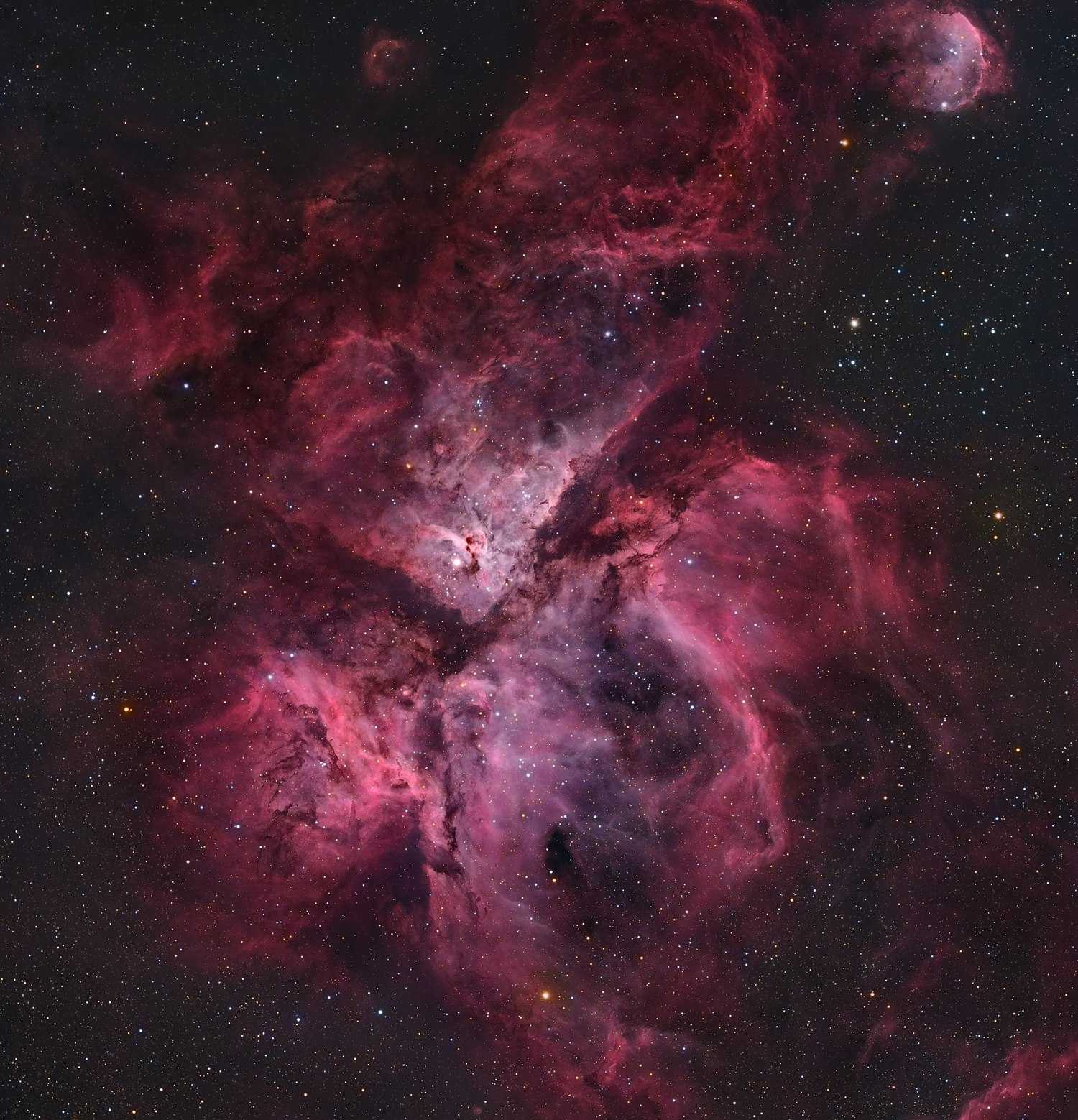 The Carina Nebula[7] or Eta Carinae Nebula[8] (catalogued as NGC 3372; also known as the Great Carina Nebula[9]) is a large, complex area of bright and dark nebulosity in the constellation Carina, located in the Carina–Sagittarius Arm of the Milky Way galaxy. The nebula is approximately 8,500 light-years (2,600 pc) from Earth.

Interstellar clouds in the constellation Carina

The nebula has within its boundaries the large Carina OB1 association and several related open clusters, including numerous O-type stars and several Wolf–Rayet stars. Carina OB1 encompasses the star clusters Trumpler 14 and Trumpler 16. Trumpler 14 is one of the youngest known star clusters at half a million years old. Trumpler 16 is the home of WR 25, currently the most luminous star known in our Milky Way galaxy, together with the less luminous but more massive and famous Eta Carinae star system and the O2 supergiant HD 93129A. Trumpler 15, Collinder 228, Collinder 232, NGC 3324, and NGC 3293 are also considered members of the association. NGC 3293 is the oldest and furthest from Trumpler 14, indicating sequential and ongoing star formation.

The nebula is one of the largest diffuse nebulae in our skies. Although it is four times as large as and even brighter than the famous Orion Nebula, the Carina Nebula is much less well known due to its location in the southern sky. It was discovered by Nicolas-Louis de Lacaille in 1752 from the Cape of Good Hope.

The Carina Nebula was selected as one of five cosmic objects observed by the James Webb Space Telescope, as part of the release of its first official science images. A detailed image was made of an early star-forming region of NGC 3324 known as the Cosmic Cliffs.[10]