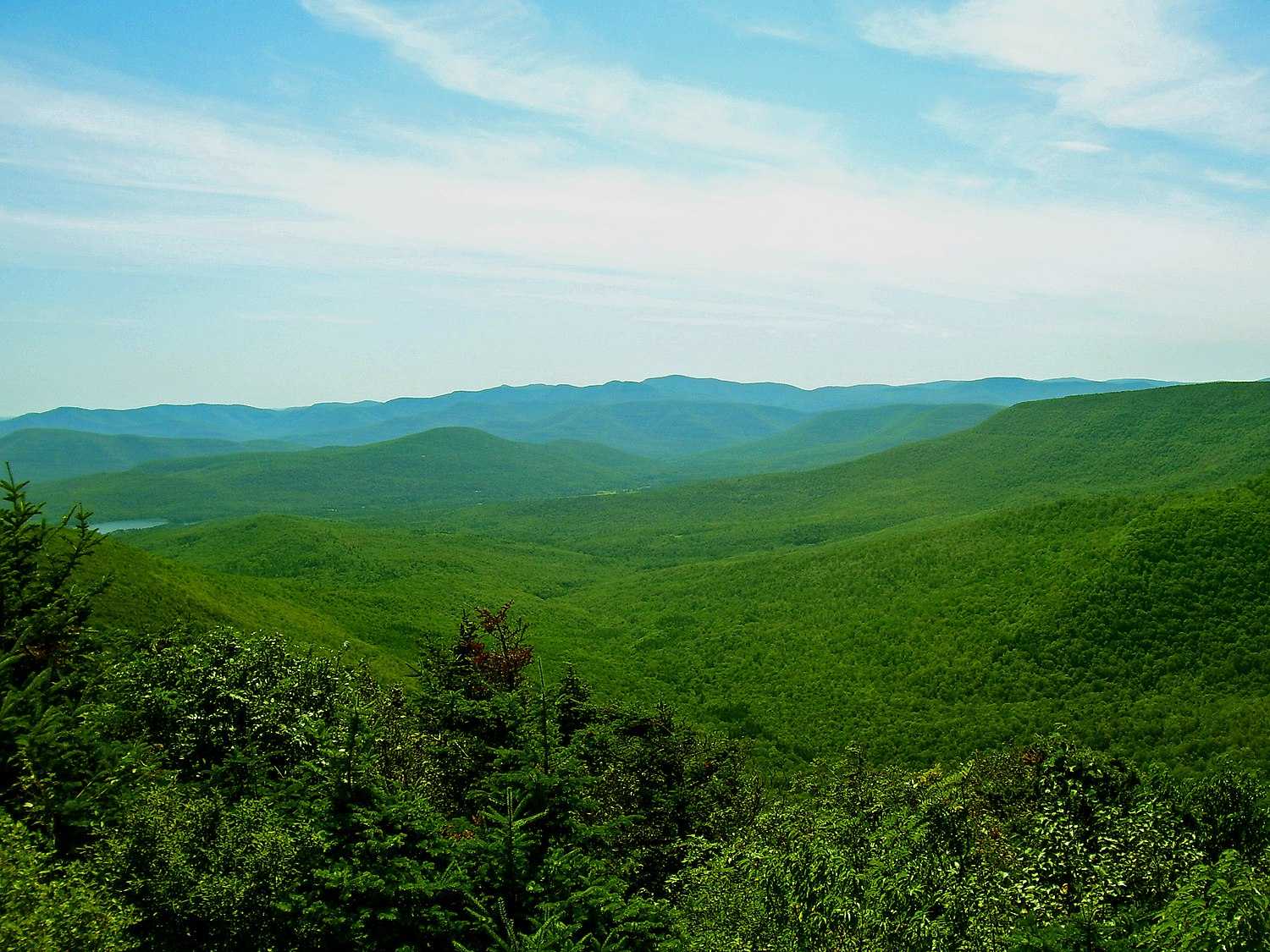 The Catskill Mountains, also known as the Catskills, are a physiographic province of the larger Appalachian Mountains, located in southeastern New York. As a cultural and geographic region, the Catskills are generally defined as those areas close to or within the borders of the Catskill Park, a 700,000-acre (2,800 km2) forest preserve protected from many forms of development under New York state law.

Geologically, the Catskills are a mature dissected plateau, a flat region subsequently uplifted and eroded into sharp relief by watercourses. The Catskills form the northeastern end of the Allegheny Plateau (also known as the Appalachian Plateau).[1][2]

The Catskills were named by early Dutch settlers. They are well known in American society as the setting for films and works of art, including many 19th-century Hudson River School paintings, as well as for being a favored destination for vacationers from New York City in the mid-20th century. The region's many large resorts gave many young stand-up comedians an opportunity to hone their craft. Since the late 19th century, the Catskills have been a haven for artists, musicians and writers, especially in and around the towns of Woodstock and Phoenicia.