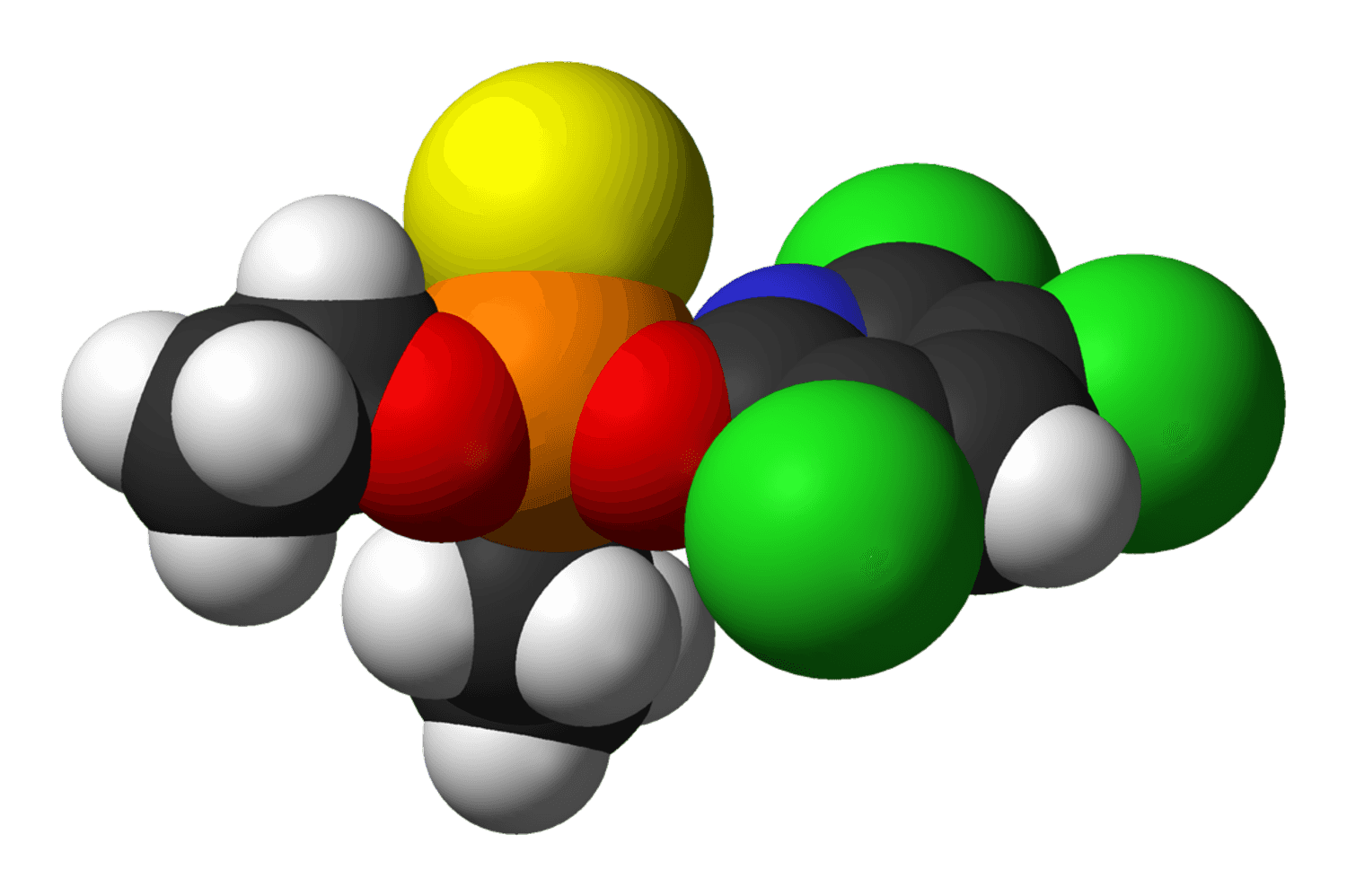 Chlorpyrifos (CPS), also known as Chlorpyrifos ethyl, is an organophosphate pesticide that has been used on crops, animals, and buildings, and in other settings, to kill several pests, including insects and worms. It acts on the nervous systems of insects by inhibiting the acetylcholinesterase enzyme.[6][7] Chlorpyrifos was patented in 1966 by Dow Chemical Company.[8]

Chlorpyrifos is considered moderately hazardous to humans (Class II) by the World Health Organization based on acute toxicity information dating to 1999.[9] Exposure surpassing recommended levels has been linked to neurological effects, persistent developmental disorders, and autoimmune disorders. Exposure during pregnancy may harm the mental development of children.[10]

In the United Kingdom, the use of chlorpyrifos was banned as of 1 April 2016 (with one minor exception).[11] As of 2020, chlorpyrifos and chlorpyrifos-methyl were banned throughout the European Union, where they may no longer be used. [12] The EU also applied to have chlorpyrifos listed as a persistent organic pollutant under the Stockholm Convention on Persistent Organic Pollutants.[13] As of August 18, 2021, the U.S. Environmental Protection Agency (EPA) announced a ban on the use of chlorpyrifos on food crops in the United States.[14][15][16] Most home uses of chlorpyrifos had already been banned in the U.S. and Canada since 2001.[10][17] It is banned in several other countries and jurisdictions as well. The Chlorpyrifos ban on food crops is the result of a 1999 lawsuit filed by NRDC to force the EPA to take action on the riskiest pesticides, as well as five additional successful court orders obtained by Earthjustice to force the EPA to take action on a 2007 petition to ban Chlorpyrifos filed by NRDC and the Pesticide Action Network of North America (PANNA).[18]