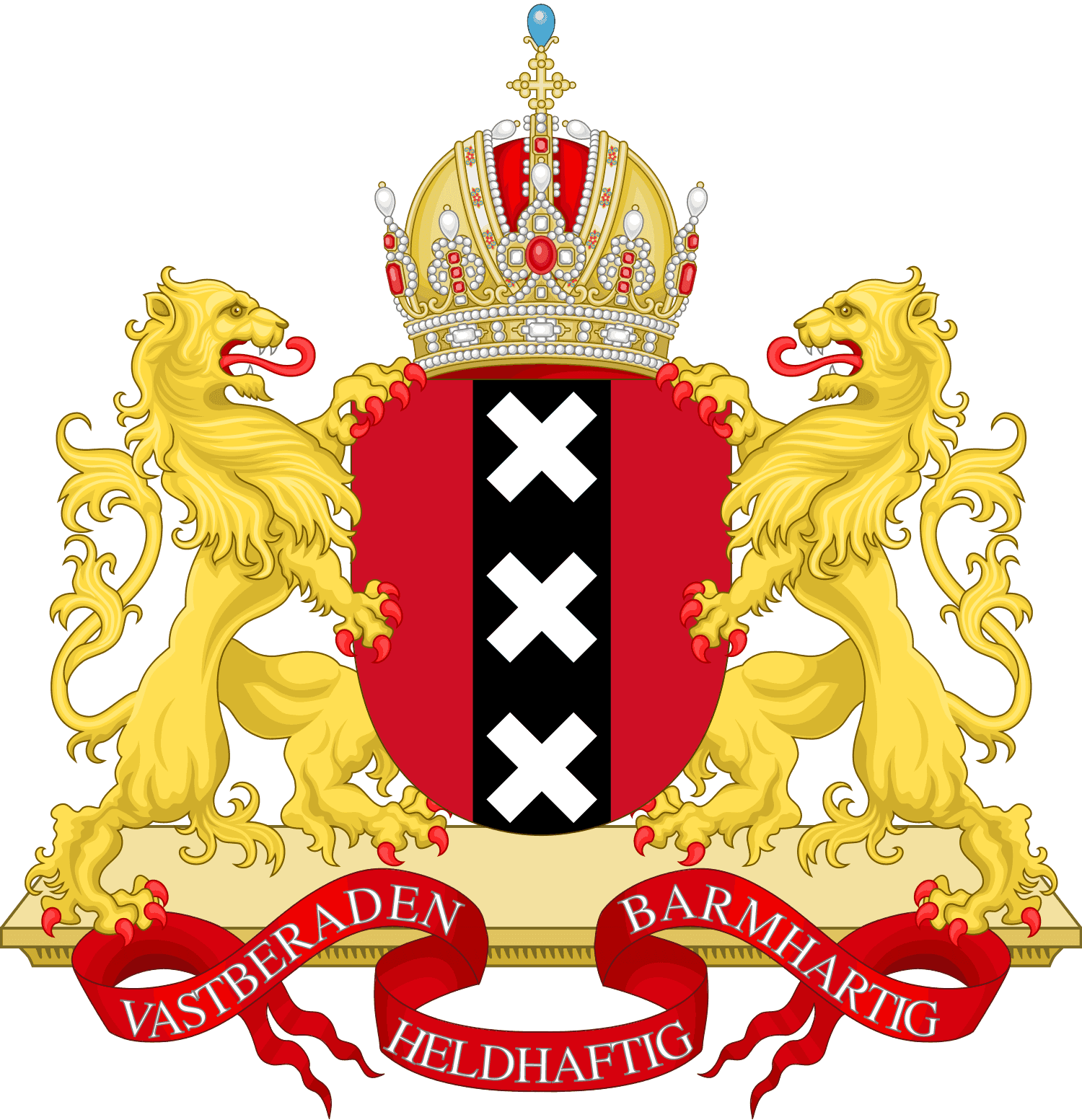 The coat of arms of Amsterdam is the official coat of arms symbol of the city of Amsterdam. It consists of a red shield and a black pale with three silver Saint Andrew's Crosses, the Imperial Crown of Austria, two golden lions, and the motto of Amsterdam. Several heraldic elements have their basis in the history of Amsterdam. The crosses and the crown can be found as decorations on different locations in the city.