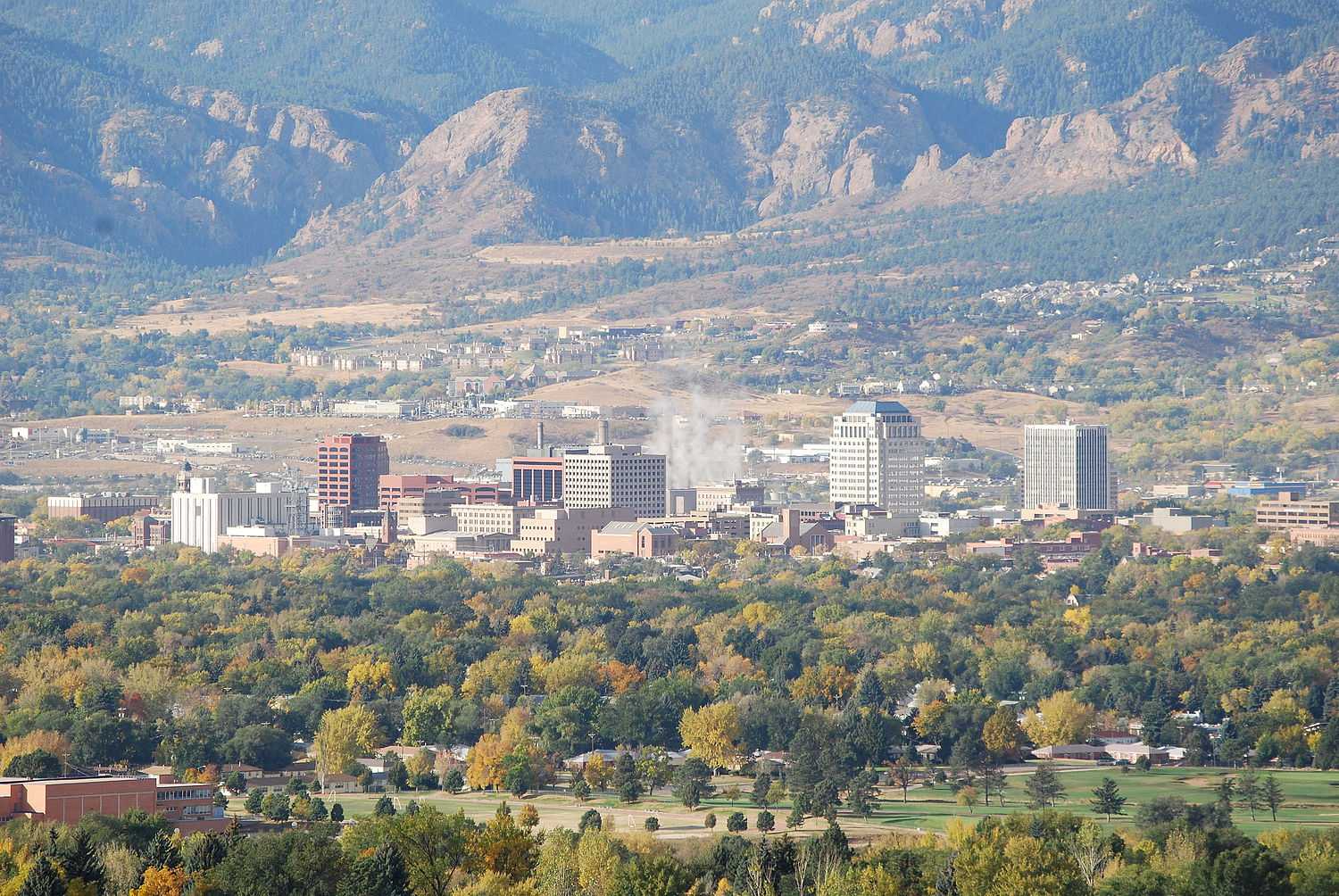 Colorado Springs is a home rule municipality in and the county seat of El Paso County, Colorado, United States.[1] It is the largest city in El Paso County, with a population of 478,961 at the 2020 United States Census, a 15.02% increase since 2010.[7][9] Colorado Springs is the second-most populous city and the most extensive city in the state of Colorado, and the 40th-most populous city in the United States.[10] It is the principal city of the Colorado Springs metropolitan area and the second-most prominent city of the Front Range Urban Corridor. It is located in east-central Colorado, on Fountain Creek, 70 miles (113 km) south of Denver.