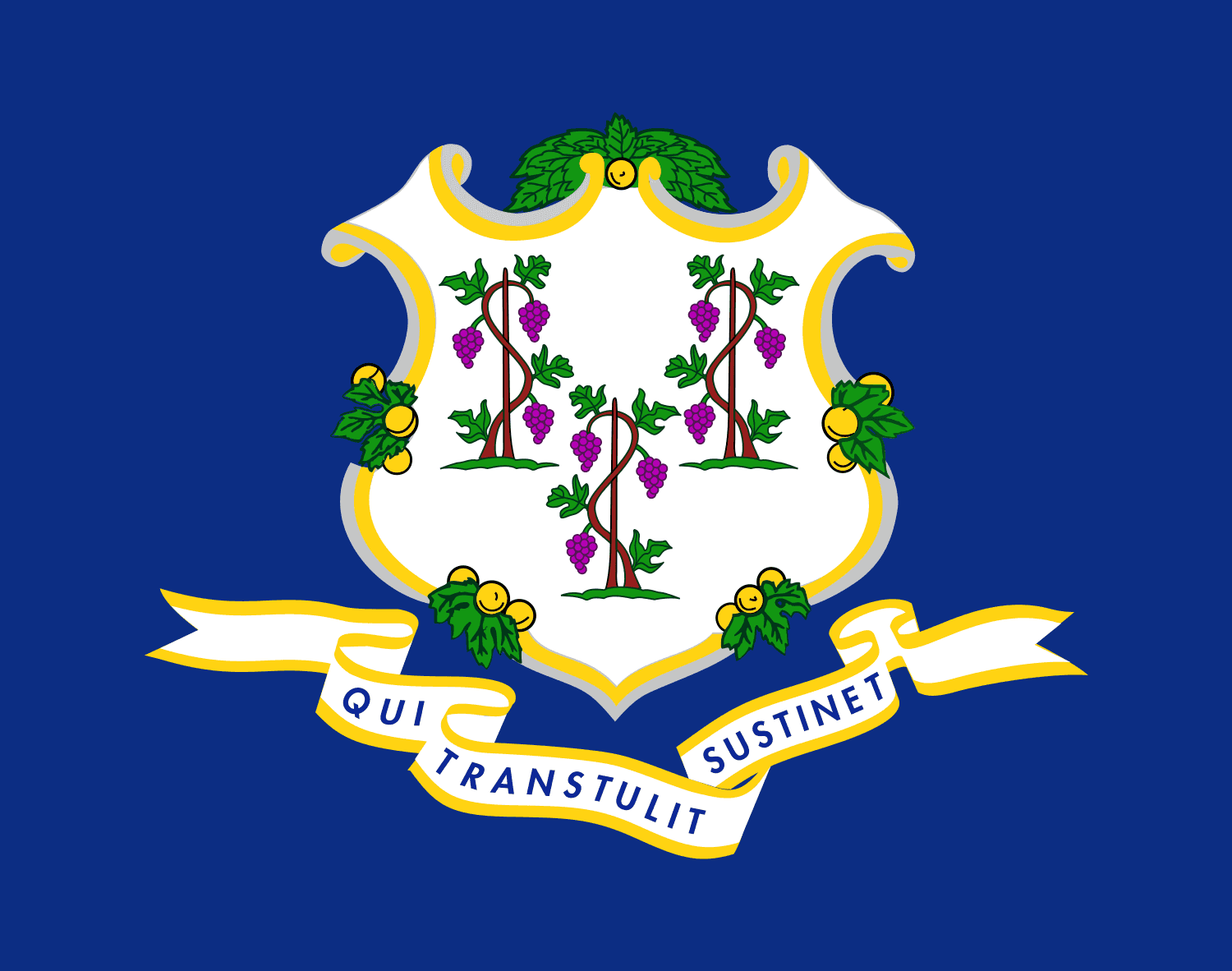 listen))[9] is the southernmost state in the New England region of the Northeastern United States. It is bordered by Rhode Island to the east, Massachusetts to the north, New York to the west, and Long Island Sound to the south. Its capital is Hartford and its most populous city is Bridgeport. Historically the state is part of New England as well as the tri-state area with New York and New Jersey. The state is named for the Connecticut River which approximately bisects the state. The word "Connecticut" is derived from various anglicized spellings of "Quinnetuket”, a Mohegan-Pequot word for "long tidal river".[10]

Connecticut's first European settlers were Dutchmen who established a small, short-lived settlement called House of Hope in Hartford at the confluence of the Park and Connecticut Rivers. Half of Connecticut was initially claimed by the Dutch colony New Netherland, which included much of the land between the Connecticut and Delaware Rivers, although the first major settlements were established in the 1630s by the English. Thomas Hooker led a band of followers from the Massachusetts Bay Colony and founded the Connecticut Colony; other settlers from Massachusetts founded the Saybrook Colony and the New Haven Colony. The Connecticut and New Haven colonies established documents of Fundamental Orders, considered the first constitutions in America. In 1662, the three colonies were merged under a royal charter, making Connecticut a crown colony. Connecticut was one of the Thirteen Colonies which rejected British rule in the American Revolution. It was influential in the development of the federal government of the United States.

Connecticut is the third smallest state by area,[11] the 29th most populous,[12] and the fourth most densely populated[11] of the fifty states. It is known as the "Constitution State", the "Nutmeg State", the "Provisions State", and the "Land of Steady Habits".[1] The Connecticut River, Thames River, and ports along Long Island Sound have given Connecticut a strong maritime tradition which continues today. The state also has a long history of hosting the financial services industry, including insurance companies in Hartford County and hedge funds in Fairfield County. As of the 2010 census, it has the highest per-capita income, second-highest level of human development behind Massachusetts, and highest median household income in the United States.[13][14]