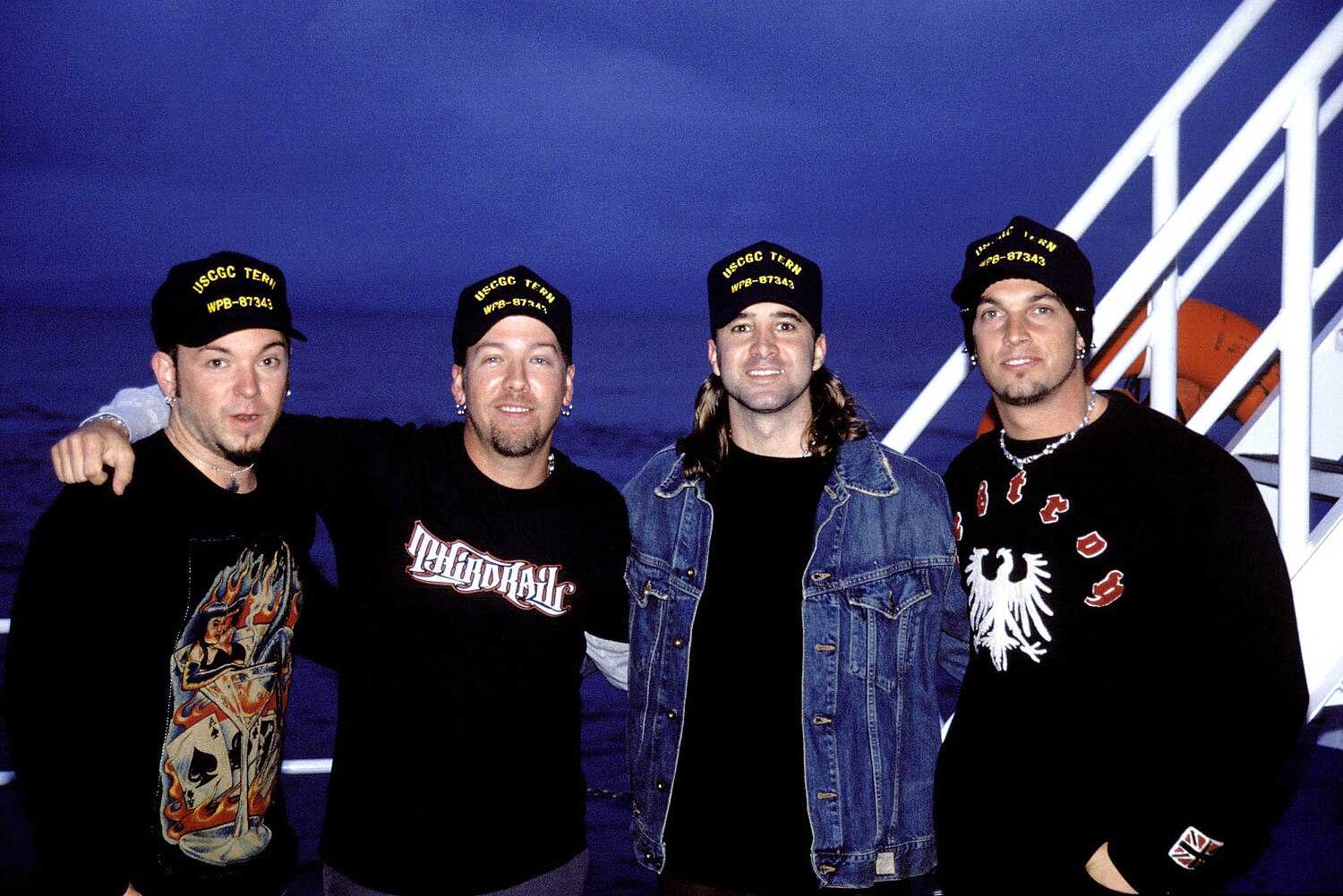 American post-grunge band Creed has released four studio albums, two compilation albums, one extended play (EP), eighteen singles, one video album, and fifteen music videos. Formed in Tallahassee, Florida in 1994,[1] Creed consists of vocalist Scott Stapp, guitarist and vocalist Mark Tremonti, bassist Brian Marshall, and drummer Scott Phillips.[2] Signed to Wind-up Records, the band released its debut album My Own Prison in August 1997, which reached number 22 on the US Billboard 200.[3] The album was certified six times platinum by the Recording Industry Association of America (RIAA).[4] All four singles from the album reached the top three of the US Billboard Mainstream Rock chart.[5]

The group released its second album Human Clay in September 1999, which topped the US Billboard 200 and sold over 11 million units in the US.[3][4] The album also topped the Canadian Albums Chart,[6] as well as spawning four Mainstream Rock top-five singles, two of which ("Higher" and "With Arms Wide Open") reached number one.[5] "With Arms Wide Open" also topped the Billboard Hot 100.[7] Creed topped the Billboard 200 again with the release of Weathered in November 2001,[3] which was certified six times platinum by the RIAA.[4] The lead single "My Sacrifice" topped the Mainstream Rock chart and reached number four on the Hot 100, before "One Last Breath" reached the top ten on both charts.[5][7]

In June 2004, it was announced that Creed had broken up due to tensions between Stapp and the other members, primarily Tremonti.[8] Tremonti, Marshall, and Phillips formed the band Alter Bridge during that year with vocalist Myles Kennedy.[2] In November 2004, Wind-up issued the Greatest Hits compilation, which reached number 15 on the Billboard 200.[3] Five years later, the band reunited for a new album and tour.[9] The album, Full Circle, was released in October 2009 and reached number two on the Billboard 200,[3] supported by Mainstream Rock and Alternative Songs top-ten single "Overcome".[5][10] In December 2009, the band's live video album Creed Live was released.[11]

Creed broke up again in 2012, with Tremonti commenting in 2014 that there were "no plans" to reconnect with Stapp.[12] The band's second compilation album, With Arms Wide Open: A Retrospective, was released in November 2015.[13]