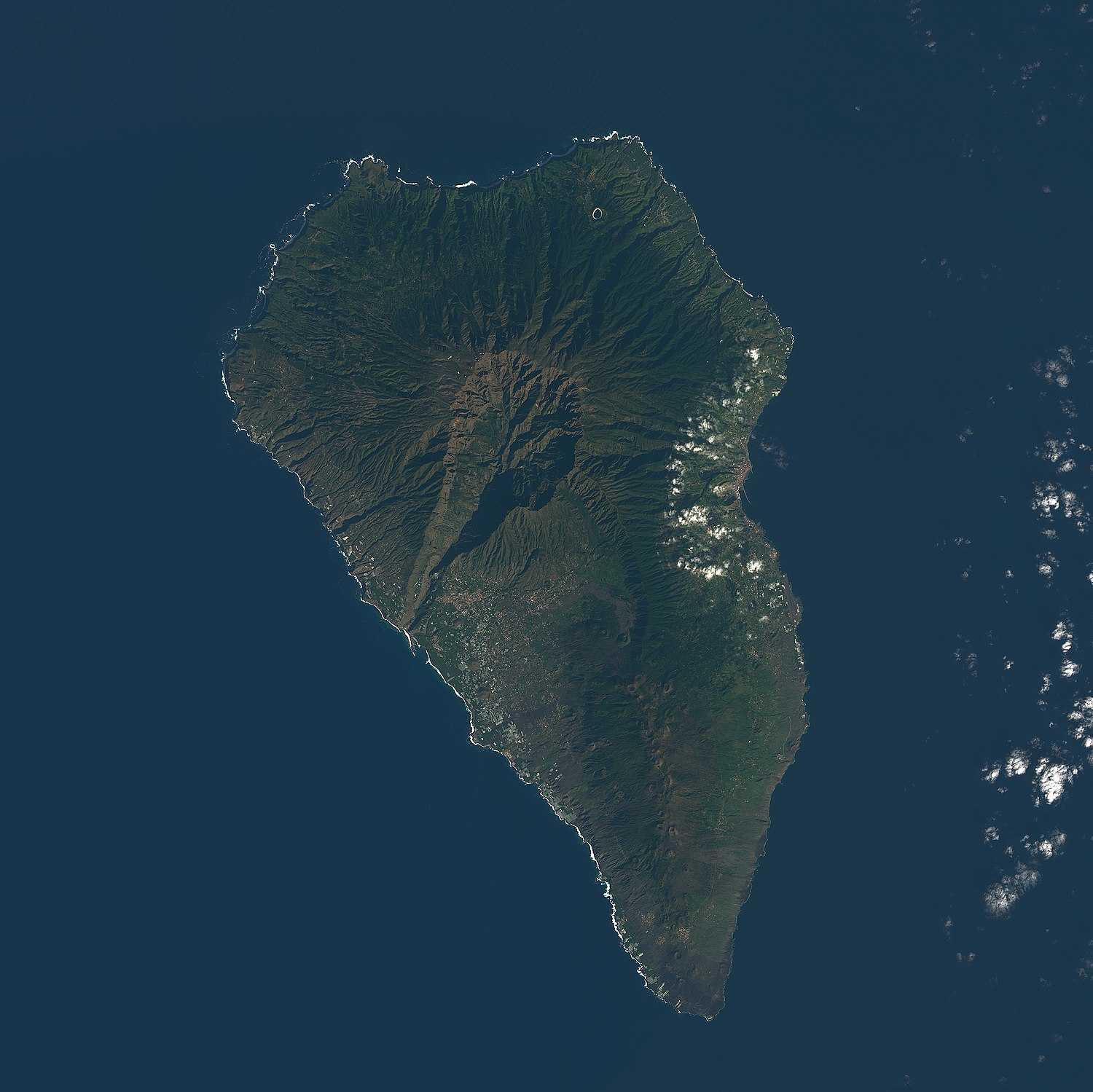 The Cumbre Vieja (Spanish pronunciation: [ˈkumbɾe ˈβjexa]; meaning "Old Summit") is an active volcanic ridge on the island of La Palma in the Canary Islands, Spain.[4] The spine of Cumbre Vieja trends in an approximate north–south direction, comprising the southern half of La Palma, with both summit ridge and flanks pockmarked by dozens of craters and cones.[5] The latest eruption began on 19 September 2021 in a forested area of Las Manchas locality known as Cabeza de Vaca. Voluminous lava flows quickly reached populated areas downslope, fanning out across settlements and banana plantations, destroying thousands of buildings and ultimately pouring over steep cliffs into the ocean to enlarge the island at several locations. The volcano went quiet on 13 December 2021, and on 25 December 2021, the local government declared the eruption to be over.[6]