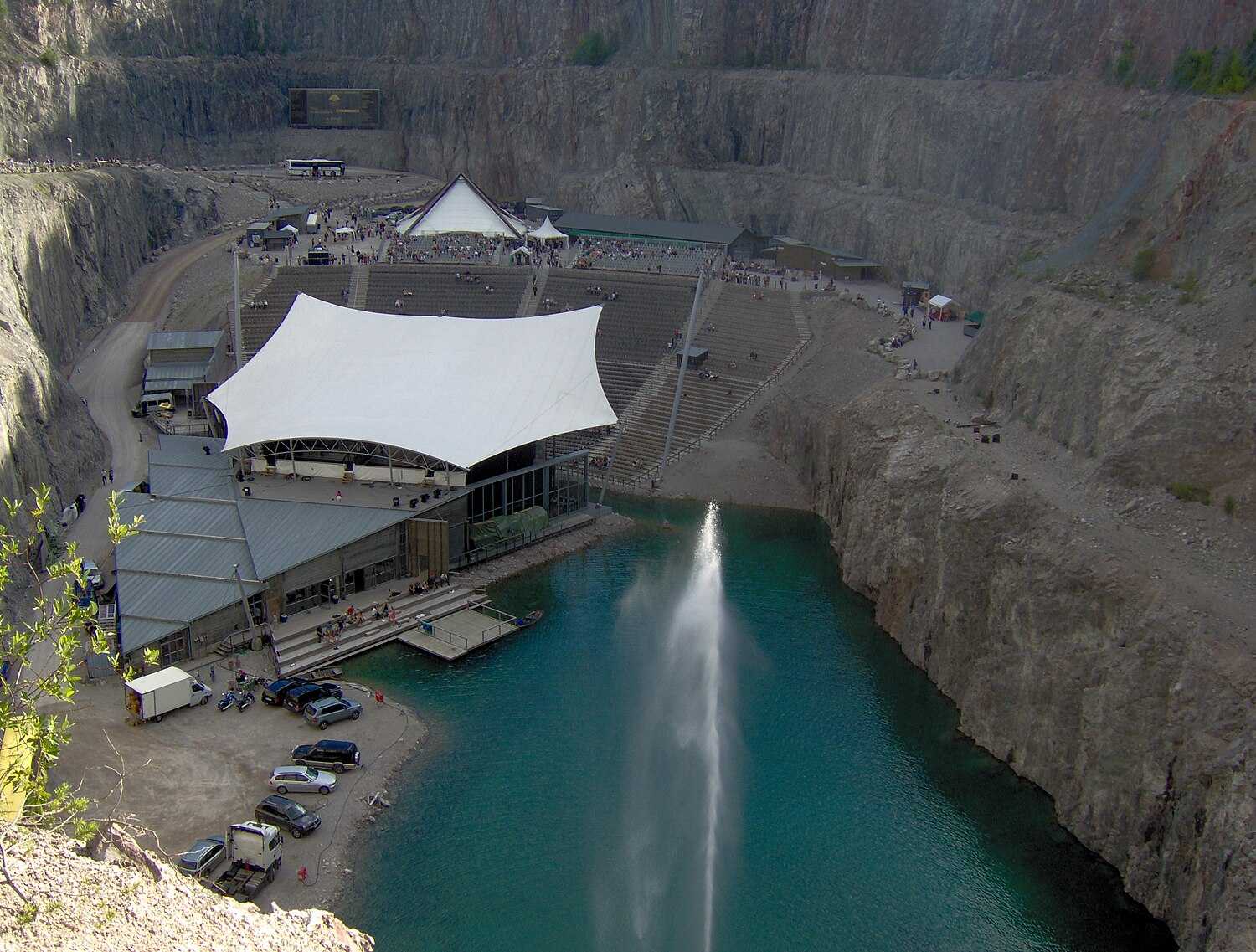 Dalhalla is an open air theatre located in a former limestone quarry, and is used as a summer music venue.[1] It is located 7 km (4.3 mi) north of Lake Siljan and the municipality of Rättvik in Dalarna, central Sweden.

Dalhalla presents 20-30 events each summer, from June to the beginning of September with a combination of opera, choral works, jazz and popular concerts making up the bulk of the program.

In 2005, guest performers came from the Bolshoi Theatre in Moscow,[3] and Mikis Theodorakis celebrated his 80th birthday.[4] In June 2007, English rock group Procol Harum performed with the Gävle Symphony Orchestra and the Dala Sinfonietta Choir, conducted by David Firman.[5]