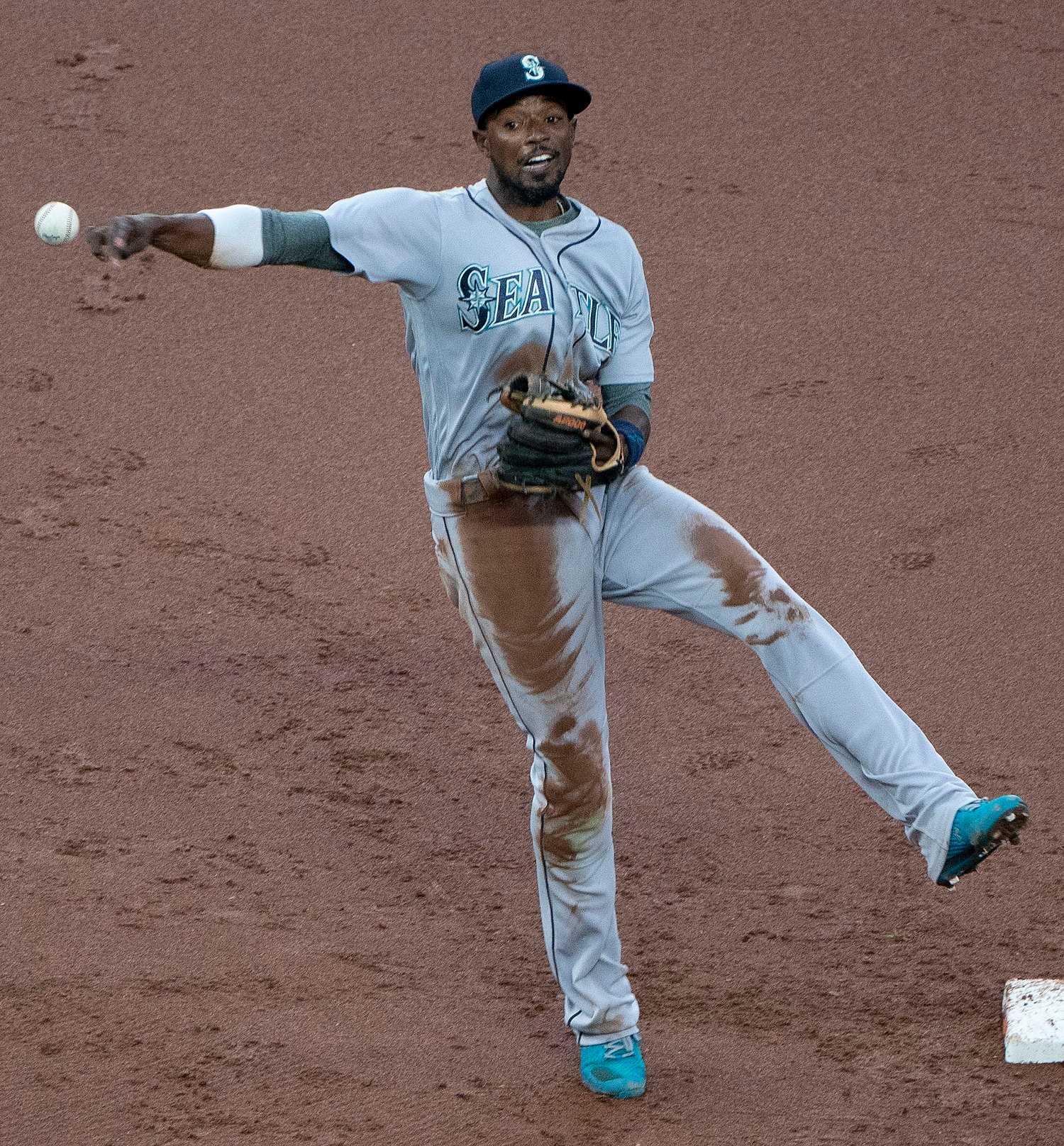 Devaris "Dee" Strange-Gordon (born April 22, 1988) is an American professional baseball second baseman, shortstop, and center fielder who is currently a free agent. He has played Major League Baseball (MLB) for the Los Angeles Dodgers, Miami Marlins, Seattle Mariners and Washington Nationals. Strange-Gordon was primarily a shortstop and second baseman, and with the Marlins, he was primarily a second baseman. He began his tenure with the Mariners by playing center field in 2018, and started playing left field in 2020. In 2015, in his first season with the Marlins, Strange-Gordon hit .333 with a total of 205 hits and stole 58 bases. He led the NL in all three categories and became the first player to lead the National League in both batting average and stolen bases since fellow second baseman Jackie Robinson in 1949.[1] Through the 2010s, Strange-Gordon stole 330 bases, the most of any player.

On April 29, 2016, Major League Baseball suspended Strange-Gordon for 80 games due to performance-enhancing drug use. He tested positive for exogenous testosterone and clostebol.[2]