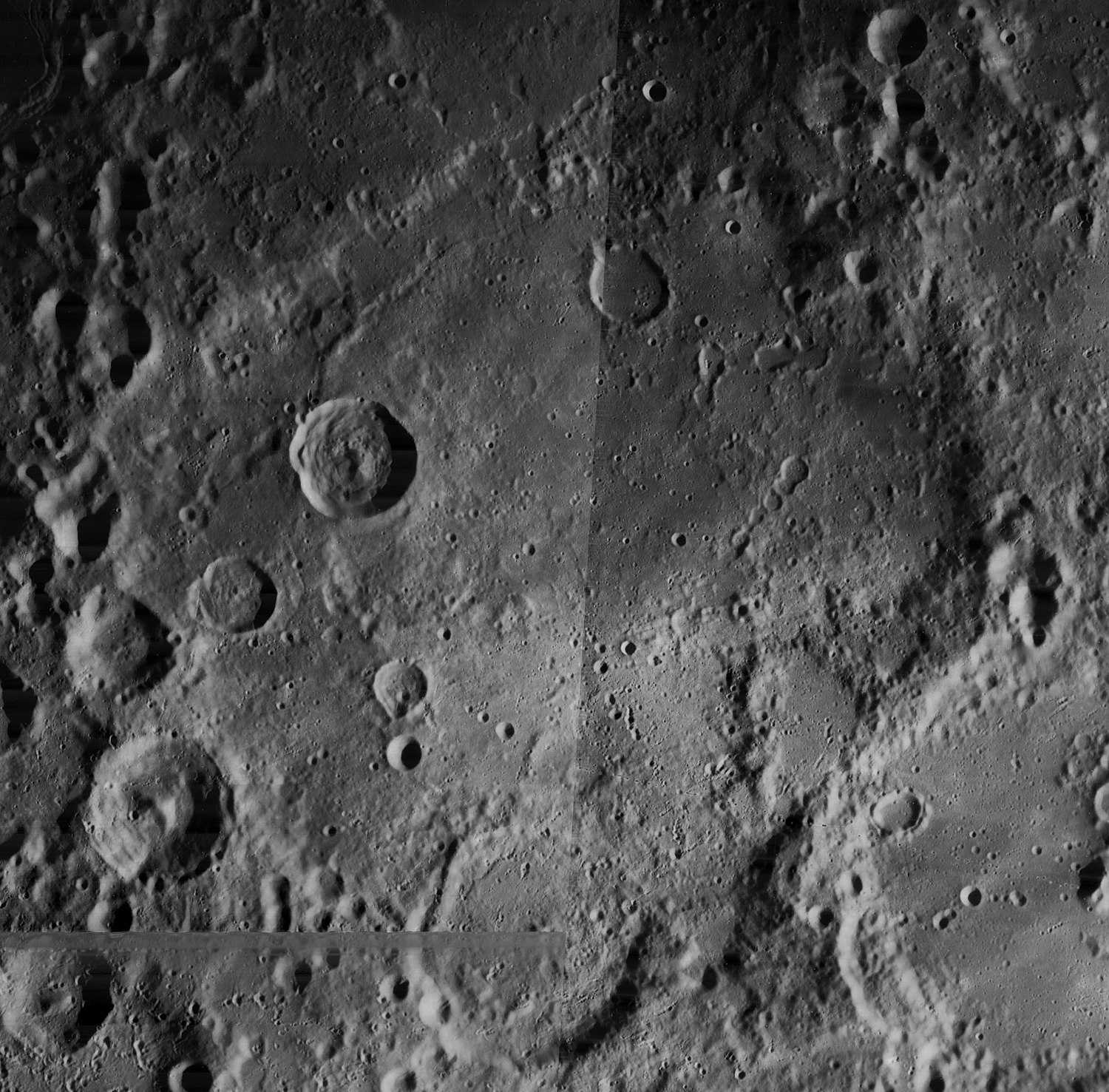 Deslandres is the heavily worn and distorted remains of a lunar impact crater. It is located to the southeast of the Mare Nubium, in the rugged southern highlands of the Moon. In dimension it is the third-largest crater formation on the visible Moon, being beaten only by Clavius (231 km) and by the 303-kilometer-diameter walled plain Bailly. The northern and eastern parts of the floor display a relatively level surface, but it is pock-marked with numerous craters. There is a small region of mare material, due to basaltic lava, along the eastern interior floor.

Impact crater
Feature on the moon

The satellite crater Hell Q lies at the center of a patch of higher albedo surface located in the eastern half of Deslandres. Around the time of the full moon this feature is one of the brightest spots on the lunar surface. The light hue indicates a relatively youthful feature in lunar geological terms. This patch is sometimes referred to as "Cassini's bright spot", as it was first mapped by Cassini in 1672 at the Paris Observatory.

This feature is so heavily eroded and degraded by overlapping impacts that it was not actually recognized as a crater formation until the 20th century. The name for this formation was suggested by Eugène M. Antoniadi in 1942, and was passed during the general assembly of the IAU in 1948.[1]

The first released images from the Lunar Reconnaissance Orbiter in 2009 were of the area in the southern part of this crater.[3]