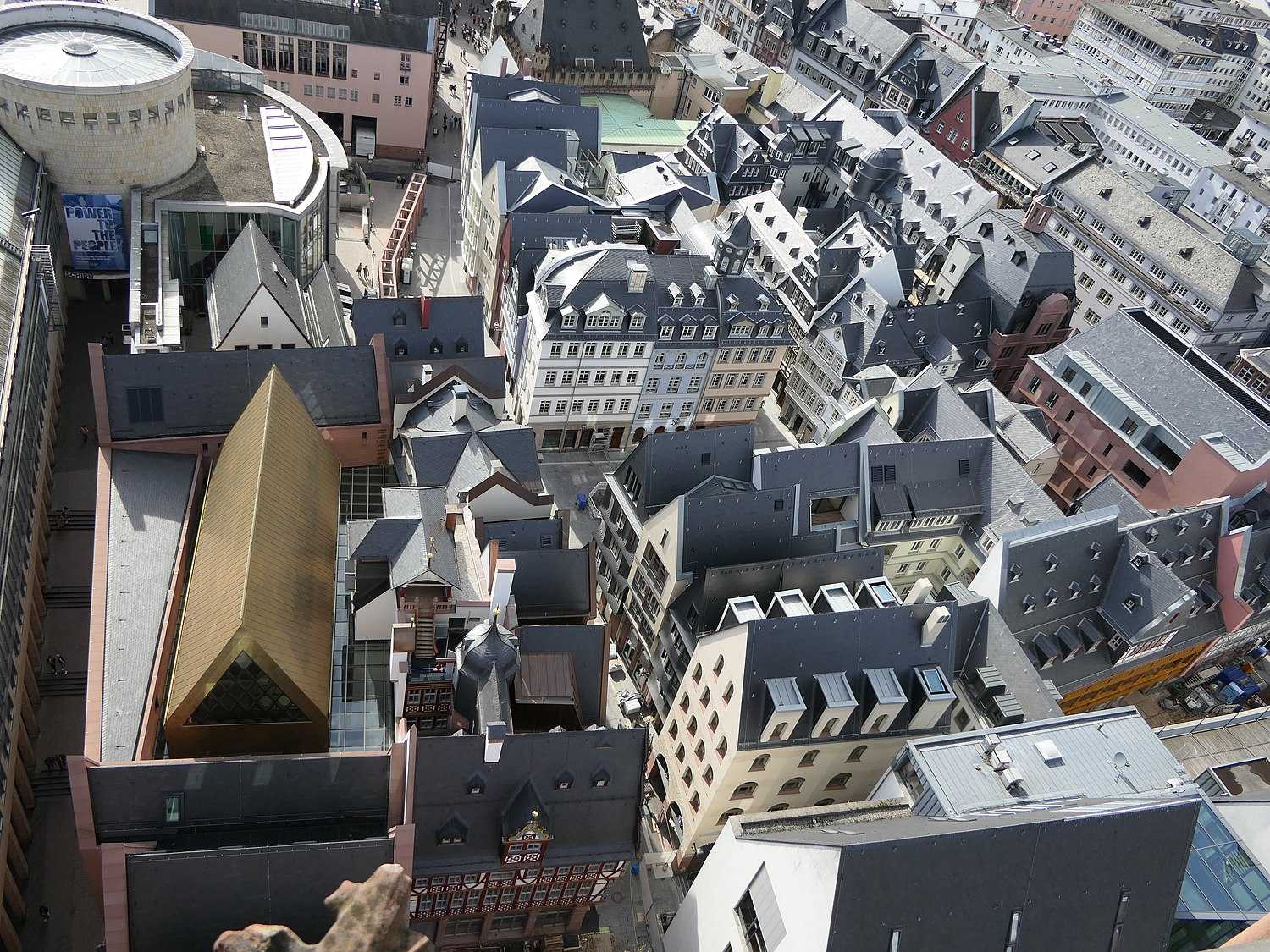 The New Frankfurt Old Town (also known as the Dom-Römer Quarter) is the centre of the old town of Frankfurt am Main, which was reconstructed from 2012 to 2018 as part of a major urban development project called the Dom-Römer Project (German: Dom-Römer-Projekt). The project redesigned and developed a 7,000 square meter property between Römerberg in the west and Domplatz in the east, delimited by Braubachstrasse in the north and the Schirn Kunsthalle in the south, in an effort to remake the old city centre, the Altstadt (old town) of Frankfurt am Main, Germany, which was severely damaged during World War II, in the style of the pre-war architecture.

It aims to give the old town quarter between the Römerberg square and the Cathedral (Dom) new life. The old city had already been thoroughly changed in 1904 by hewing several aisles for wide streets into the medieval cluster of insalubrious houses and small alley ways, clearing the way for a tramway line through the historic centre.

Due to the heavy bombing of Frankfurt am Main in World War II with many timber-framed buildings, most of the city's old town was destroyed. The efforts to rebuild parts of it began in the 1950s with the Römer city hall, which was built as a modern office building behind the old façade still standing after the war, and parts of the surrounding Römerberg square, building an underground multi-storey car park, and on top of that the modern Technisches Rathaus[1] (Technical City Hall, built 1972–74), whose façade paid homage to the historic context of the city with the timber frame design (Fachwerk) of the pre-war architecture, but within the context of "Brutalist architecture". The Historisches Museum (Museum of city history) was also built, including a cinema. In its entrance way, the museum displayed a model of the old centre as it looked at the end of World War II; in ruins.

The anti-brutalist movement continued in a public campaign to demolish the Technische Rathaus and to make the old city look like before the war. This did finally succeed, the Technisches Rathaus and the Museum of City History were demolished in 2010–2011, and the reconstruction of the old town core began.

The project is being built on top of a 1970s underground multi-storey car park and the U-Bahn Line B station underneath. Because of the demolition of the Technisches Rathaus, the underground moved and the tunnel had to be monitored closely and corrected several times.

Civic engagement in particular led to the old-town-oriented planning of the Dom-Römer project.[2] The 35 designs of new buildings were 2010–11 in several architectural competitions determined with more than 170 participants. The foundation stone was laid at the end of January 2012. At the end of 2017, all of the houses were largely completed from the outside. On 9 May 2018, the fences were removed and the new district was made fully accessible to the public.[3][4] From 28 to 30 September 2018, a three-day old town festival was held for the opening.[5][6] Between 250,000 and 300,000 people came to the civic festival in Frankfurt.[7] In March 2019, the Frankfurt Dom-Römer project received the prestigious international MIPIM award.[8]