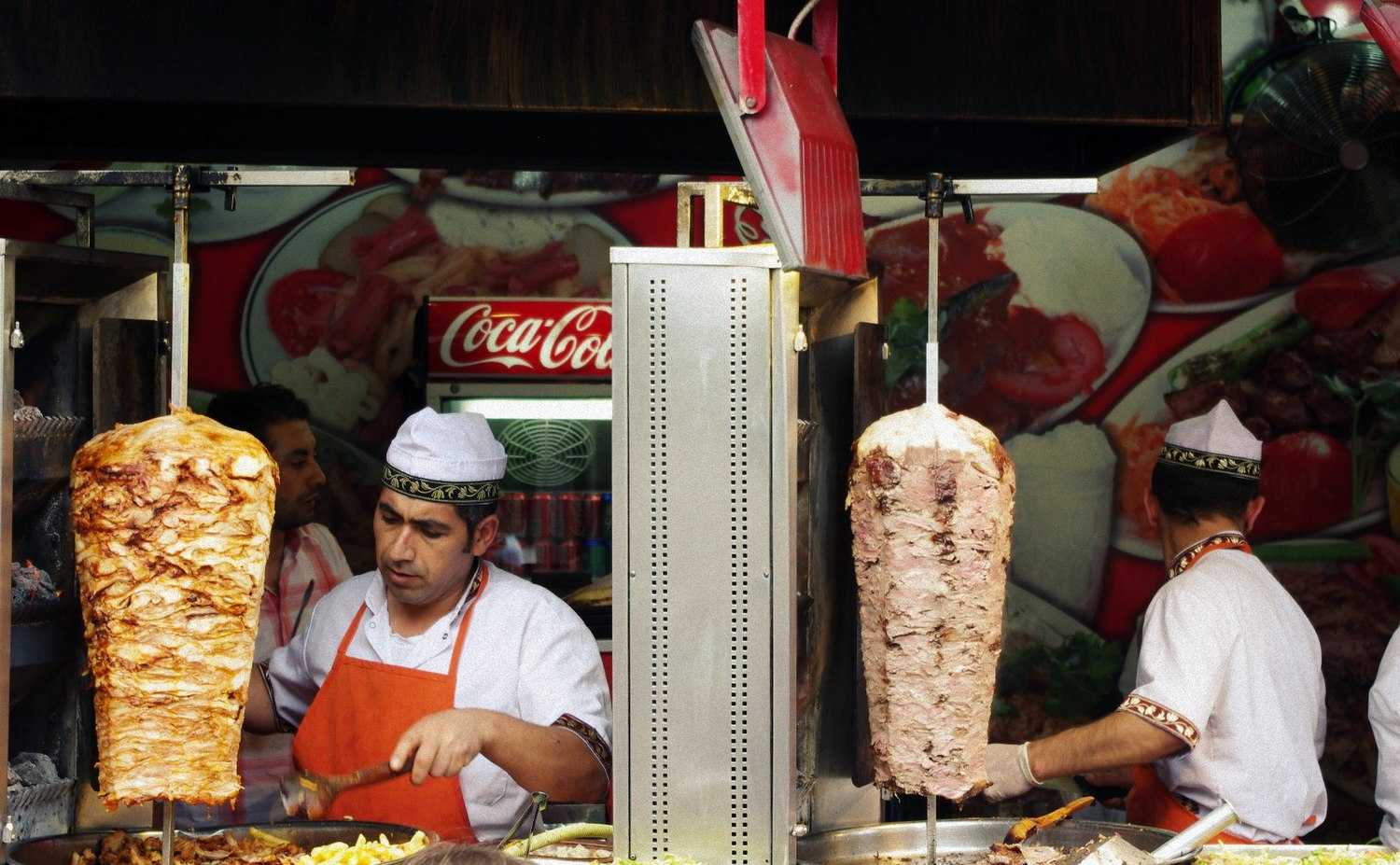 Doner kebab (UK: /ˈdɒnər kɪˈbæb/, US: /ˈdoʊnər kɪˈbɑːb/; Turkish: döner or döner kebap, pronounced [dœˈnæɾ ceˈbap]), also spelled döner kebab, is a type of kebab, made of meat cooked on a vertical rotisserie.[1] Seasoned meat stacked in the shape of an inverted cone is turned slowly on the rotisserie, next to a vertical cooking element. The operator uses a knife to slice thin shavings from the outer layer of the meat as it cooks. The vertical rotisserie was invented in the 19th-century Ottoman Empire, and dishes such as the Arab shawarma, Greek gyros, Canadian donair, and Mexican al pastor are derived from this.[2][3][4]

The modern sandwich variant of döner kebab originated and was popularized in 1970s West Berlin by Turkish immigrants.[5][6][7] This was recognized by the Berlin-based Association of Turkish Doner Manufacturers in Europe, in 2011.[8] Nowadays there are more döner kebab stores in Berlin than in Istanbul.[9]

The sliced meat of a doner kebab may be served on a plate with various accompaniments, stuffed into a pita or other type of bread as a sandwich, or wrapped in a thin flatbread such as lavash or yufka, known as a dürüm (literally meaning roll or wrap in Turkish). Kadir Nurman in the early 1970s introduced the sandwich or wrap form, which has become popular around the world as a fast food dish sold by kebab shops, and is often called simply a "kebab".[10] The sandwich generally contains salad or vegetables, which may include tomato, lettuce, cabbage, onion with sumac, fresh or pickled cucumber, or chili, and various types of sauces.