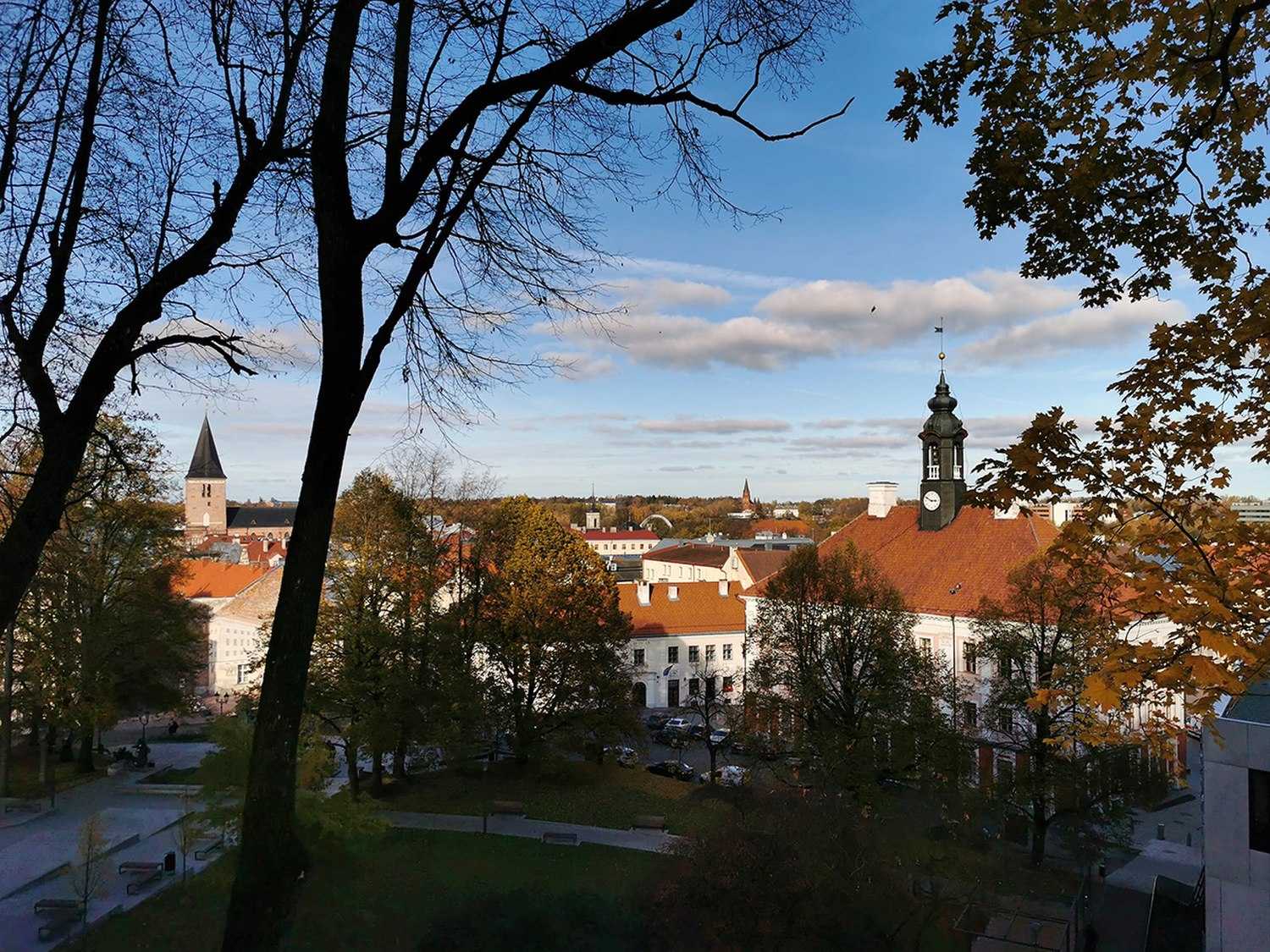 Tartu[lower-alpha 1] is the second largest city in Estonia after Tallinn. Tartu has a population of 91,407 (as of 2021).[3] It is 186 kilometres (116 miles) southeast of Tallinn and 245 kilometres (152 miles) northeast of Riga, Latvia. Tartu lies on the Emajõgi river, which connects the two largest lakes in Estonia, Lake Võrtsjärv and Lake Peipus. From the 13th century until the end of the 19th century, Tartu was known in most of the world by variants of its historical name Dorpat.

Tartu, the largest urban centre of southern Estonia, is often considered the "intellectual capital city" of the country,[1][2][5][6][7] especially as it is home to the nation's oldest and most renowned university, the University of Tartu (founded in 1632). [8][9] Tartu also houses the Supreme Court of Estonia, the Ministry of Education and Research, the Estonian National Museum, and the oldest Estonian-language theatre, Vanemuine. It is also the birthplace of the Estonian Song Festivals.