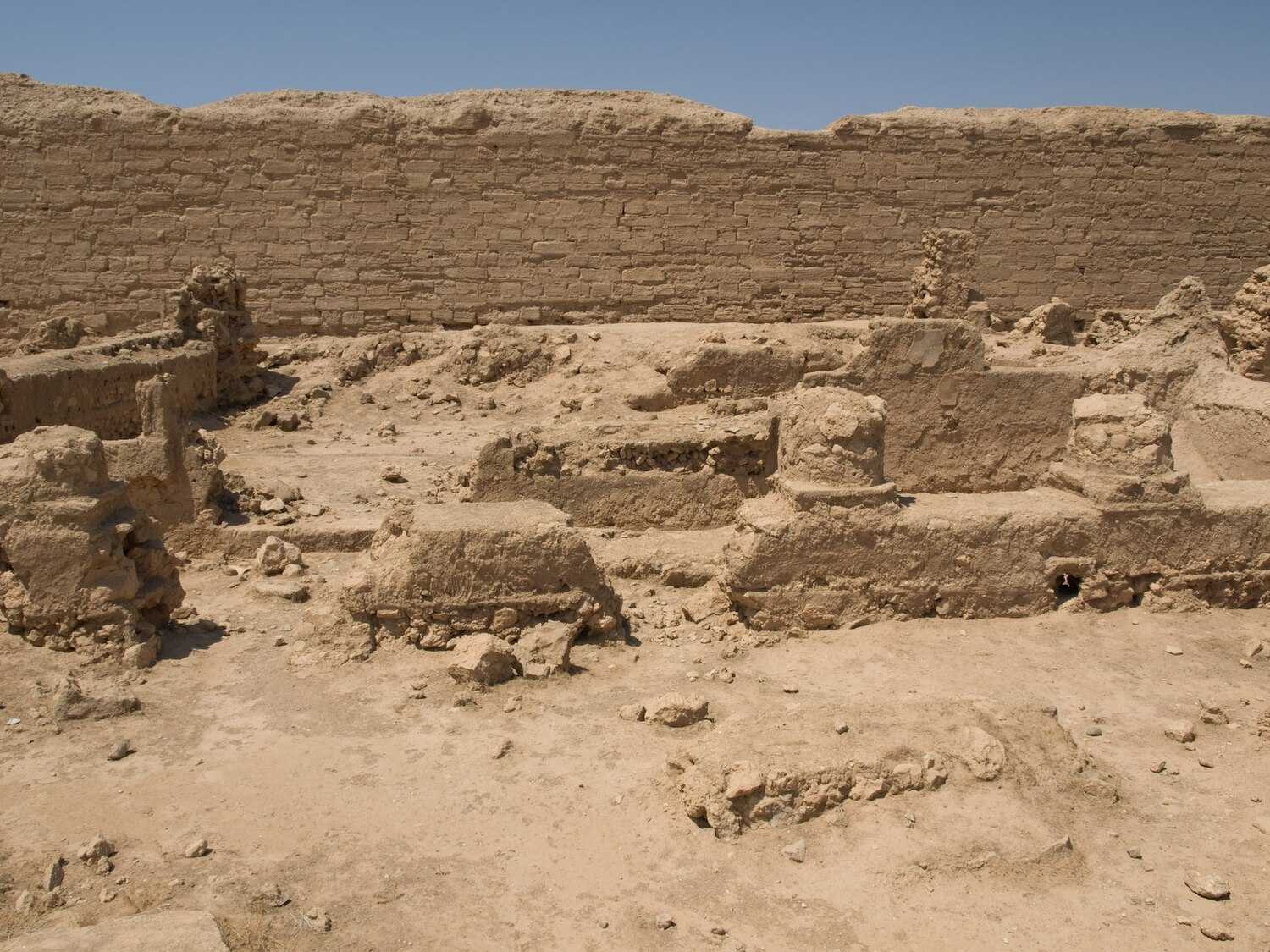 The Dura-Europos synagogue (or "Dura Europas", "Dura Europos" etc.) was an ancient synagogue uncovered at Dura-Europos, Syria, in 1932. The synagogue contains a forecourt and house of assembly with painted walls depicting people and animals, and a Torah shrine in the western wall facing Jerusalem. It was built backing on to the city wall, which was important in its survival. The last phase of construction was dated by an Aramaic inscription to 244 CE, making it one of the oldest synagogues in the world. It was unique among the many ancient synagogues that have emerged from archaeological excavations as the structure was preserved virtually intact, and it had extensive figurative wall-paintings, which came as a considerable surprise to scholars. These paintings are now displayed in the National Museum of Damascus.

Dura-Europos was a small garrison and trading city on the river Euphrates, and usually on the frontier between the Eastern Roman Empire and the Parthian and finally the Sassanid Empires of Persia. It changed hands at various points but was Roman from 165 AD. Before the final Persian destruction of the town in 256-257 AD, parts of the synagogue which abutted the main city wall were apparently requisitioned and filled with sand as a defensive measure. The city was abandoned after its fall and never resettled, and the lower walls of the rooms remained buried and largely intact until excavated. The short measure of time during which it was used ensured that it would have limited impact upon Judeo-Christian art. The excavations also discovered very important wall-paintings from places of worship of Christianity at the Dura-Europos church. In addition, there were wall paintings edifying Mithraism, and fragmentary Christian texts in Hebrew.

In the Syrian Civil War, the site was occupied by ISIL, and what was left of the synagogue and a number of other buildings there appear to have been destroyed.[1]