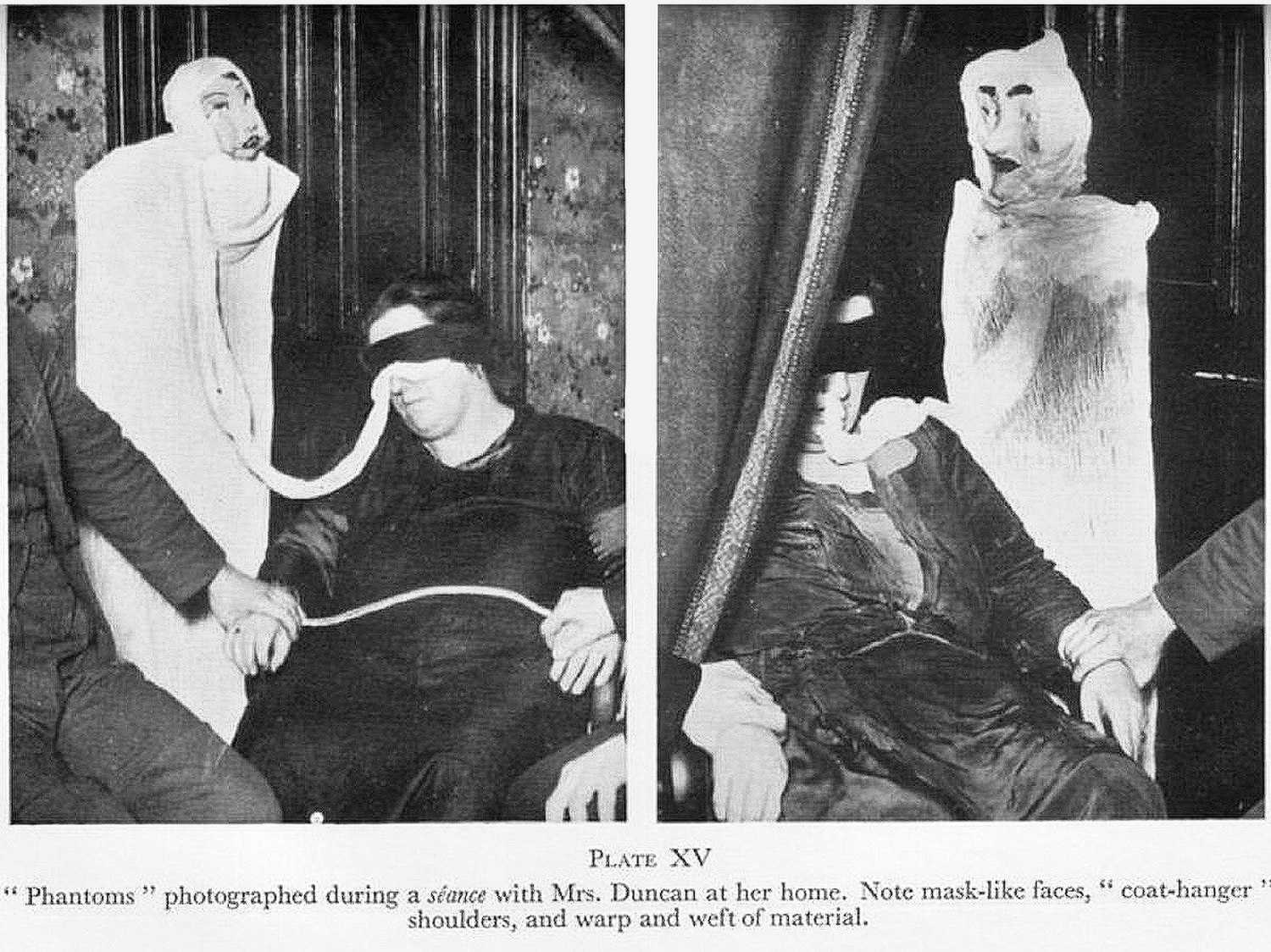 Ectoplasm (from Greek ektos 'outside' and plasma 'something formed or molded') is a term used in spiritualism to denote a substance or spiritual energy "exteriorized" by physical mediums. It was coined in 1894 by psychical researcher Charles Richet.[1] Although the term is widespread in popular culture,[2] there is no scientific evidence that ectoplasm exists[3][4][5][6] and many purported examples were exposed as hoaxes fashioned from cheesecloth, gauze or other natural substances.[7][8]