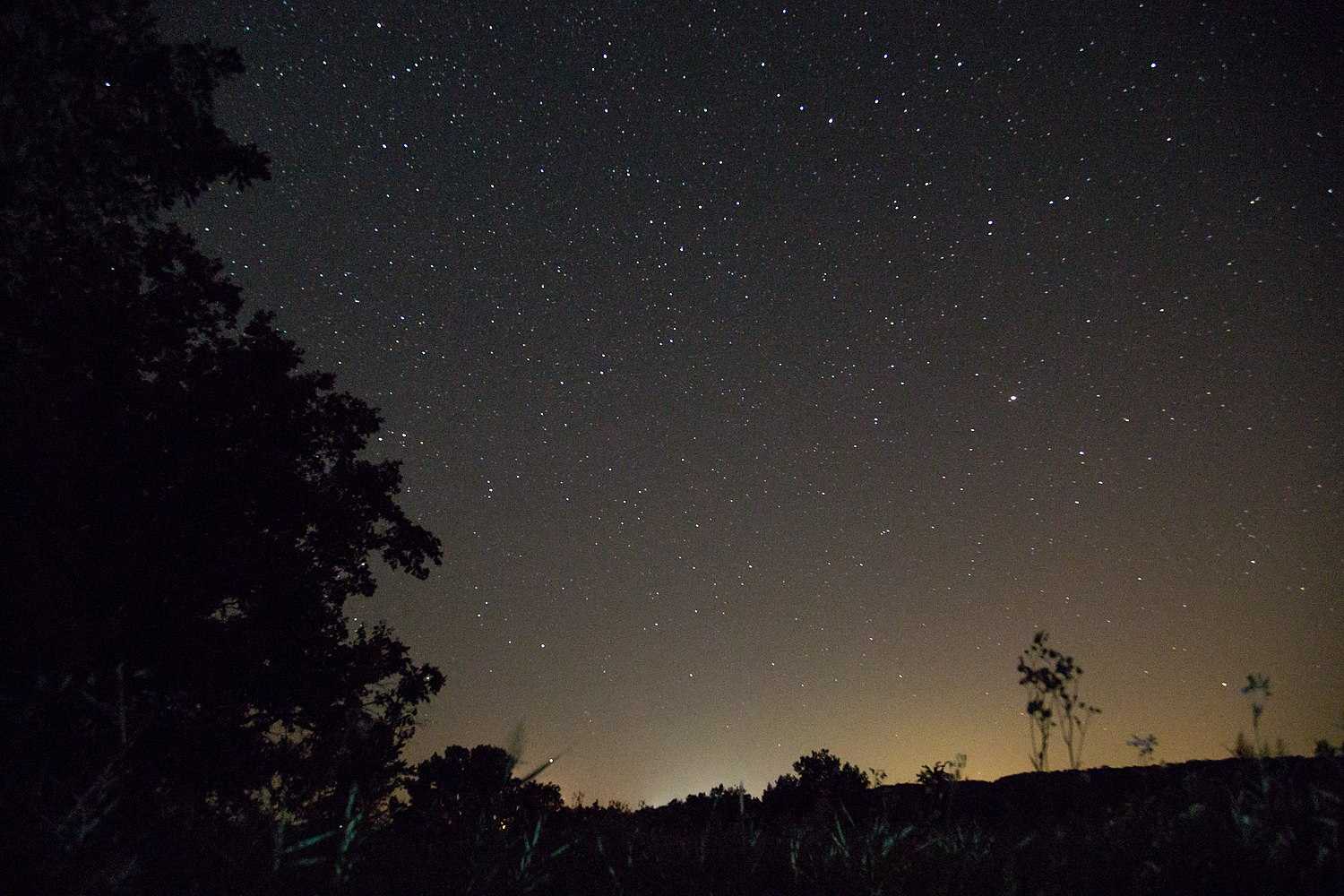 In astronomy, the fixed stars (Latin: stellae fixae) are the glowing points, mainly stars, that appear not to move relative to one another against the darkness of the night sky in the background. This is in contrast to those lights visible to naked eye, namely planets and comets, which appear to move slowly between those "fixed" stars. The fixed stars includes all the stars visible to the naked eye other than the Sun, plus the faint strip of the Milky Way. Due to their star-like appearance when with the naked eye, the few visible individual nebulae and other deep-sky objects also are counted among the fixed stars. There are approximately 6,000 stars visible to the naked eye under optimal conditions.

The term fixed stars is a misnomer because those celestial objects are not actually fixed with respect to one another or to the Earth. Because of their immense distance from the Earth, these objects appear to move so slowly in the sky that the change in their relative positions is nearly imperceptible on human timescales, except under careful examination with modern instruments, such as telescopes, that can reveal their proper motions. So they can be considered to be "fixed" for many purposes, as navigation, charting of stars, astrometry, etc.

Due to the large distances of astronomical objects, human vision is unable to perceive the three-dimensional depth of the outer space, giving the impression that all stars and other extrasolar astronomical objects are at the same distance from the viewer. Historically, the fixed stars were often believed to exist attached on a giant celestial sphere, or firmament, which revolves daily around the Earth, and hence it was known as the "sphere of fixed stars", which acted as the supposed limit of the whole universe. For many centuries, the term "fixed stars" was a synonym for that celestial sphere.

People in many cultures have imagined that the brightest stars form constellations, which are apparent pictures in the sky seeming to be persistent, being deemed also as fixed. That way, constellations have been used for centuries, and still are today, to identify regions of the starry night by both professional and amateur astronomers.