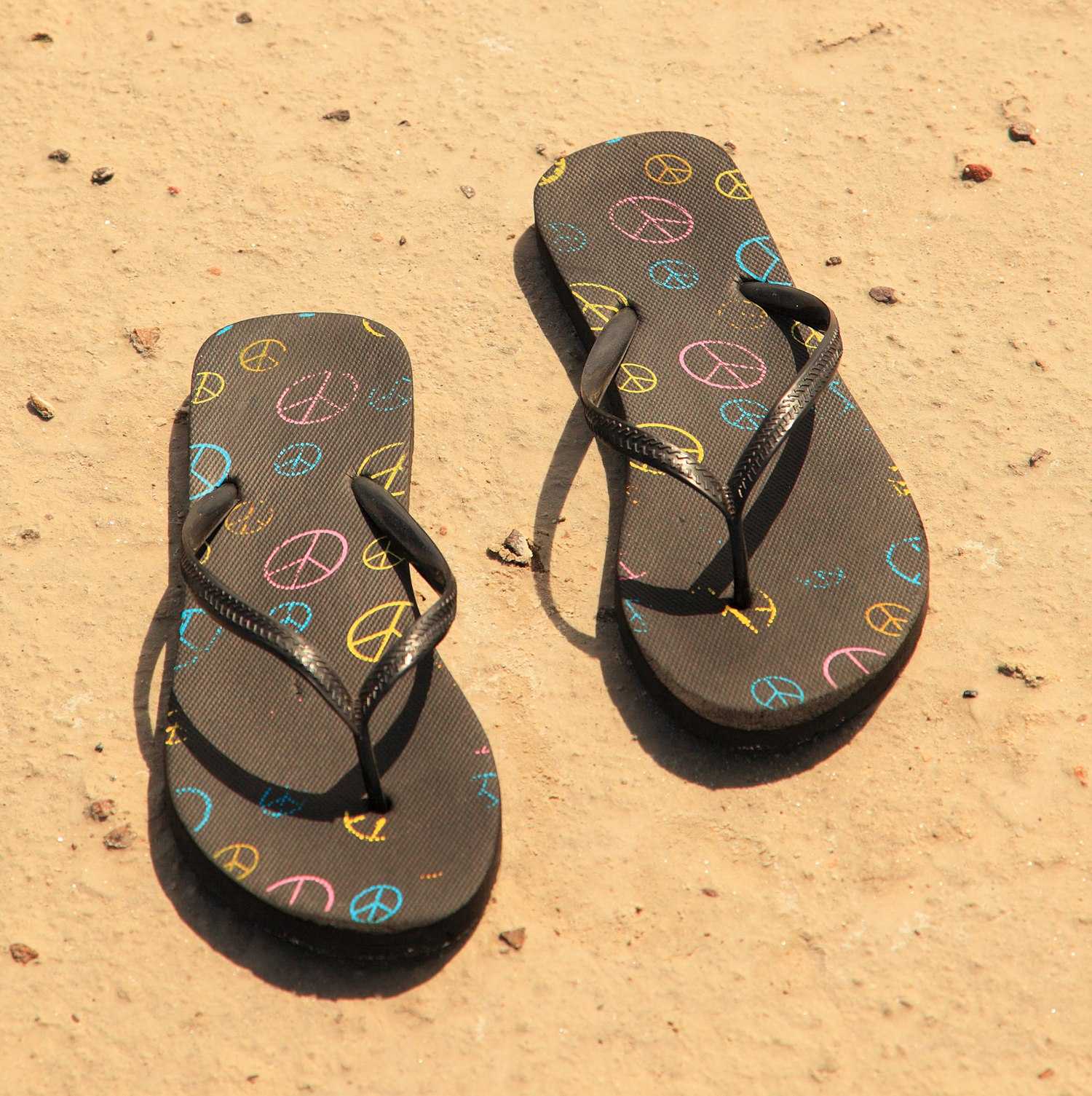 Flip-flops are a type of light sandal, typically worn as a form of casual footwear. They consist of a flat sole held loosely on the foot by a Y-shaped strap known as a toe thong that passes between the first and second toes and around both sides of the foot or can be a rigid base with a strap across all the toes.

This style of footwear has been worn by the people of many cultures throughout the world, originating as early as the ancient Egyptians in 1,500 B.C.

In the United States the flip-flop has been popularized from the Japanese zōri, after World War II as soldiers brought them back from Japan. They became a prominent unisex summer footwear[1] starting in the 1960s.