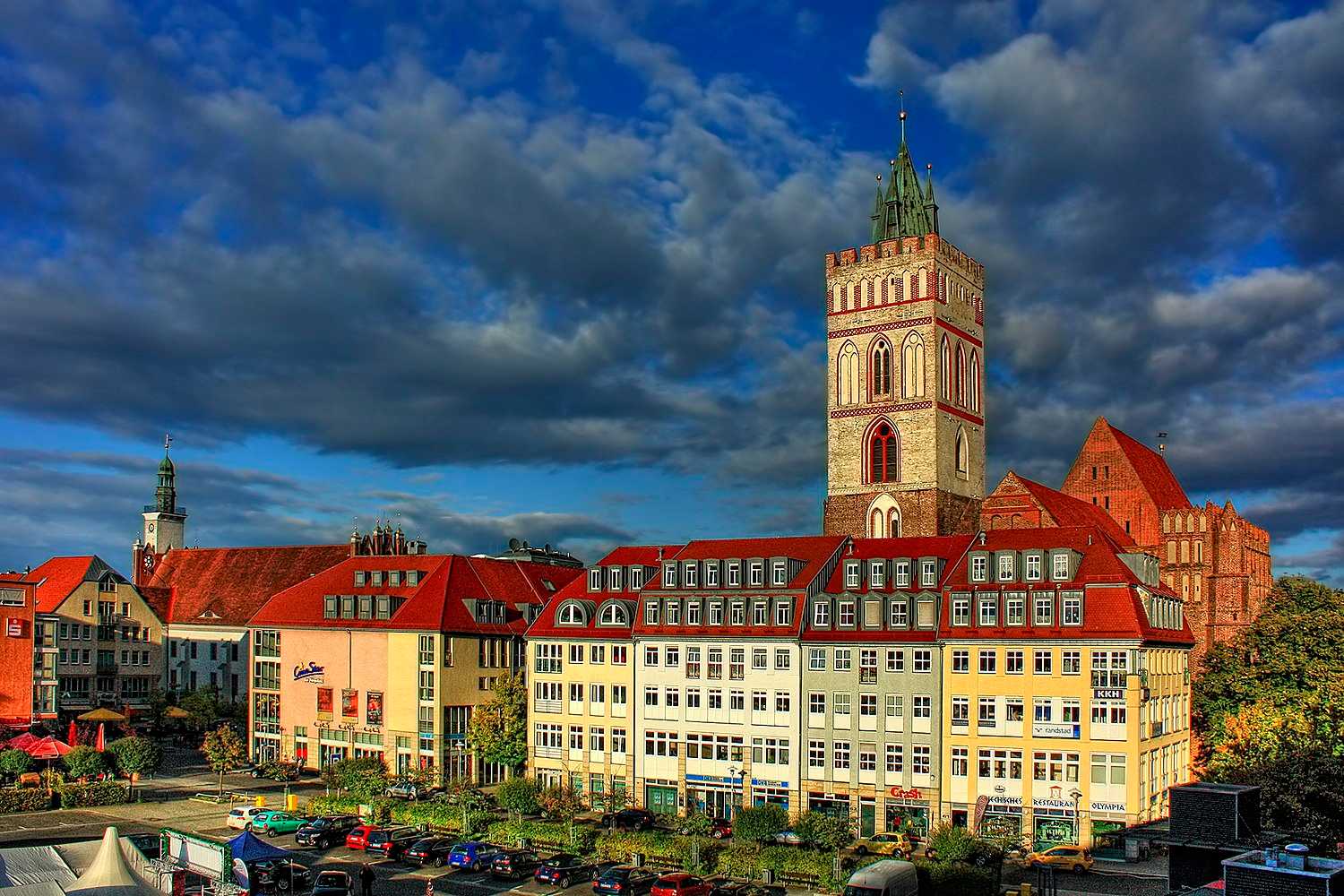 Frankfurt (Oder), also known as Frankfurt an der Oder (German: [ˈfʁaŋkfʊʁt ʔan deːɐ̯ ˈʔoːdɐ]), is a city in the German state of Brandenburg. It has around 57,000 inhabitants, is one of the easternmost cities in Germany, the fourth-largest city in Brandenburg, and the largest German city on the river Oder. Frankfurt sits on the western bank of the river, opposite the Polish town of Słubice, which was a part of Frankfurt until 1945, and called Dammvorstadt until then. The city is located about 80 kilometres (50 mi) east of Berlin, in the south of the historical region Lubusz Land. The large lake Helenesee lies within Frankfurt's city limits.

The city's recorded history began in the 13th century as a West Slavic settlement. During its history, it was successively part of the Kingdom of Poland, the Margraviate of Brandenburg, the Bohemian Crown, Prussia and Germany. After World War II, the eastern part of Frankfurt became part of Poland under the terms of the Potsdam Agreement and was renamed to Słubice, while the western part of Frankfurt became a border city of the German Democratic Republic in 1949.

During the communist era, Frankfurt reached a population peak with more than 87,000 inhabitants at the end of the 1980s. Following German reunification, the population decreased significantly, but has stabilized in recent years at about 58,000 inhabitants. As of 2020, the city plays an important role in German–Polish relations and European integration. Frankfurt is home to the European University Viadrina, which has a campus in Słubice, the Collegium Polonicum.