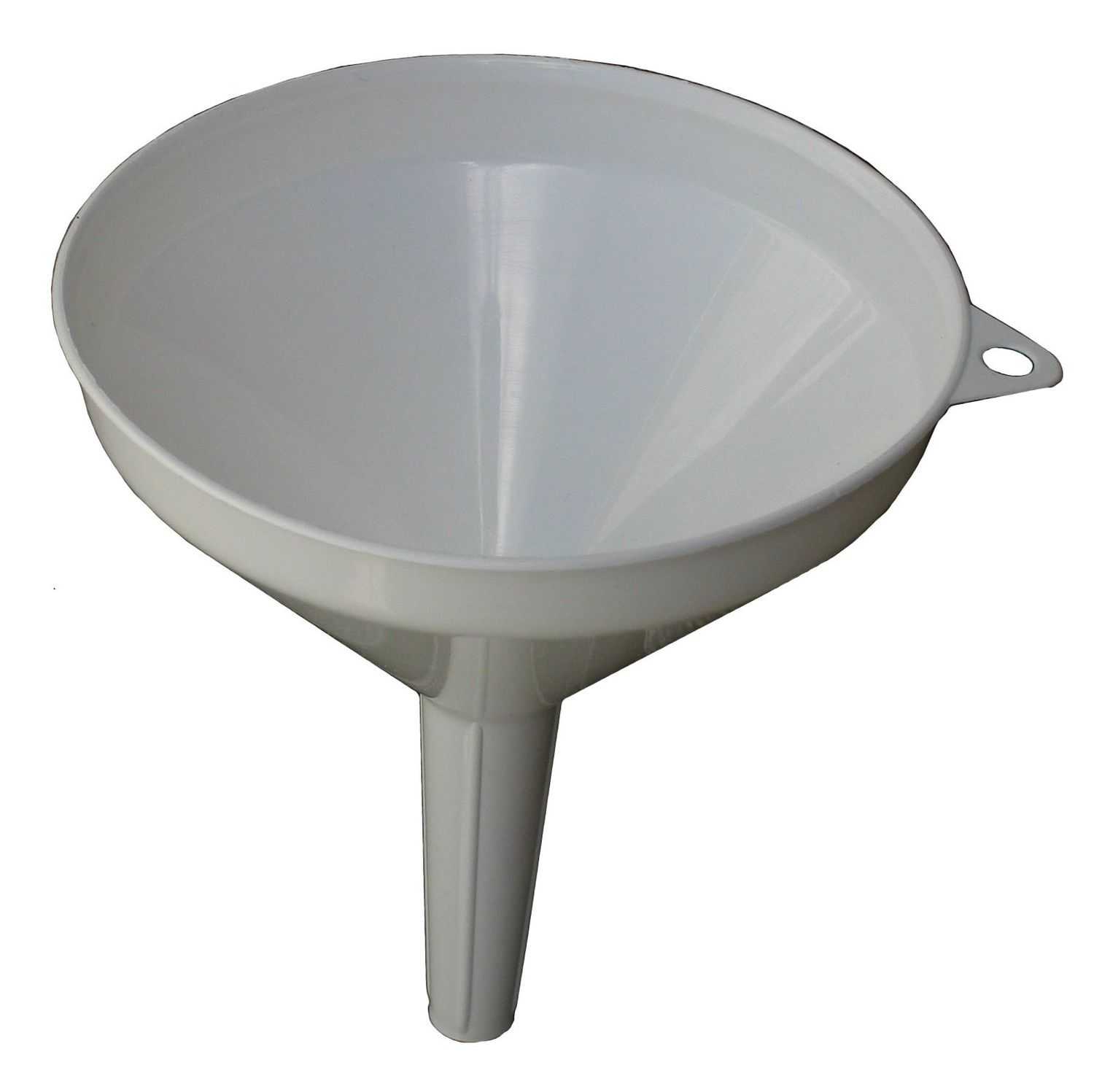 A funnel is a tube or pipe that is wide at the top and narrow at the bottom, used for guiding liquid or powder into a small opening.

Pipe with a wide top and narrow bottom

Funnels are usually made of stainless steel, aluminium, glass, or plastic. The material used in its construction should be sturdy enough to withstand the weight of the substance being transferred, and it should not react with the substance. For this reason, stainless steel or glass are useful in transferring diesel, while plastic funnels are useful in the kitchen. Sometimes disposable paper funnels are used in cases where it would be difficult to adequately clean the funnel afterwards (for example, in adding motor oil into a car). Dropper funnels, also called dropping funnels or tap funnels, have a tap to allow the controlled release of a liquid. A flat funnel,[1] made of polypropylene, utilises living hinges and flexible walls to fold flat.

The term "funnel" may refer to the chimney or smokestack on a steam locomotive and commonly refers to the same on a ship. The term funnel is also applied to other seemingly strange objects like a smoking pipe or a kitchen bin.