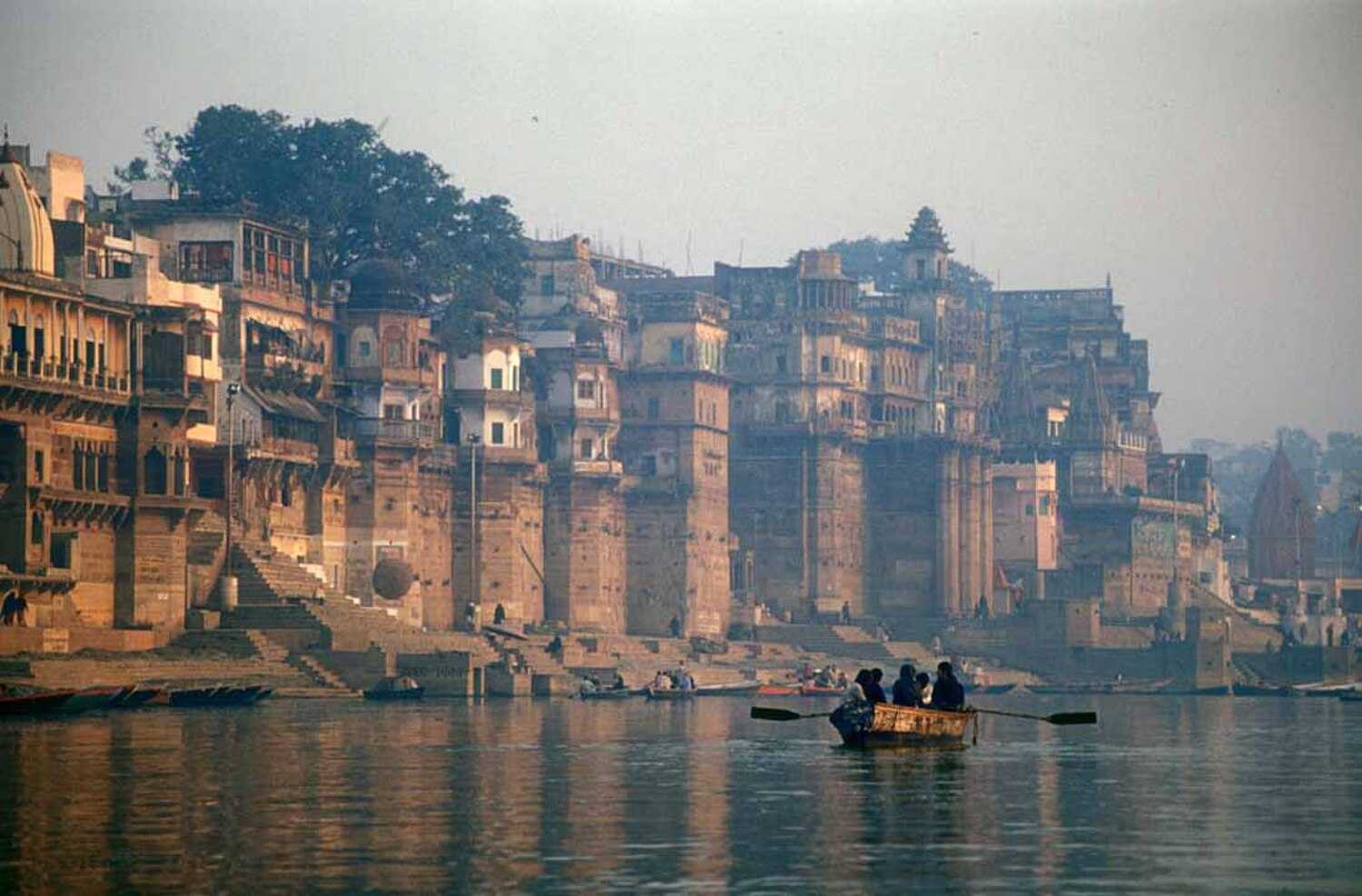 The Ganges (/ˈɡændʒiːz/ GAN-jeez) (in India: Ganga (/ˈɡʌŋɡə/ GUNG-ə); in Bangladesh: Padma (/ˈpʌdmə/ PUD-mə))[5][6][7][8] is a trans-boundary river of Asia which flows through India and Bangladesh. The 3,000 km (1,900 mi) river rises in the western Himalayas in the Indian state of Uttarakhand. It flows south and east through the Gangetic plain of North India, receiving the right-bank tributary, the Yamuna, which also rises in the western Indian Himalayas, and several left-bank tributaries from Nepal that account for the bulk of its flow.[9][10] In West Bengal state, India, a feeder canal taking off from its right bank diverts 50% of its flow southwards, artificially connecting it to the Hooghly river. The Ganges continues into Bangladesh, its name changing to the Padma. It is then joined by the Jamuna, the lower stream of the Brahmaputra, and eventually the Meghna, forming the major estuary of the Ganges Delta, and emptying into the Bay of Bengal. The Ganges-Brahmaputra-Meghna system is the second largest river on earth by discharge.[11][12]

The Ganges is a lifeline to millions of people who live in its basin and depend on it for their daily needs.[13] It has been important historically, with many former provincial or imperial capitals such as Pataliputra,[14] Kannauj,[14] Kara, Munger, Kashi, Patna, Hajipur, Delhi, Bhagalpur, Murshidabad, Baharampur, Kampilya, and Kolkata located on its banks or the banks of tributaries and connected waterways. The river is home to approximately 140 species of fish, 90 species of amphibians, and also reptiles and mammals, including critically endangered species such as the gharial and South Asian river dolphin.[15] The Ganges is the most sacred river to Hindus.[16] It is worshipped as the goddess Ganga in Hinduism.[17]

The Ganges is threatened by severe pollution. This poses a danger not only to humans but also to animals. The levels of fecal coliform bacteria from human waste in the river near Varanasi are more than a hundred times the Indian government's official limit.[15] The Ganga Action Plan, an environmental initiative to clean up the river, has been considered a failure[lower-alpha 1][lower-alpha 2][18] which is variously attributed to corruption, a lack of will in the government, poor technical expertise,[lower-alpha 3] poor environmental planning[lower-alpha 4] and a lack of support from religious authorities.[lower-alpha 5]