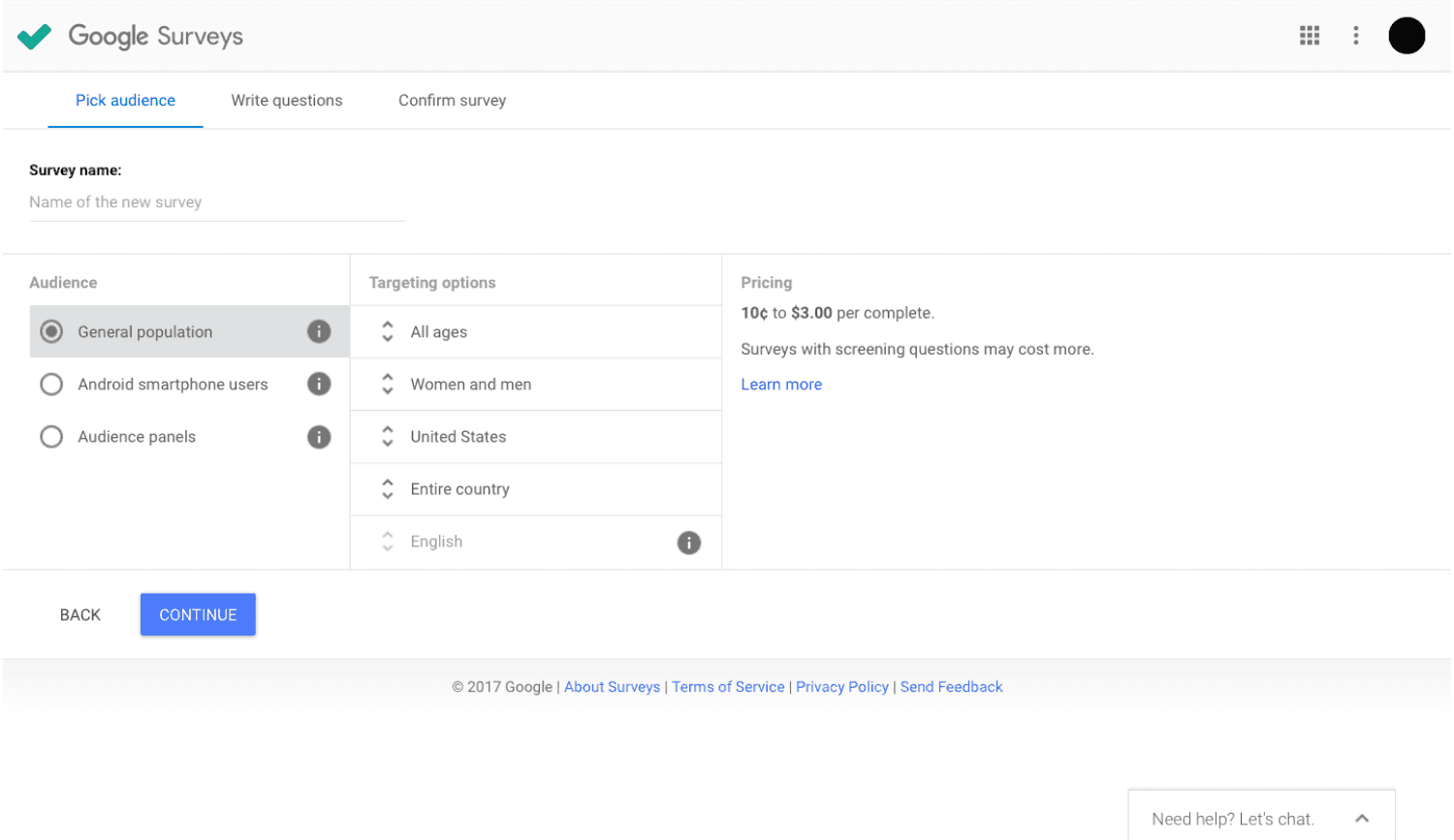 Google Surveys (formerly Google Consumer Surveys)[3] was a business product by Google aimed at facilitating customized market research.[1] Released in 2012, Google announced in September 2022 that it would close on 1 November 2022.[4] This product was designed by Google as an alternative to internet pay walls for websites that publish content. The program was launched by several online publishers such as Pandora, AdWeek, and the New York Daily News.[5] Google Surveys was part of the Google Marketing Platform.