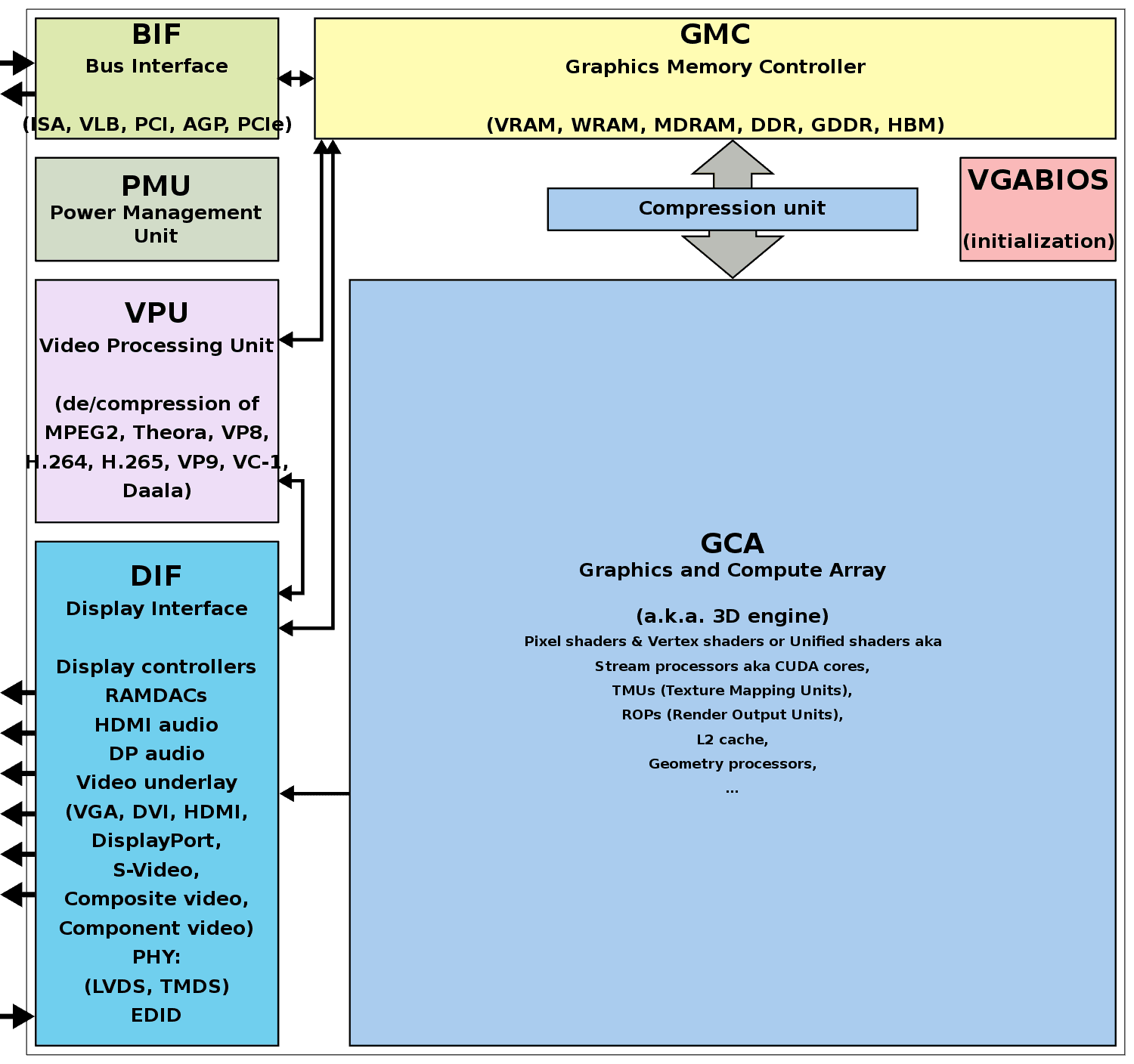 A graphics processing unit (GPU) is a specialized electronic circuit designed to manipulate and alter memory to accelerate the creation of images in a frame buffer intended for output to a display device. GPUs are used in embedded systems, mobile phones, personal computers, workstations, and game consoles.

Modern GPUs are efficient at manipulating computer graphics and image processing. Their parallel structure makes them more efficient than general-purpose central processing units (CPUs) for algorithms that process large blocks of data in parallel. In a personal computer, a GPU can be present on a video card or embedded on the motherboard. In some CPUs, they are embedded on the CPU die.[1]

In the 1970s, the term "GPU" originally stood for graphics processor unit and described a programmable processing unit independently working from the CPU and responsible for graphics manipulation and output.[2][3] Later, in 1994, Sony used the term (now standing for graphics processing unit) in reference to the PlayStation console's Toshiba-designed Sony GPU in 1994.[4] The term was popularized by Nvidia in 1999, who marketed the GeForce 256 as "the world's first GPU".[5] It was presented as a "single-chip processor with integrated transform, lighting, triangle setup/clipping, and rendering engines".[6] Rival ATI Technologies coined the term "visual processing unit" or VPU with the release of the Radeon 9700 in 2002.[7]