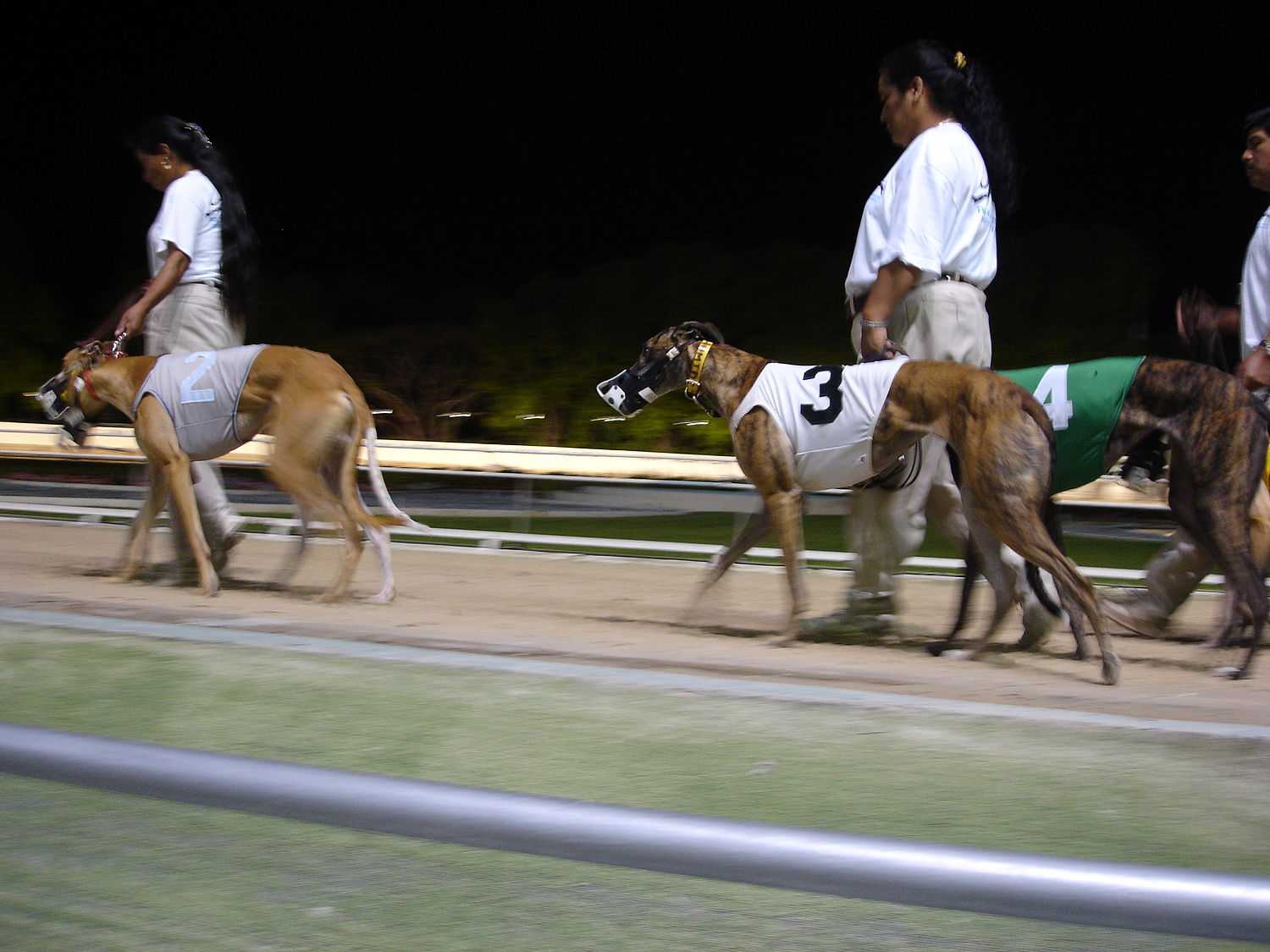 Greyhound racing is an organized, competitive sport in which greyhounds are raced around a track. There are two forms of greyhound racing, track racing (normally around an oval track) and coursing; the latter is now banned in most countries.[1] Track racing uses an artificial lure (usually a form of windsock)[2] that travels ahead of the greyhounds on a rail until the greyhounds cross the finish line. As with horse racing, greyhound races often allow the public to bet on the outcome.

Animal rights and animal welfare groups[3] have been critical of the welfare of greyhounds in the commercial racing industry for many years which has contributed to the reforms of the industries in recent years. A greyhound adoption movement spearheaded by kennel owners has arisen to assist retired racing dogs in finding homes as pets, with an estimated adoption rate of over 95% in the United States.[4]