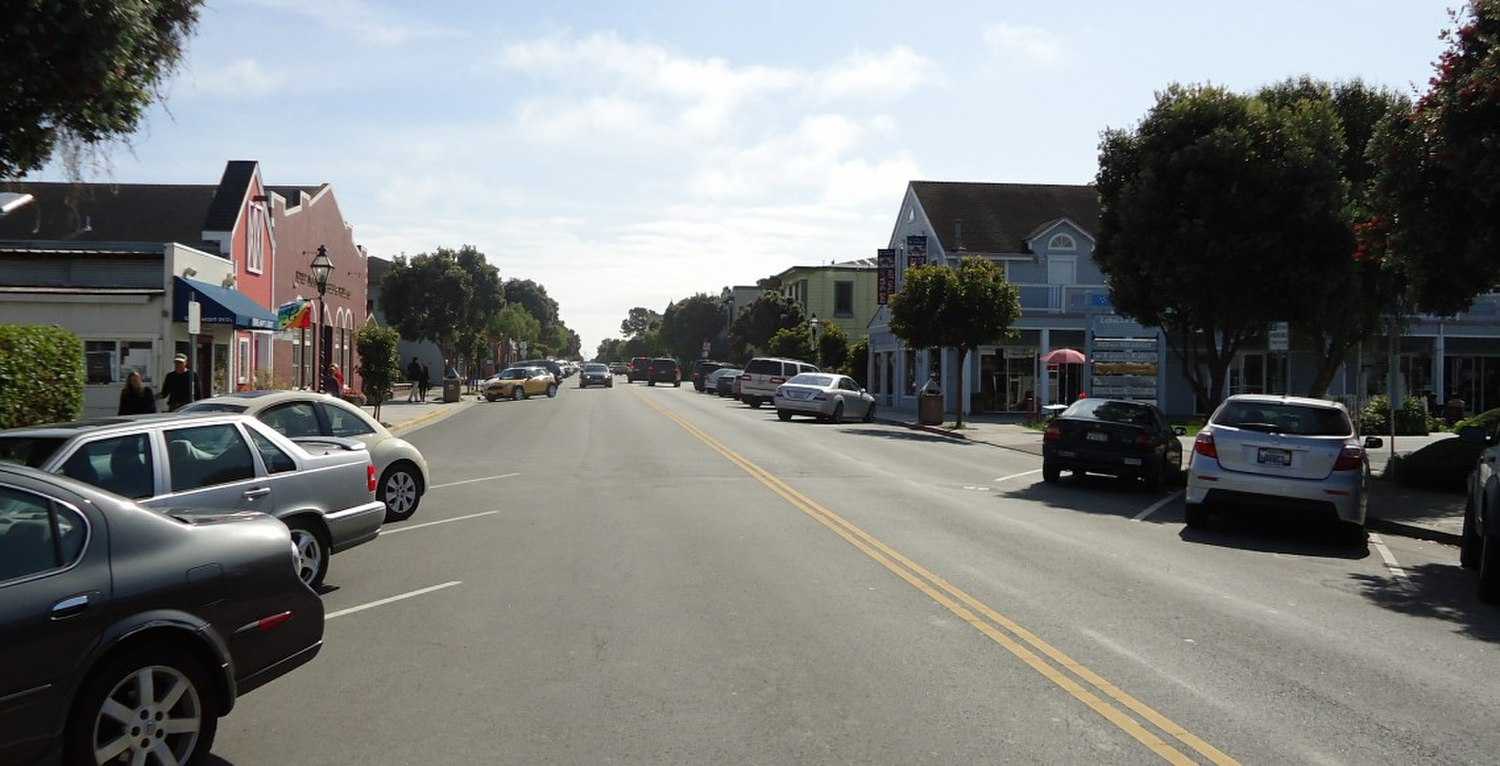 Half Moon Bay is a coastal city in San Mateo County, California, United States, approximately 25 miles (40 kilometers) south of San Francisco. Its population was 11,795 as of the[update] 2020 census. Immediately north of Half Moon Bay is Pillar Point Harbor and the unincorporated community of Princeton-by-the-Sea. Half Moon Bay is known for Mavericks, a big-wave surf location. It is called Half Moon Bay because of its crescent shape.

Originally an agricultural outpost to Mission San Francisco de Asís, the town was founded in the 1840s first as San Benito, and then as its Anglo fishing community grew, it was renamed Spanishtown. In 1874, it was again renamed Half Moon Bay. After rail and road connections in the early 1900s, the town grew. The foggy weather of the coast made the town a popular destination for booze-running during Prohibition.

The city's infrastructure is heavily integrated with the coast, including the Pillar Point Harbor, major roads, and the fire department. The economy of Half Moon Bay is dominated by a handful of businesses, the biggest of which is the Ritz-Carlton Half Moon Bay which employs 500 people and is a major source of property tax and tourism income for the city.[7] Because of this geography, a 2022 study[update] found that the city had over 123 buildings vulnerable to sea level rise.[7]