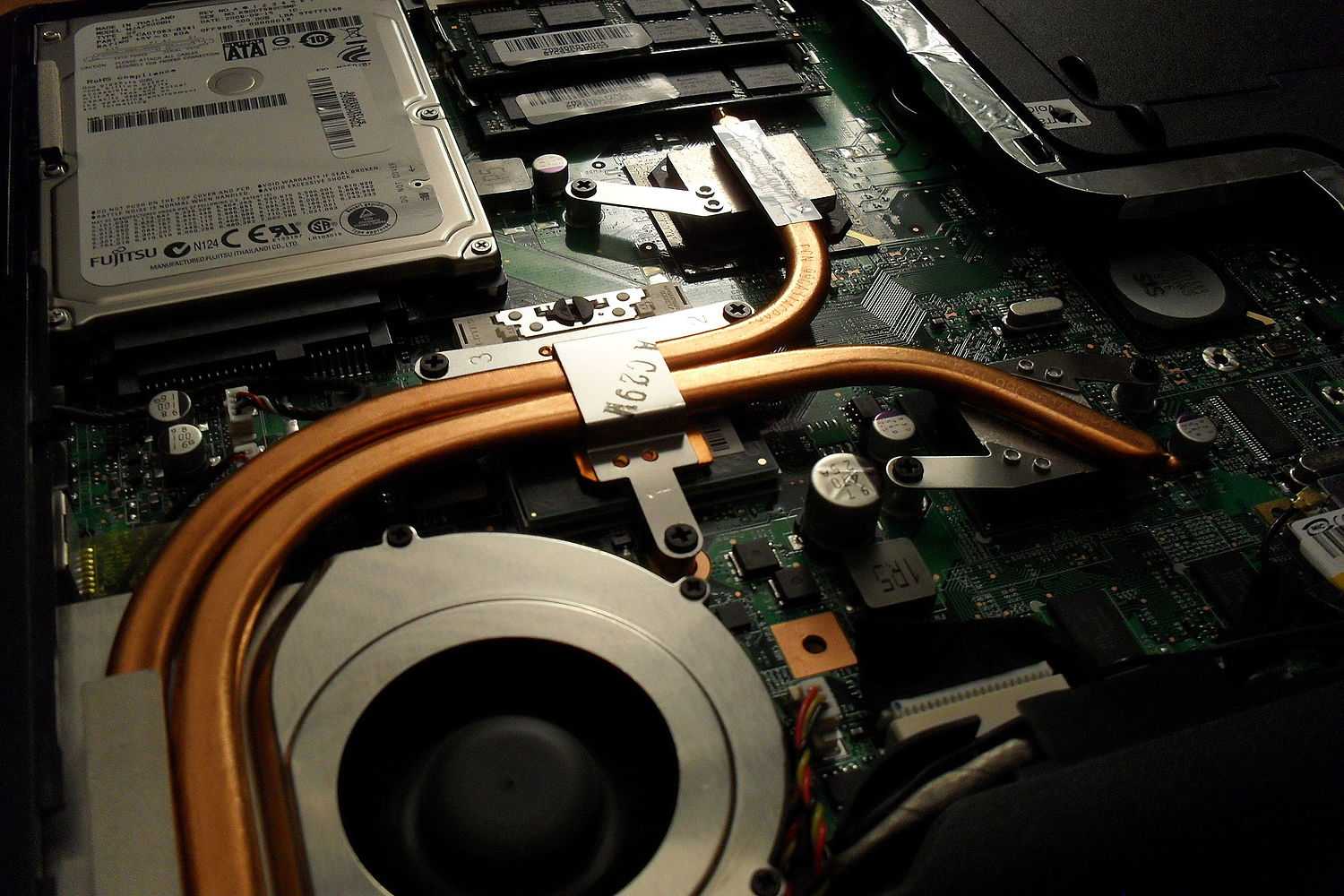 A heat pipe is a heat-transfer device that employs phase transition to transfer heat between two solid interfaces.[1]

At the hot interface of a heat pipe, a volatile liquid in contact with a thermally conductive solid surface turns into a vapor by absorbing heat from that surface. The vapor then travels along the heat pipe to the cold interface and condenses back into a liquid, releasing the latent heat. The liquid then returns to the hot interface through either capillary action, centrifugal force, or gravity and the cycle repeats.