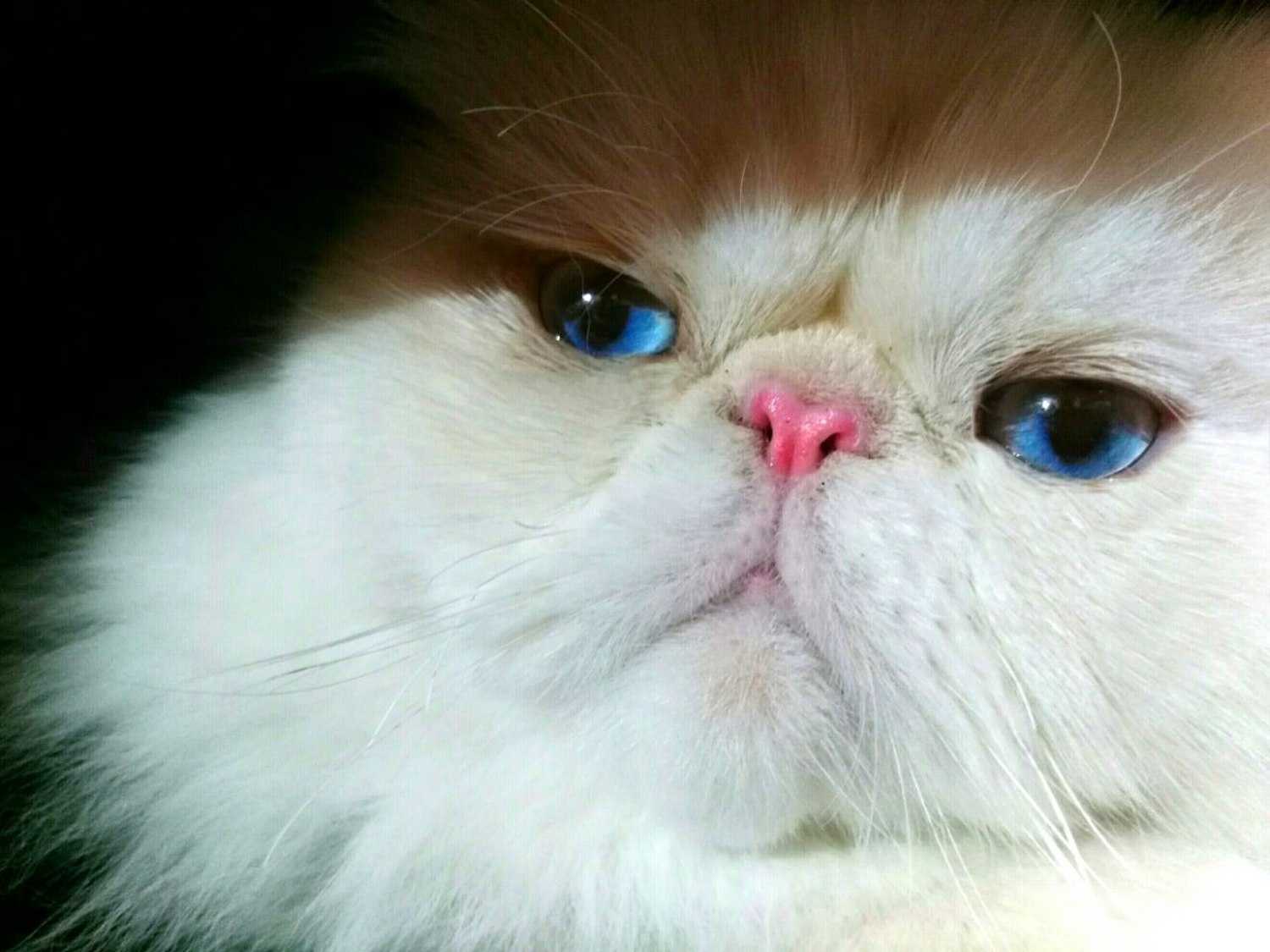 The Himalayan (short for Himalayan Persian, or Colourpoint Persian as it is commonly referred to in Europe), is a breed or sub-breed of long-haired cat similar in type to the Persian, with the exception of its blue eyes and its point colouration, which were derived from crossing the Persian with the Siamese. Some registries may classify the Himalayan as a long-haired sub-breed of Siamese, or a colorpoint sub-breed of Persian. The World Cat Federation has merged them with the Colorpoint Shorthair and Javanese into a single breed, the Colorpoint.