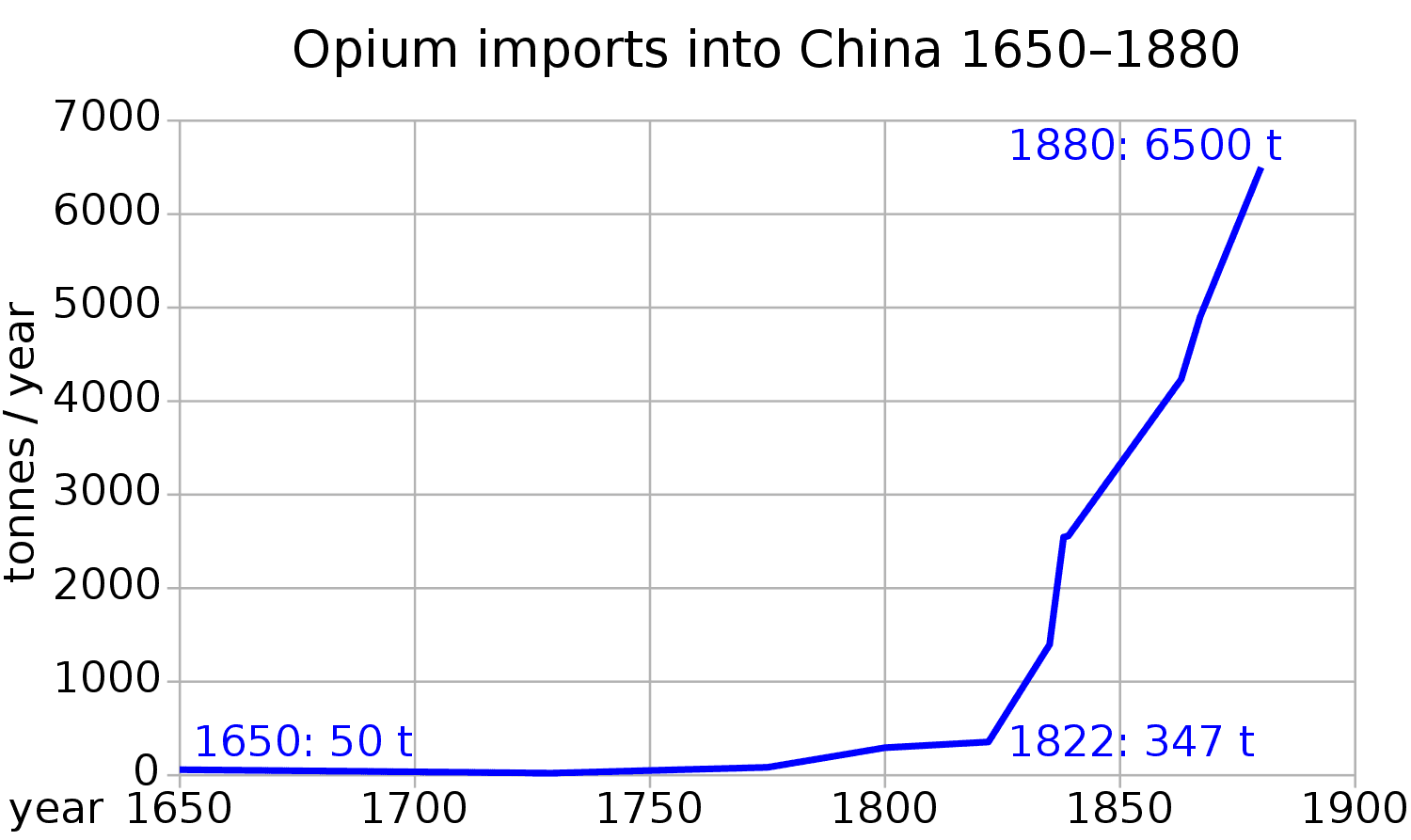 The history of opium in China began with the use of opium for medicinal purposes during the 7th century. In the 17th century the practice of mixing opium with tobacco for smoking spread from Southeast Asia, creating a far greater demand.[1]

By the late 19th century Chinese domestic opium production challenged and then surpassed imports. The 20th century opened with effective campaigns to suppress domestic farming, and in 1907 the British government signed a treaty to eliminate imports. The fall of the Qing dynasty in 1911, however, led to a resurgence in domestic production. The Nationalist Government, provincial governments, the revolutionary bases of the Chinese Communist Party (CCP), and the British colonial government of Hong Kong all depended on opium taxes as major sources of revenue, as did the Japanese occupation governments during the Second Sino-Japanese War (1937–1945).[7][8] After 1949, both the respective governments of the People's Republic of China on the mainland and of the Republic of China on Taiwan claimed to have successfully suppressed the widespread growth and use of opium.[9] In fact, opium products were still in production in Xinjiang and Northeast China.[10][11]