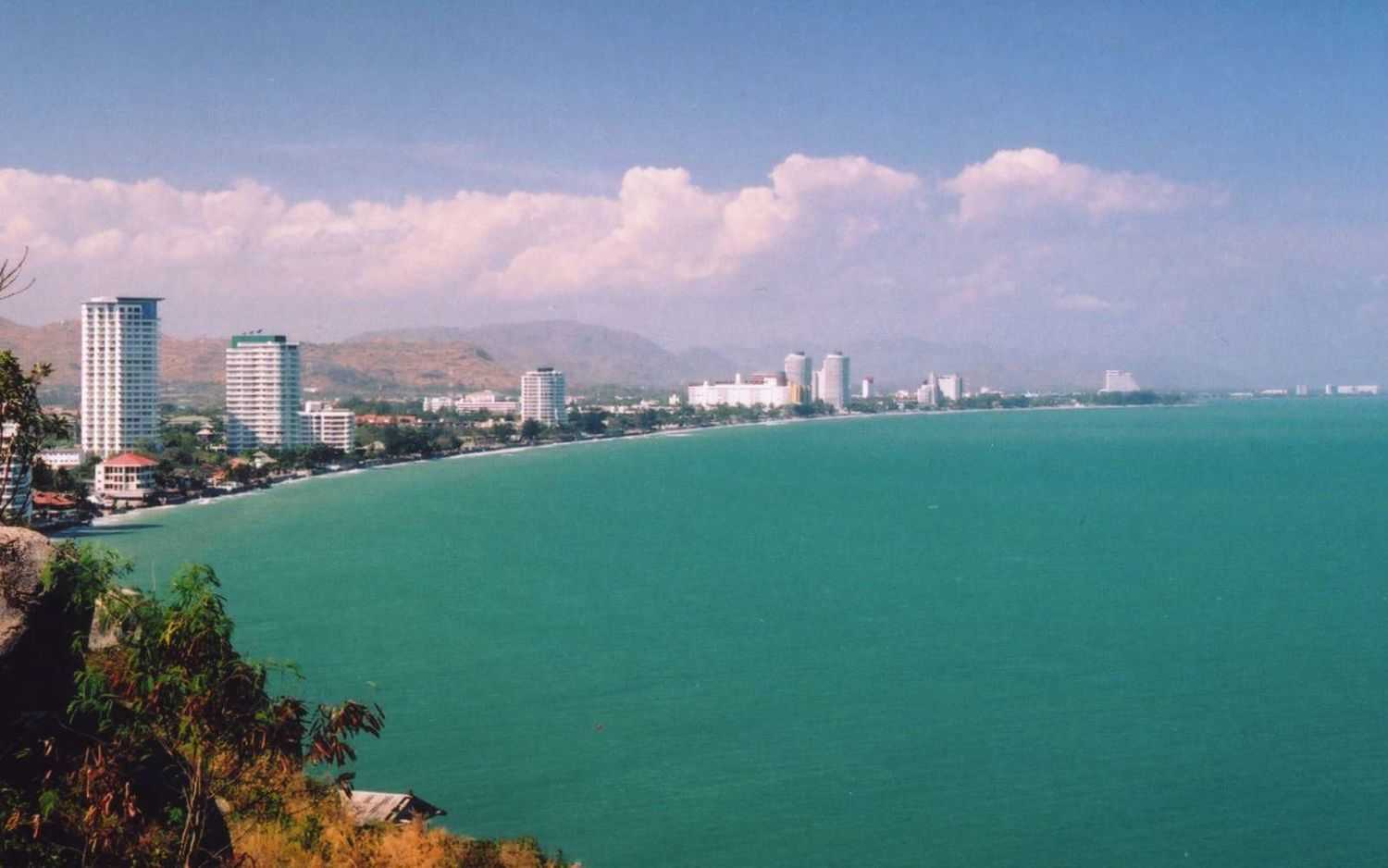 Hua Hin (Thai: หัวหิน, IPA: [hǔə hǐn]) is one of eight districts (amphoe) of Prachuap Khiri Khan province in the northern part of the Malay Peninsula in Thailand. Its seat of government, also named Hua Hin, is a beach resort town. The district's population was estimated at 65,983 in December 2019 by the Bureau of Registration Administration[1] in an area of 911 km2 (352 sq mi). By road, it is 199 km (124 mi) south-southwest of Bangkok.

Hua Hin district is in the middle of what the Thai government is promoting as the "Thai Riviera", the stretch of coastline between Phetchaburi in the north and Chumphon in the south.[2]