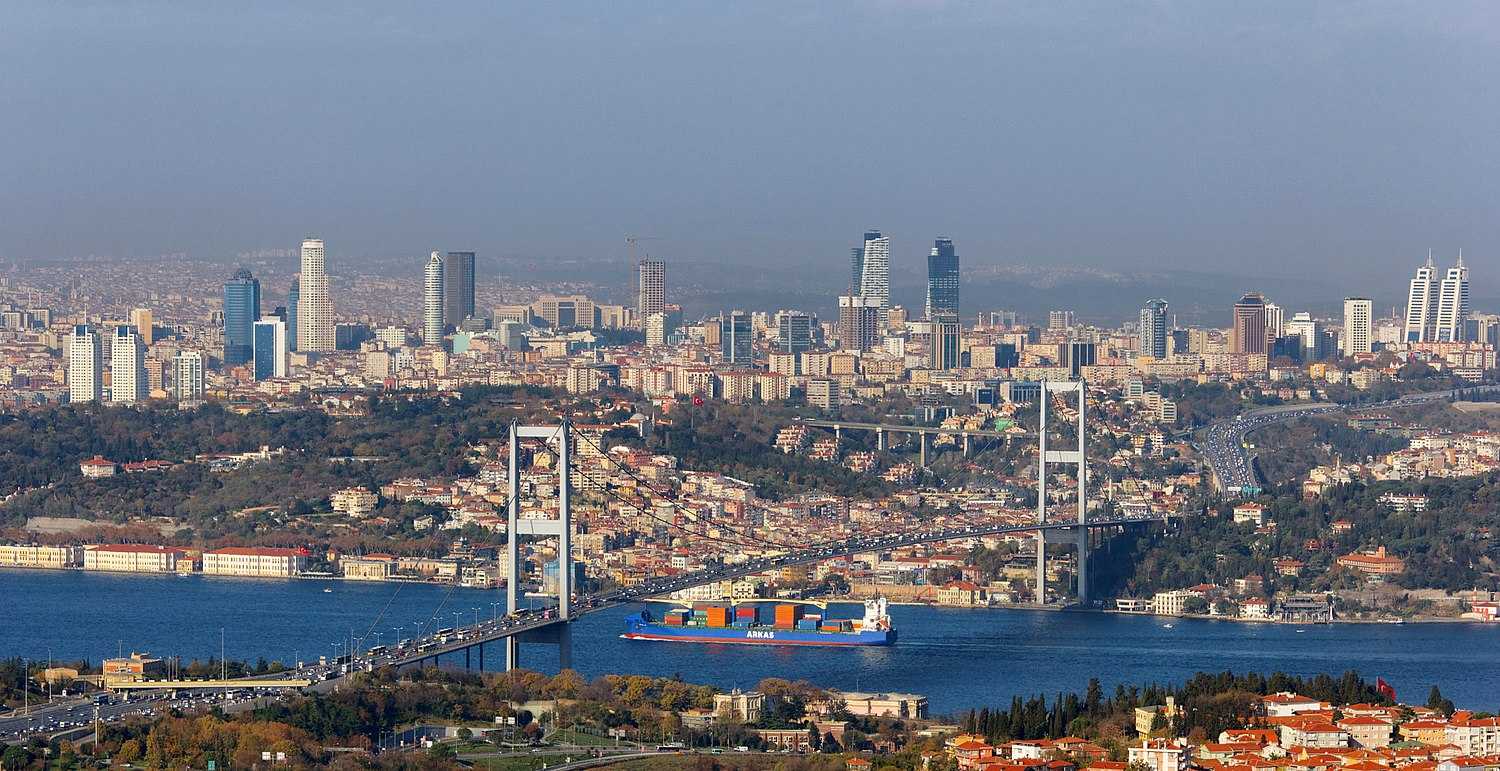 listen)), formerly known as Constantinople[lower-alpha 2] (Greek: Κωνσταντινούπολις; Latin: Constantinopolis), is the largest city in Turkey, serving as the country's economic, cultural and historic hub. The city straddles the Bosporus strait, lying in both Europe and Asia, and has a population of over 15 million residents, comprising 19% of the population of Turkey.[4] Istanbul is the most populous European city,[lower-alpha 3] and the world's 15th-largest city.

The city was founded as Byzantium (Greek: Βυζάντιον, Byzantion) in the 7th century BCE by Greek settlers from Megara.[9] In 330 CE, the Roman emperor Constantine the Great made it his imperial capital, renaming it first as New Rome (Greek: Νέα Ῥώμη, Nea Rhomē; Latin: Nova Roma)[10] and then as Constantinople (Constantinopolis) after himself.[10][11] The city grew in size and influence, eventually becoming a beacon of the Silk Road and one of the most important cities in history.

The city served as an imperial capital for almost 1600 years: during the Roman/Byzantine (330–1204), Latin (1204–1261), late Byzantine (1261–1453), and Ottoman (1453–1922) empires.[12] The city played a key role in the advancement of Christianity during Roman/Byzantine times, hosting four (including Chalcedon (Kadıköy) on the Asian side) of the first seven ecumenical councils (all of which were in present-day Turkey) before its transformation to an Islamic stronghold following the Fall of Constantinople in 1453 CE—especially after becoming the seat of the Ottoman Caliphate in 1517.[13]

In 1923, after the Turkish War of Independence, Ankara replaced the city as the capital of the newly formed Republic of Turkey. In 1930, the city's name was officially changed to Istanbul, the Turkish rendering of εἰς τὴν Πόλιν (romanized: eis tḕn Pólin; 'to the City'), the appellation Greek speakers used since the 11th century to colloquially refer to the city.[10]

Over 13.4 million foreign visitors came to Istanbul in 2018, eight years after it was named a European Capital of Culture, making it the world's eighth most visited city.[14] Istanbul is home to several UNESCO World Heritage Sites, and hosts the headquarters of numerous Turkish companies, accounting for more than thirty percent of the country's economy.[15][16]