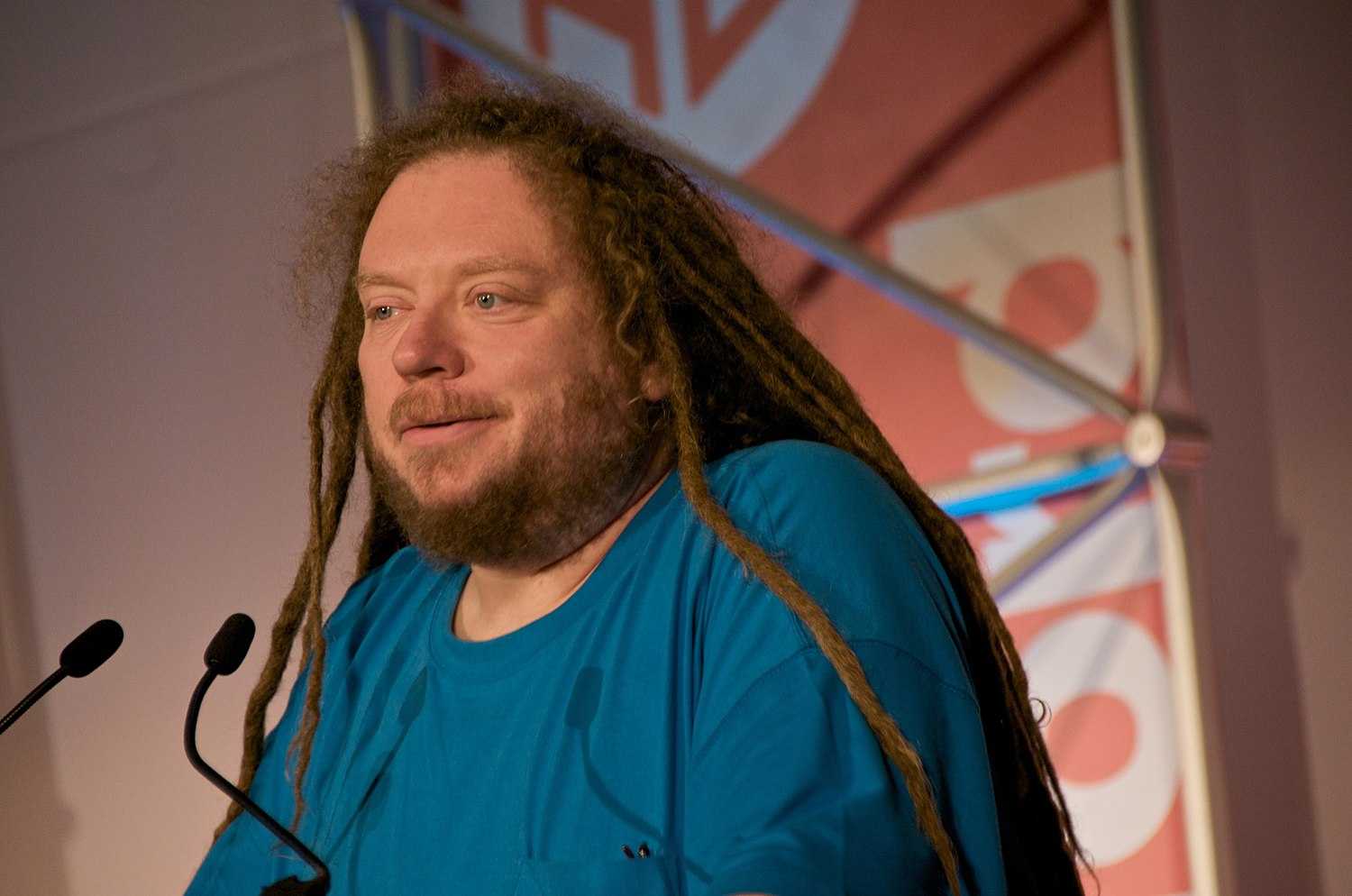 Jaron Zepel Lanier (/ˈdʒeɪrɪn lɪˈnɪər/, born May 3, 1960) is an American computer scientist[citation needed], visual artist, computer philosophy writer, technologist, futurist, and composer of contemporary classical music. Considered a founder of the field of virtual reality,[1] Lanier and Thomas G. Zimmerman left Atari in 1985 to found VPL Research, Inc., the first company to sell VR goggles and wired gloves. In the late 1990s, Lanier worked on applications for Internet2, and in the 2000s, he was a visiting scholar at Silicon Graphics and various universities. In 2006 he began to work at Microsoft, and from 2009 has worked at Microsoft Research as an Interdisciplinary Scientist.[2]

Lanier has composed contemporary classical music and is a collector of rare instruments (of which he owns one to two thousand[3]); his acoustic album, Instruments of Change (1994) features Asian wind and string instruments such as the khene mouth organ, the suling flute, and the sitar-like esraj. Lanier teamed with Mario Grigorov to compose the soundtrack to the documentary film The Third Wave (2007).