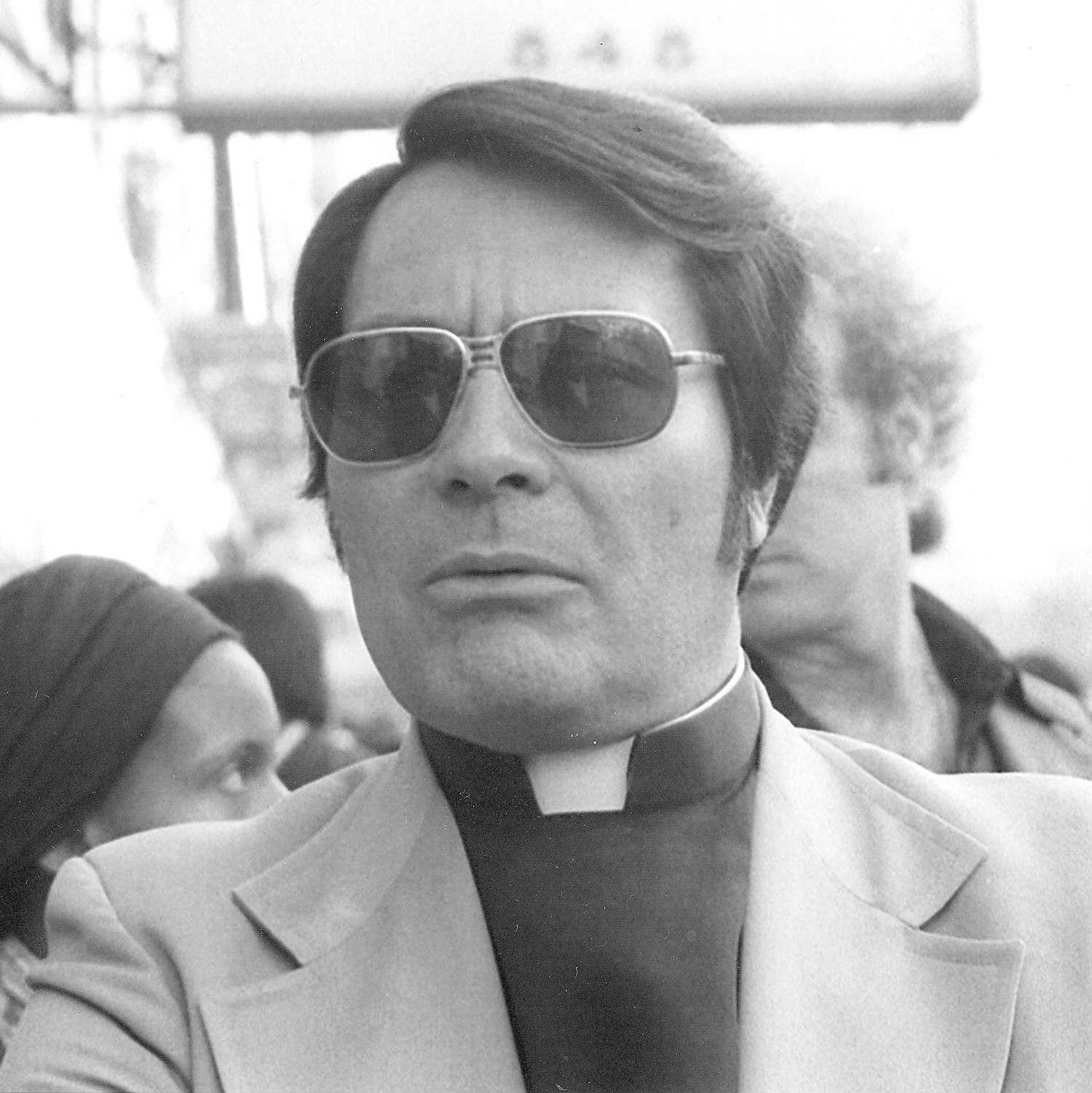 James Warren Jones (May 13, 1931 – November 18, 1978) was an American preacher, political activist and mass murderer. He led the Peoples Temple, a new religious movement, between 1955 and 1978. In what he called "revolutionary suicide", Jones and the members of his inner circle orchestrated a mass murder–suicide in his remote jungle commune at Jonestown, Guyana, on November 18, 1978. Jones and the events which occurred at Jonestown have had a defining influence on society's perception of cults.

As a child, Jones developed an affinity for Pentecostalism and a desire to preach. He was ordained as a Christian minister in the Independent Assemblies of God, attracting his first group of followers while participating in the Pentecostal Latter Rain movement and the Healing Revival during the 1950s. Jones' initial popularity arose from his joint campaign appearances with the movements' prominent leaders, William Branham and Joseph Mattsson-Boze, and their endorsement of his ministry. Jones founded the organization that would become the Peoples Temple in Indianapolis in 1955. In 1956, Jones began to be influenced by Father Divine and the Peace Mission movement. Jones distinguished himself through civil rights activism, founding the Temple as a fully integrated congregation, and promoting socialism. In 1964, Jones joined and was ordained a minister by the Disciples of Christ; his attraction to the Disciples was largely due to the autonomy and tolerance they granted to differing views within their denomination.

In 1965, Jones moved the Temple to California. The group established its headquarters in San Francisco, where he became heavily involved in political and charitable activity throughout the 1970s. Jones developed connections with prominent California politicians and was appointed as chairman of the San Francisco Housing Authority Commission in 1975. Beginning in the late 1960s, reports of abuse began to surface as Jones became increasingly vocal in his rejection of traditional Christianity and began promoting a form of communism he called "Apostolic Socialism" and making claims of his own divinity. Jones became progressively more controlling of his followers in Peoples Temple, which at its peak had over 3,000 members. Jones's followers engaged in a communal lifestyle in which many turned over all their income and property to Jones and Peoples Temple who directed all aspects of community life.

Following a period of negative media publicity and reports of abuse at Peoples Temple, Jones ordered the construction of the Jonestown commune in Guyana in 1974 and convinced or compelled many of his followers to live there with him. Jones claimed that he was constructing a socialist paradise free from the oppression of the United States government. By 1978, reports surfaced of human rights abuses and accusations that people were being held in Jonestown against their will. U.S. Representative Leo Ryan led a delegation to the commune in November of that year to investigate these reports. While boarding a return flight with some former Temple members who wished to leave, Ryan and four others were murdered by gunmen from Jonestown. Jones then ordered a mass murder-suicide that claimed the lives of 909 commune members, 304 of them children; almost all of the members died by drinking Flavor Aid laced with cyanide.