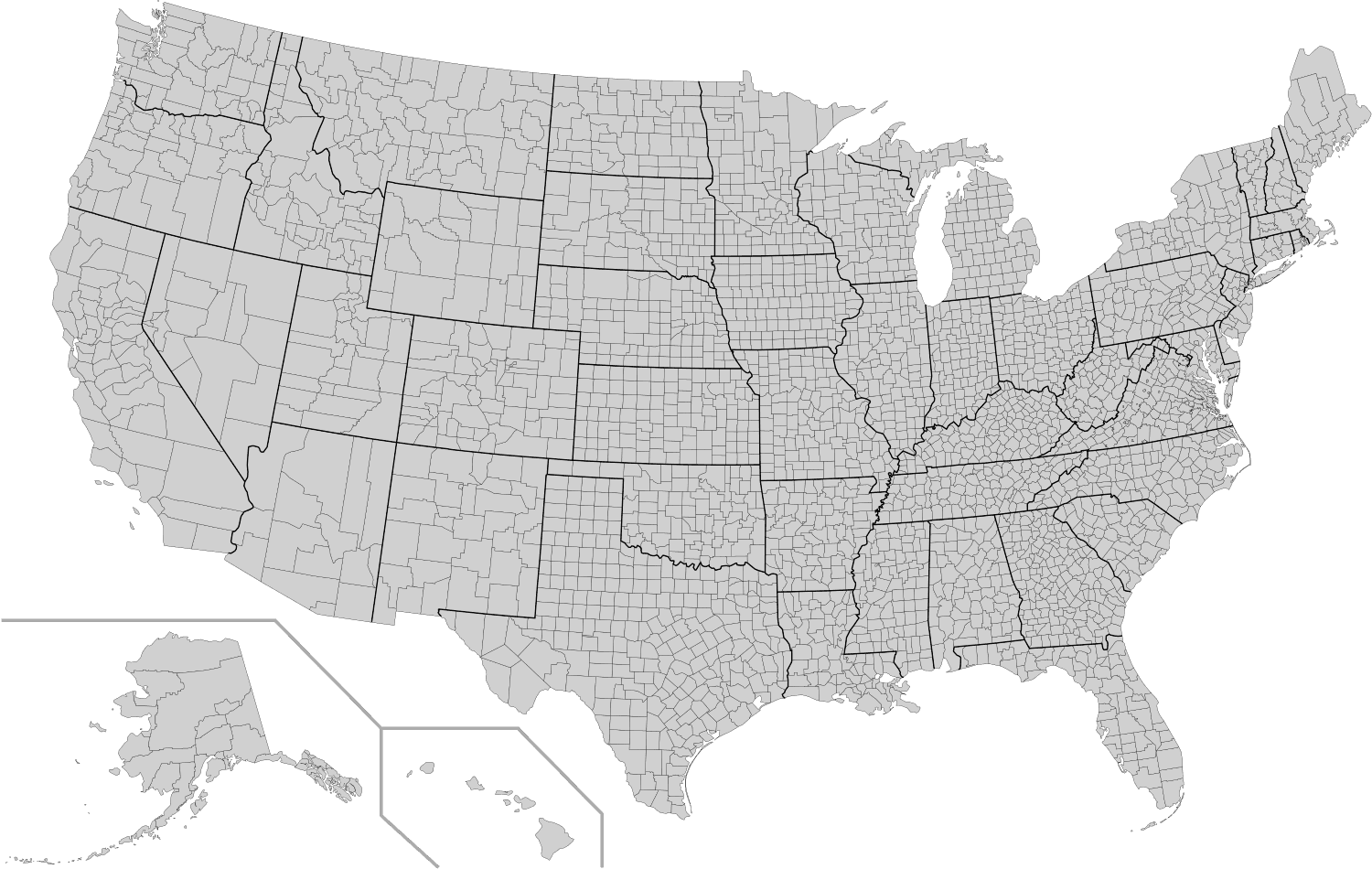 This article lists the 3,243 counties and county equivalents of the United States.[1][2][lower-alpha 1] The 50 states of the United States are divided into 3,007 counties, political and geographic subdivisions of a state;[3] 236 other local governments and geographic places are also first-order administrative divisions of their respective state/district/territory, but are called by different names. The latter are referred to collectively as county equivalents by the United States Census Bureau. The 236 county equivalents include 100 equivalents in the territories (such as those in Puerto Rico) outside the 50 states and the District of Columbia. The large majority of counties and equivalents were organized by 1970. Since that time, most creations, boundary changes and dissolutions have occurred in Alaska and Virginia.[2]

Among the 50 states, 44 are partitioned entirely into counties, with no county equivalents. Louisiana is instead divided into 64 equivalent parishes, while Alaska is divided into 19 equivalent boroughs and 11 sparsely populated census areas, the latter also known collectively as the unorganized borough. Virginia is composed of a mixture of 95 counties and 38 independent cities. Maryland, Missouri and Nevada are each composed entirely of counties, except that each also has exactly one independent city: Baltimore, St. Louis, and Carson City, respectively. The District of Columbia is a single federal district that is not part of any state or county. All of the above 136 exceptional cases are reckoned as county equivalents. The number of counties (or equivalents) per state ranges from the three counties of Delaware, to the 254 counties of Texas. In New England, where the town model predominates, several counties have no corresponding local governments, existing only as historical, legal, and census boundaries. These are the counties of Connecticut and Rhode Island,[4][5] as well as eight of Massachusetts' 14 counties.[6] In all, the 50 states consist of 3,142 counties and equivalents. Adding the District of Columbia gives 3,143.